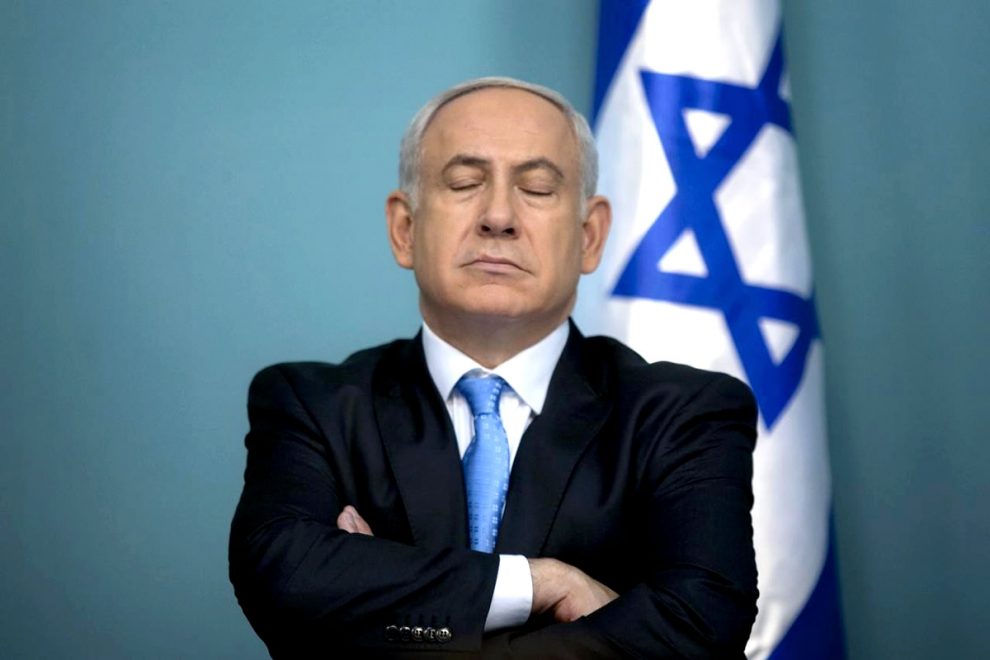 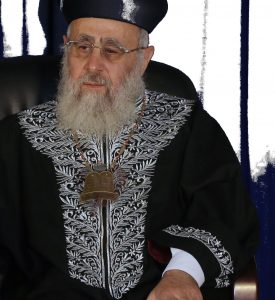 Comment: Benjamin Netanyahu has come to depend on extremist rabbis and the ultra-orthodox community for his political survival, writes CJ Werleman.
Last month, Israel’s chief Rabbi, Yitzhak Yosef, compared black people to monkeys during his weekly sermon, and then later defended his crass and racist epithet by arguing his vulgarity is supported by the Jewish Talmud.

Last year he compared secular women to animals because of their ‘immodest’ clothing choices, and the year before claimed non-Jews exist in Israel for one purpose only: to serve Jews.

Then there is Rabbi Ophir Wallas of Bnei David Military Mechina, who claimed in a video published last week that Israeli soldiers have a scriptural right to exterminate the Palestinian people, and that the only thing stopping Israel from carrying out his alleged religious dictum is the fear of “massive retaliation”.

“Even if I don’t conquer Gaza right now, [conquering it] is part of my ability to settle the Land of Israel, so it is also a part of the mitzvah of conquering the Land. And therefore it follows, there’s no other way; like, we’d have to kill them all.

“Because this is the difference between the Law of the Persecutor and mitzvah wars. […] A mitzvah war of conquering the Land, which is not limited to saving the people of Israel from their enemies, according to some of the Rishonim I could, on the face of it and by the essential law, destroy, kill and cause to perish all of them.

“I will not do so, because if I were to do so, and reject international treaties, then the State of Israel shall perish, unless we shall witness a miracle of miracles – and one must not trust in a miracle. And that’s the only reason I won’t do it.”

” Worryingly, these genocidal pleas are not confined to the hyper-religious class, or even a select few Jewish extremists “

In Israel, a mechina is a pre-college school that prepares high school graduates for military service with extremist interpretations of the Jewish torah.

Rabbis of the Bnei David Military mechina have a long history of demonising women and gays, but Rabbi Wallas is the first to so overtly urge a genocide against the indigenous occupants of the land: The Palestinian people.

But extremist rabbis are becoming the norm, not the exception.

Worryingly, these genocidal pleas are not confined to the hyper-religious class, or even a select few Jewish extremists.

They’re echoed and endorsed by current members of Israel’s parliament – the Knesset – including members of Netanyahu’s government.

For instance, Israel’s justice minister Ayelet Shaked described the entire Palestinian population as “the enemy“, and called for the destruction of Palestinians, including the “elderly and women,” while Israeli Defense Minister Avigdor Lieberman stated there are “no innocent people in Gaza” in response to the recent unarmed protests in the enclave, effectively likening all Palestinians to pests that must be wiped out.

As a result of these extremist Jewish schools, like the mechina Rabbi Wallas leads, more than 40 percent of graduates of the Israeli army’s infantry course are described as “religious Zionists,” which is no surprise given the stated goal of these schools is to build a “new generation of IDF officers who would replace the secular, left-wing kibbutzniks, whose numbers were already shrinking,” observes Anshel Pfeffer for the Israeli publication Haaretz.

In a 2014 op-ed, Pulitzer Prize winning journalist Chris Hedges compared Israel to the self-proclaimed Islamic State (IS), asserting, “Its tactics are much like those of the Jewish guerrillas who used violence, terrorism, foreign fighters, clandestine arms shipments and foreign money, along with horrific ethnic cleansing and the massacre of hundreds of Arab civilians, to create Israel.”

While one may argue over the accuracy of Hedges’ metaphor until the proverbial cows come home, there is no arguing that Israel’s leading religious figures are every bit as maniacal and extreme as the fake Islamic imams, mullahs, and sheikhs put forward by IS, al-Qaeda, the Taliban and the likes to give their respective organisations a veneer of Islamic bona fide.

Now imagine for a moment if Palestinians or members of the Palestinian Authority called for the systematic extermination or the expulsion of all Jews from Israel.

It would be the headline on the front page of every newspaper in the western world, but these pro-genocide comments by Israel’s religious and political leaders go largely ignored.

Even Hamas removed anti-Semitic language from its original 1987 charter, accepting an Israeli state based on 1967 borders.

But the longer Israel’s illegal occupation goes on, the more extreme the discourse at all levels of Israeli society becomes, particularly among the country’s religious class, and it has had deadly effects.

According to the United Nations, settler violence against Palestinians in the occupied territories has risen significantly in recent years. Palestinian homes are frequently attacked with Molotov cocktails, while olive farms – the lifeblood of the Palestinian economy – are routinely destroyed.

“The rise in settler radicalism stems from several key factors: the growth of the settler population over the past generation, the diversification of religious and ideological strands among it, and the sense of betrayal felt by settlers following Israel’s withdrawal from the Gaza Strip in 2005,” observes the Brookings Institute.

In decades past, these extremist rabbis were dismissed as a fringe by-product of Israel’s colonial project in the West Bank.

Indeed, the West Bank settler movement was inspired by a pair of extremist rabbis who interpreted Israel’s illegal seizure of the Palestinian territories as fulfillment of messianic prophecy.

But now that settler movement – which has ballooned to nearly one million illegal Israeli settlers – has become increasingly intertwined with mainstream political discourse and policy.

It was extremist rabbis, who equivocated making peace with the Palestinians to be a treacherous act deserved of death, and who, in turn, inspired Yigal Amir to assassinate Israeli Prime Minister Yitzhak Rabin in 1995.

At his court hearing, Amir testified, “According to Jewish law, the minute a Jew gives over his people and his land to the enemy, he must be killed. My whole life has been studying the Talmud and I have all the data.”

The ever increasing mainstreaming of Israel’s extremist rabbis also fuels the “Hilltop Youth,” a quasi-gang of teenage and twenty-something Zionist thugs, many of whom originate from the United States, who terrorise Palestinian communities with threats and acts of violence in order to establish more and more illegal Jewish outposts throughout the occupied Palestinian territory.

The “Hilltop Youth” are inspired by a radical religious concept espoused by extremist rabbis called “rodef,” or pursuer. According to this interpretation of Jewish law, one may carry out a preemptive killing if the victim is considered a potential threat to another Jew.

It was this “pursuer’s decree” that inspired Amir to assassinate Rabin, who claimed the slain Israeli prime minister had jeopardised the lives of all Jews by entering a peace agreement with the Palestinians.

The current Israeli prime minister, Benjamin Netanyahu, has come to depend on extremist rabbis and the ultra-orthodox community for his political survival.

Without their respective support, he is finished. To that end, it’s Netanyahu’s refusal to condemn those who call for genocide of the Palestinians that makes these radicals all the more normal, and ever more dangerous.