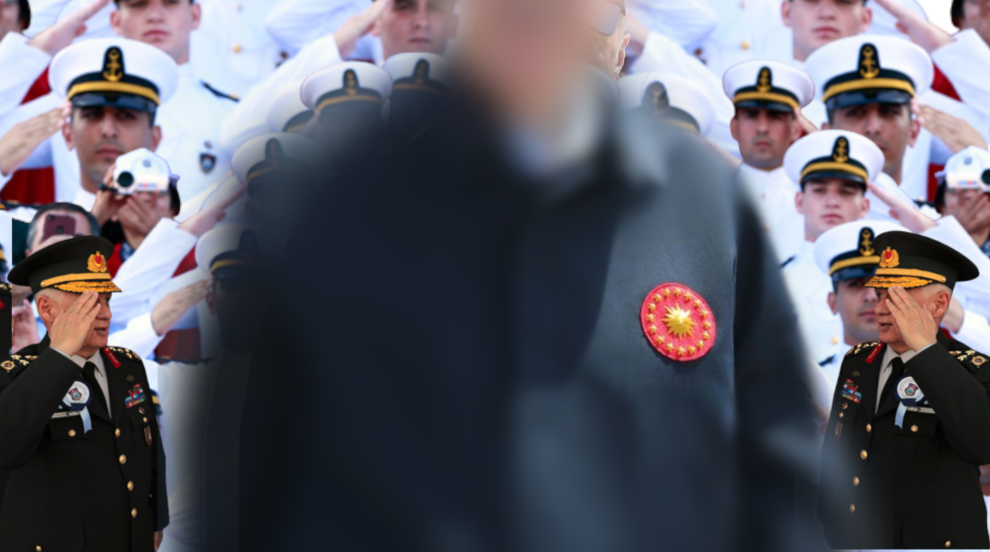 I know Linton Weeks because he is one of the first digital editors – if not the first. When the newspapers and television stations forayed into the internet with their websites in the mid-1980s, Mr. Weeks became the first director of The Washington Post’s website, Washingtonpost.com. Weeks wrote a hilarious analysis more than a decade ago on political applauses. The occasion was then-U.S. President Barrack Obama’s State of the Union address, which, according to Weeks, had been “interrupted by repeated bursts of approbation.” He wrote: “Please hold your applause. Hold it up to the light and examine it closely” to see if it was a show of mere approval and support or if it was “stirring discomfort in some observers … lending the affair an inappropriate pep-rally atmosphere.”

Since I read Weeks’ article, I have been trying to judge any exuberant applause in a political event to see whether, in Weeks’ terms, it was moving the needle favorably or unfavorably on the political barometer. So, when Türkiye’s prominent opposition leader and the organizer of the anti-Erdoğan alliance of the six parties, Mr. Kemal Kılıçdaroğlu, criticized military commanders who applauded President Recep Tayyip Erdoğan’s speech during the delivery ceremony of the new generation “Storm” (Fırtına) howitzers at one of the sites of the National Defense Ministry, another analysis of “politics of applause” became unavoidable.

Referring to Kılıçdaroğlu’s latest visits to the U.S., U.K. and Germany, Erdoğan, against the backdrop of the newly delivered military defense equipment, said last Tuesday, “We, on the other hand, put these giant works into service with our local engineers and with our workers.” Top military brass and the minister of defense were at the ceremony along with workers of the factory, and they applauded these words.

The following day, Mr. Kılıçdaroğlu strongly criticized commanders for their applause. “Yesterday, we witnessed the state’s decaying; soldiers were applauding Erdoğan’s lies,” he said. “I would never want the military to applaud me,” Kılıçdaroğlu said. “Military commanders should know their place, and they should never be involved in politics.”

Once again, Weeks was right: There is such a thing as the “politics of applause,” and Mr. Kılıçdaroğlu had a point when he said Turkish top military officers were involved in politics. The question is the nature of that politics: not only the commanders of all branches but several hundreds of military and civilian workers, engineers and other crafts were also involved.

From Weeks’ article titled “A User’s Guide to The Politics of Applause,” we learn that, according to Clark McPhail, a professor emeritus in sociology at the University of Illinois, there are two versions of applause: clappers and claqueurs. McPhail says, “People clap to show approval.” But some people in a gathering are “shameless or enthusiastic devotees of the person onstage” who overdo applauding the speaker or performer. If you please check Weeks’ article, you’ll see that the study of applause is a significant scientific area.

From here, I will jump to another area of scientific research: “defense diplomacy.” It is a relatively new term, with a few doctoral theses and political policy papers with these terms in the title. Dr. Lech Drab of the War Studies University in Warsaw has recently published a comprehensive article explaining the concept and summarizing its implementation.

The term is relatively new, but the idea is not: All nations have been engaged in it since the Cold War era’s end. Cold or not, all countries were in constant danger of war in that era. The war was not the result of a traditional conflict between two or more nations and the clash of their armies in a war field. Now, the nations would annihilate each other’s towns and cities, wiping out millions of people in a flash of an eye. Nations would render a “nuclear holocaust” in a short hour with several thermo-nuclear devices. It was so easy and final that it became its own obstructor: A nuclear war that could kill 99% of the world’s population could not be started because its “mutually assured destruction” (MAD) would leave no one to enjoy the victory. Yet, nations continued to build more and more of those bombs; from 1947 to 1991, when the Soviet Union dissolved itself into its component republics, we lived in that terror.

Drab explains that with the demilitarization of international relations, a broader perception of the roles of the armed forces has been normalized. They were no longer the “world and humanity destroying vehicles” but assumed their traditional offensive, defensive or deterrent roles: war-winning machinery.

Now the main actors of international relations, diplomats, regained their importance with a minor nuance: The armed forces would not yield their all-important stance in international relations. The old armies had a new scope: to win wars when needed and, until then, help the diplomats to keep and fortify the peace. Hence, “defense diplomacy.”

Drabs warned that “defense diplomacy” should not be understood as traditional “military plus diplomacy.” While the states try to adapt their diplomatic efforts to the needs of their security policy, their military tries to adapt to the peace policy. Yes, it is a little convoluted as a concept, but showing examples of its implementation makes it not so complex and difficult to follow: While armies are keeping their traditional strength (like, building better howitzers and APC, UAVs, AUAVs, Turkish Fighter X, national submarines, even an aircraft carrier, etc., etc., and delivering them to the generals in huge, flashy and showy ceremonies) the civilian governments (not military-industrial complexes, but simple majority governments elected in fair and safe voting process) use them in more and more diplomatic tasks.

Drabs’ summation is very expressive: “The main goal of defense diplomacy is the co-formation and implementation of the state security policy, and its task – to create stable, long-term international relations in the field of defense.”

The Erdoğan administration has been engaged in defense diplomacy in line with Drabs’ “action items” for the last two decades. Here are some examples:

– Appointing and accepting defense attachés to and from all neighbors,

– Signing contracts and agreements in the field of defense,

– Supporting partners in reforming the security sector and developing their capacity to participate in military operations,

– Provide education in military academies for military and civilian employees of ministries,

– Supplying military equipment and materials to several neighbors and other nations,

– Organizing visits of aircraft, ships and other military equipment in friendly countries,

– Supporting military infrastructure necessary for mutual defense with other nations.

Thus, your military is focused on building trust with other nations in regional and global contexts; and you, as the civilian government, maintain a dialogue with partners. Drabs says your defense diplomacy “directly contributes to strengthening trust and understanding in international relations.”

I think the generals and admirals, as well as the civilian workers at Erdoğan’s ceremony, showed their support for the defense diplomacy resulting from the government’s policy, domestic and international. Mr. Kılıçdaroğlu should not be shocked by their applause; it was an enthusiastic support of a national cause. Moreover, he should be part of it!