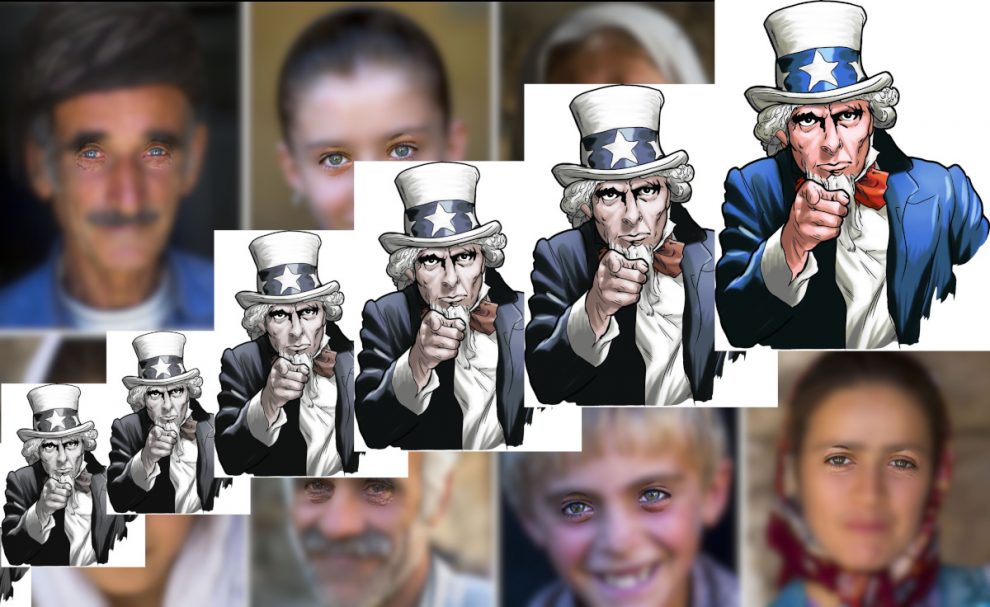 Ignorance can be educated. Crazy can be medicated. But there is no cure for stupid.” – Anonymous

I wonder if the commanders and fighters in the People’s Protection Units (YPG) ranks have been angry at themselves for putting so much trust in the United States political administrations and the American establishment after last month’s unexpected decision by U.S. President Donald Trump to pull the U.S. troops out of Syria.

Conventional wisdom suggests that those who don’t study history are doomed to repeat it. Maybe because the racist-separatist political movements and the internationally designated terrorist ones such as the PKK and its Syrian wings are mostly coming from a Marxist communist ideology; they don’t believe that history ever repeats itself. The communist godfather Hegel’s “Philosophy of History” must have indoctrinated the founders and current members of communist terrorist organizations: “But what experience and history teach is this – that people and governments never have learned anything from history, or acted on principles deduced from it. Each period is involved in such peculiar circumstances, exhibits a condition of things so strictly idiosyncratic, that its conduct must be regulated by considerations connected with itself, and itself alone.”

I guess terrorism kills the brain cells and wipes out all rational reasoning capacity.

It wasn’t long ago that the Kurds led by Masoud Barzani in the northern part of Iraq, supposedly encouraged by their American and Israeli friends, held a referendum on Sept. 25, 2017. The electoral commission said 92 per cent of the 3.3 million Iraqi Kurds and non-Kurds who cast their ballots supported secession from Iraq. The U.S. was one of the first countries to wake them up from that disastrous delusion by calling it a mistake and failing the Kurds.

In 1975, the shah of Iran agreed on a border treaty with Saddam Hussein and the U.S. did nothing to help the Iraqi Kurds except to offer Mustafa Barzani a safe home in northern Virginia. The separatist Iraqi Kurdish citizens paid a horrific price for trusting their “allies” as always. Henry Kissinger mockingly said, never mind the Kurds “if they can’t take a joke” and “covert action should not be confused with missionary work.”

After the Iraq-Iran War, the Ronald Reagan administration had allied with Iraq against Iran and did nothing to help the Kurds when Saddam was most brutal in the persecution and mass murder of Kurds who helped Iran.

In 1991, George Bush was silent to the plight and the massacre of Kurds in the hand of Saddam. It was Turkey that offered a safe haven to Kurdish refugees fleeing from Iraq.

Again, the U.S. didn’t or couldn’t risk anything to help YPG terrorists when Turkey carried out Operation Euphrates Shield and Operation Olive Branch with the Free Syrian Army (FSA) forces in Jarablus and Azaz in 2016-2017 and later in Afrin in 2018. When their six-year-old Afrin canton suddenly became a waste carton, the lasting legacy of American betrayal in the region should have dawned on the decision-makers at the PKK-YPG. The pattern of stupidity in the separatist movements, the tendency to unconditionally believe in the U.S. and follow its game plans, clearly proves that none of them is independent, and most likely are operated by the Department of State.

When your dream ıs your neighbour’s nightmare

The politicians and political or terrorist groups in the Middle East have a tendency to not see the forest for the trees. Mesmerized by the bombastic white man’s polished image, they are ready to go with the Western flow. They prefer to believe in the lies and promises of their so-called friends such as Brett McGurk, the U.S. special envoy for the global coalition to defeat Daesh, rather than seeing the big picture where Western heritage paints every Eastern group that doesn’t rest on a Judeo-Christian background with the same imperialist-colonialist brush.

After decades of Western betrayal and “grand Kurdistan” lies, will the separatist PKK-affiliated movements and terrorist groups continue to dishonourably live like the hunting dogs of the West or start a new page of disarmament and peaceful coexistence with their Turkish, Arab and Farsi neighbours?