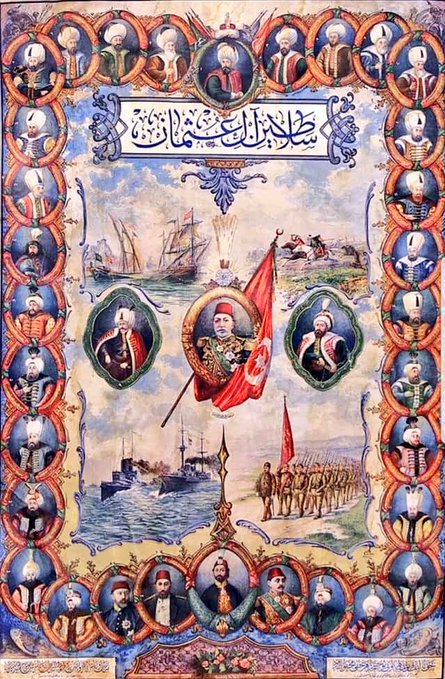 The Ottoman Caliphs were devout Orthodox Sunni Muslims who followed the Maturidi/Ashari school of theology which is followed by Ahle Sunnah Wal Jamah (the largest group of Muslims). From a young age the Ottoman Princes were trained in religious sciences like Tafaqaha (Fiqh) and Tassawafa (Sufism). Also a sense of great Love and Adaab (respect) for Allah and His Beloved Prophet Muhammad ﷺ were instilled in them from a very young age.

All Ottoman Caliphs practiced Sufism which is the Islamic science of Self-Purification or Tazkiya e Nafs. They were trained in spiritual warfare to overcome the trial of lusts and desires in order to stay committed to the service of Islam and attain piety.

All Ottoman Caliphs followed a particular Sufi Order and a Murshid (Spiritual Guide) in order to help them achieve perfection in this spiritual warfare and become the best of Muslims. Another purpose of this was to develop a habit of constant self-accountability to remain modest before Allah.

There were a couple of ways the Caliphs achieved this. Foremost they used to practice Zikr of Allah outwardly and inwardly by attending Zikr Gatherings. They also wore Shroud Turbans as a constant reminder of death and their meeting with their Lord.

When Caliph Kanuni Sultan Suleyman Han felt arrogance inside him after the victory in Battle of Mohačs, he spent a night by sleeping inside a real grave to humble himself and defeat his ego.

Caliph Yavuz Selim was returning to Isntanbul after successful campaigns in Iran, Syria, & Egypt to unite the Islamic world, he refused to enter Isntabul in day time as he feared that all the pomp & celebration would spiritually damage him and his military. Thus, he ordered his army to enter the city in the darkness of the night.

Ottoman Caliphs were also blessed with a infinite love for Prophet Muhammad ﷺ who Himself is the Beloved of Allah. The Ottoman Caliphs used to show their love for Prophet Muhammad ﷺ in unique but amazing ways. They used to wear the Blessed Broom used for the cleaning the Prophet’s Tomb as their headgear. Caliph Ahmet I had the image of the Prophet’s Bleased Sandals sewed on his Kaftaan (Shirt) which he used to wear with great passion.

Some of the Caliphs also expressed their love by writing Naat Shareefs ( Poetic Praises of Prophet Muhammad ﷺ). It was a habit of the Ottoman Caliphs to stand up with respect when listening to the letters sent by the Governors of Makkah and Madinah.

After assuming the office of Caliphate Yavuz Sultan Selim sent a huge amount of gold coins to be distributed in the Holy Cities of Makkah and Madinah.

The Holy Relics of Prophet Muhammad ﷺ were transferred to Istanbul via a special caravan. These Holy Relics were kept inside the Has Oda (Privy Chamber) at the Topkapi Palace. The Audience Chamber, also known as the House of Petitions (Arzhane) houses a piece from a tooth of Muhammad (Dendan-ı Saadet), hair from the beard of Muhammad (Sakal-ı Şerif), the Seal of Muhammad (Mühr-ı Saadet), an autographed Letter of Muhammad (Name-ı Saadet), and Muhammad’s swords and bow in their exclusive reliquary made by Ottoman goldsmiths.

These are known as the Sacred Trusts (mukkades emanetler). The Qur’an is recited continuously by a mufti in this chamber which is a practice started by Caliph Yavuz Sultan Selim Han and restarted later on after the fall of Caliphate. The Chamber of the Blessed Mantle houses the latticed silver canopy under which the Blessed Mantle and the Holy Banner of Muhammad are kept in their golden chests.

And ultimately the Ottoman Caliphs proved their love for Allah & His Prophet ﷺ by showing utmost loyalty and sincerity for the Muslim Ummah.