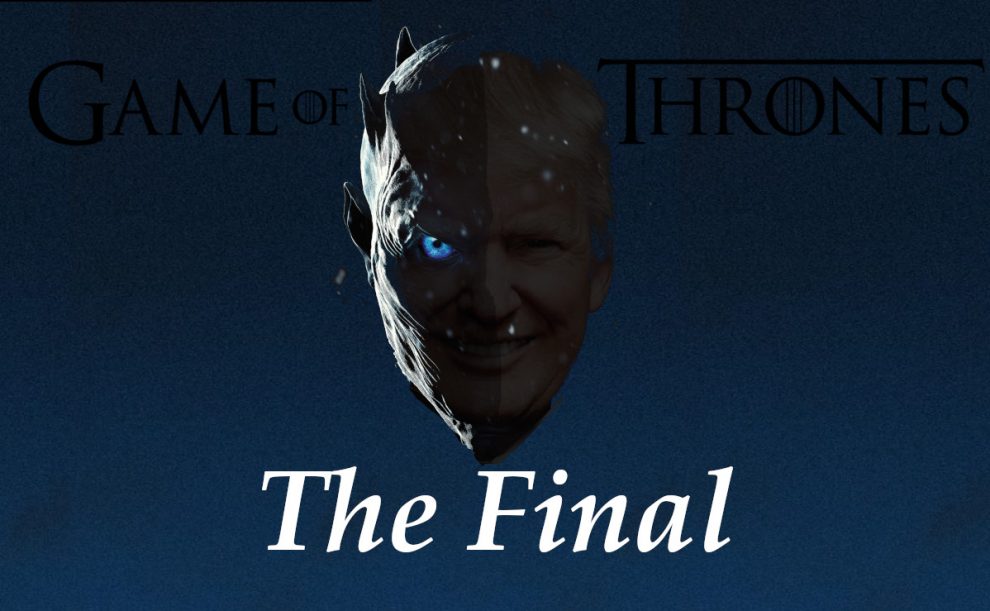 If you think Interior Minister Süleyman Soylu and Justice Minister Abdülhamit Gül breathed a sigh of relief after those horrible U.S. sanctions against them were finally lifted, you are very much mistaken. Could they be relieved because now they might have access to their millions in the U.S. banks? As they said when those ludicrous sanctions were declared they do not have one red penny in any bank in America. They are patriotic government workers under whose watch pastor Andrew Brunson was arrested and handed over to the justice system.

It still seems terribly difficult to comprehend for some people in the U.S. that the public prosecutors in Turkey are independent of the Justice Ministry’s interference. Unlike in the good old U.S., the prosecutorial buck does not stop at the president’s desk. There is an independently elected board of justices and prosecutors and the minister of justice and his permanent secretary are members ex officio.

As of yesterday, all nations save eight are ordered by the U.S. not to buy oil from Iran. Those who buy Iranian crude will be sanctioned and their ships will suffer a blockade by the U.S. Navy. The European Union countries, Russia, China and India already announced that they will continue buying Iranian oil despite U.S. threats and warned that they will break any U.S. siege with military force. Iran says that if they cannot export oil, nobody in the Persian Gulf will be able to export either because they will close the Strait of Hormuz.

Amid this chaotic environment, Secretary of State Pompeo said that eight nations, which other officials identified as U.S. allies such as Italy, India, Japan, South Korea and Turkey, will graciously receive temporary waivers, allowing them to continue to import Iranian petroleum products for a limited period, as long as they end such imports entirely.

Turkey imports almost nearly half of its oil needs from neighbouring Iran. Even if Turkey wants to ask Iraq and Azerbaijan, the countries sending oil to Turkey via pipelines, they cannot do it.

Turkey, like other European countries and neighbouring Russia, said that it would continue importing oil from Iran – exempted or not. The U.S. waiver may save the Turkish officials from some nasty skirmishes with them.

The long and short of it is if the U.S. officials hope that lifting the sanctions against the two ministers and exempting Turkey from the Iranian oil embargo is going to lead to a normalization of relations between the two countries; they need to know that it will require more, much more than that.

In fact, the path to anything that would fairly resemble normalization is full of roadblocks. However, before starting to identify some of them, one has to remember that the illegal U.S. sanctions and its lawless, cowboy-like bullying attitude are just a game from the pages of HBO’s hit TV series Game of Thrones.

Trump has even posted Game of Thrones-style images of himself ahead of the sanctions. One false move by the U.S. Navy while trying to stop a tanker carrying Iranian oil could have the same effect as Gavrilo Princip’s shooting of Archduke Franz Ferdinand of Austria.

If the U.S. wants normalization of ties with Turkey, it should heed the official requests of extradition of Fetullah Gülen and his co-conspirators.

In addition, Hakan Atilla, the Halkbank official who was sentenced 32 months in prison for allegedly helping Iran evade U.S. sanctions, should be released. There was no proof against him. The judge who presided over the hearings and sentenced Atilla is on the take from the Gülen’s armed terrorist group.

When you want to have normal relations with a nation, you do not consider those that they call terrorists your partners. When it has an ally like Turkey, the U.S. does not need other partners against Daesh terrorists in Syria.

The U.S. has a long way to go to even begin the normalization of ties with Turkey, let alone create normal relations if such a thing would ever be possible.

Strange bedfellows: Ideology trumps defense of ethnic, religious and minority rights
Khashoggi is just the tip of the iceberg in the Saudi crackdown on dissent
Comment