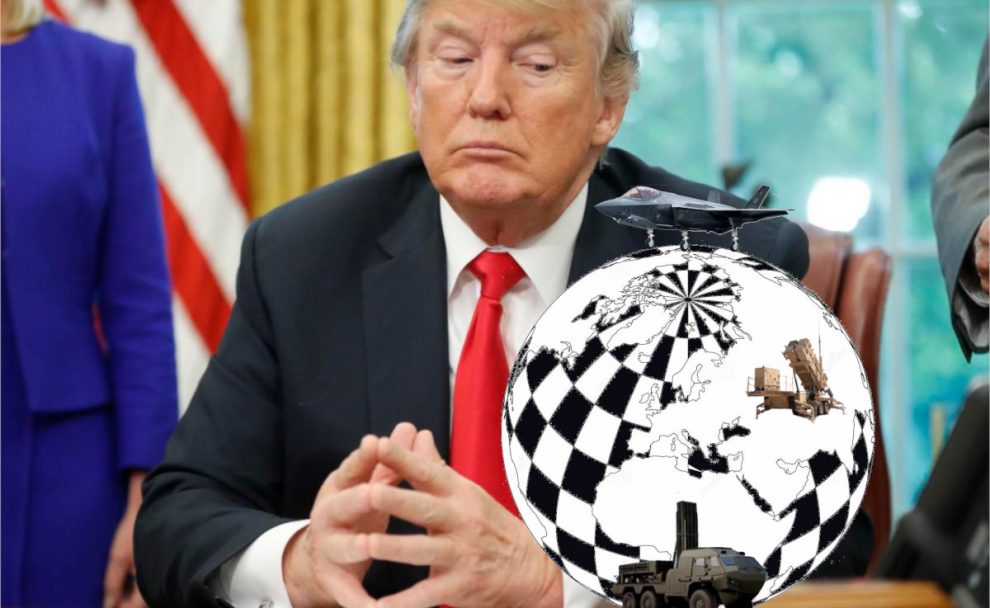 Among Turkey’s neighbors are Syria, a failed state, Iraq, which is still trying to recover from the damage done by the U.S. invasion, Greece, whose economy faced bankruptcy, and Russia, one of the most powerful countries in the world whose ambitions in the region are no secret to others. While almost all these countries have air defense systems, Turkey does not have its own air defense system despite being a powerful country that boasts an advanced defense industry. How did this happen?

First, Turkey tried to purchase a Patriot air defense system from the U.S for almost a decade. But the U.S. did not agree with Turkey’s technology transfer condition as an attempt to improve its own defense industry, of which domestic production is 65 percent.

However, Italian-French Eurosam for the SAMP/T Aster 30 Eurosam was willing to transfer critical design information to Turkish defense contractors. In January this year, Turkey awarded Eurosam, Aselsan and Roketsan a contract for the definition study for the future Turkish Long-Range Air and Missile Defense System. The contract award, which was scheduled to last 18 months, was made during the meeting of President Recep Tayyip Erdogan and French President Emmanuel Macron in Paris. Russia also became the second country to make an air defense system deal with Turkey. Within the process, it is estimated that the countries will be involved in thorough interaction, especially during the first phase of the deal, including the transport of the systems and the training of those who will use the systems. It is not hard to predict that the trajectory of relations between Turkey and Russia will determine the issue of technology transfer. Consequently, it is normal for the U.S. to attempt to put an end to the S-400 deal before it is implemented since it is evident that a political partnership that goes beyond the defense system agreement has been flourishing between Russia and Turkey as of the Astana Process.

It can be argued that one of the turning points influencing this decision by Turkey is that the U.S. decided in August 2015 to pull the Patriot missiles deployed in southeastern Turkey after the Assad forces downed a Turkish F-16 and launched missiles that claimed the lives of many Turkish citizens.

The situation did not change although missile attacks from Syria that were aimed at civilians in Turkey continued. Besides, the one launching missiles this time was the PKK terror group’s Syrian offshoot, the People’s Protection Units (YPG). One month after the U.S. decision to pull the Patriots, along with Germany, YPG militants were represented in the U.S. as gallant warriors resisting Daesh through developments in Kobani, and following this, the U.S. Congress delivered weapons loaded in thousands of trucks to the YPG, whereas they abstained from selling such weapons to Turkey. In light of these developments, Turkey’s reluctance to Patriots can be understood more clearly.

Although the U.S. Defense Department hinted this year that they favor the idea of selling Patriots to Turkey, the U.S. suspended delivery of F-35 fighter jets to Turkey due to a political decision by the U.S. Congress and President Donald Trump; although Turkey is in the consortium of F-35 jets, and some parts of these jets are produced in Turkey, which is another important factor that makes it difficult to trust the U.S. on issues regarding defense industry.

Politics is done with trust and dialogue, not with bullying. For some reason, maybe for the euphoria caused by power, the U.S. seems to have forgotten the power of diplomacy. Turkey, on the other hand, does not tolerate any bullying and a threatening approach in its relations with any other country. Therefore, the rift between Turkey and the U.S. caused by the S-400 deal is only one of the reverberations of this situation.

Erdogan to Hold a Meeting in Cologne, A German Politician Might Join: Sources
One, two, three où va l’Algérie?
Comment