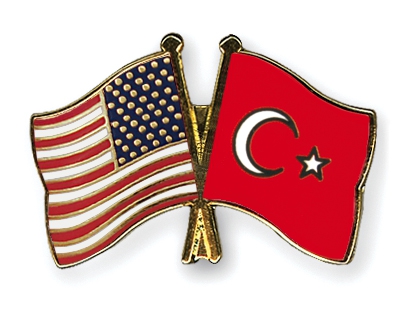 The ongoing war in Syria coupled with the United States’ failure to extradite Fethullah Gulen, a radical Muslim cleric indicted by Turkish prosecutors for, among a plethora of other grave offenses, staging last year’s attempted coup d’etat against the democratically elected government of Turkey, have badly deteriorated bilateral cooperation between the two nations.

The fact that Gulen remains free, living in luxury in Pennsylvania — even as he is investigated for a colossal taxpayer fraud scheme involving his largest in the nation network of charter schools — does not sit well with Turkey. Making matters worse, Gulen is to Turks what Osama bin Laden was to Americans and the attempted coup, for them, is analogous to 9/11, but this seems to fall on deaf ears at the U.S. Departments of Justice and State.

Such a stalemate among the two close allies is endangering real progress made in the war against the Islamic State, while providing Russia and Iran with a largely unchallenged and direct means of influence and access to the Middle East, as they each build toward hegemony in the region. The dearth of reliable allies in the region notwithstanding, Washington’s support for the PYD is weakening long-term U.S. geostrategic interests.

It is imperative for the U.S. to reestablish close dialogue and coordination with its Turkish partners, find a strategic common ground and refrain from further assisting the YPD rebel forces in Syria, Iraq and beyond.

Under the leadership of the Trump administration, the U.S. has made great strides against ISIS. However, the war’s implementation strategy is somewhat ambiguous and, in reality, has outflanked America’s genuine long-term interests. Simultaneously, Mr. Trump inherited the feckless and fuddled strategies of the Obama administration, ones that seem tailor-made to further the geostrategic interests of Iran and Russia, while leaving indispensable allies like Turkey and Israel in positions averse to long time stated American interests.

The Easiest Job in the West: Becoming a Turkey Expert
What is the US’s end game in Syria?
Comment