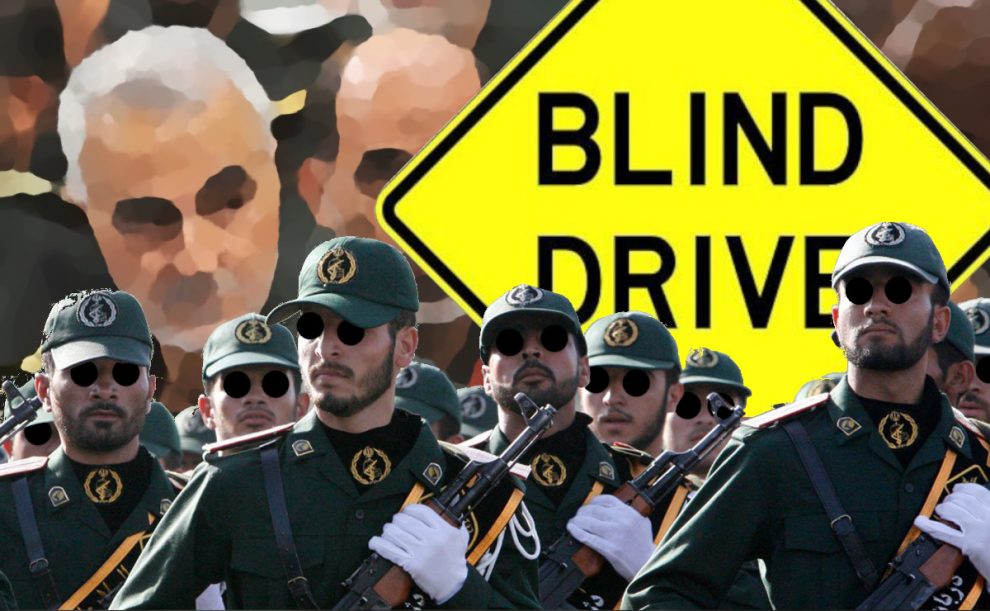 The opportunity the “neocons” were awaiting since Saddam’s invasion of Kuwait that would allow the Pentagon to start another surge of troops in the Middle East came on a golden platter from Iran’s Islamic Revolutionary Guard Corps (IRGC). That President Donald Trump needs as much support as he can get from the “Deep State” (or the Shallow State) against the liberals who are inching toward the “I-word” (even though an impeachment as a final result is politically impossible for the next two years), he didn’t think twice when the Pentagon asked for an additional 1,500 troops, missiles and Patriot defense systems.

This man was continuously resisting his defense and state secretaries who were against the idea of a pullout from Syria and Iraq. Finally, a few months ago he fired Rex Tillerson and James Mattis. He was willing “to bring all the boys home” and get rid of the PKK-extension, the Democratic Union Party (PYD), as the Pentagon’s “boots on the ground.” At the same time the Syrian opposition has got its act together and agreed on the composition of the constitutional commission to go to Geneva.

But, no! The IRGC had to have a reason to exist and receive all those millions of dollars (not Iranian toman, of course); so, they had to sabotage everything.

Hawks or doves, for any U.S. politician to endorse spending money on the military has always been a national duty since 1774; a pretext such as “against the Iranian threat” would simply make them stand up and start singing “The Star-Spangled Banner.” To save his budgetary face, Trump said shortly before departing for a trip to Japan this weekend that the purpose of this deployment is “mostly protective” and is meant to increase the security of forces already in the region. The military surge would include Patriot missiles, additional radar systems and 1,500 military personnel to maintain this equipment.

Would this make the IRGC wake up and smell the coffee? Of course not! While Iranian Foreign Minister Javad Zarif, as if trying to put some sense into the generals’ minds, said that the U.S. decision to deploy more troops to the Middle East in response to the perceived threat from Iran was “extremely dangerous” for peace; Gen. Morteza Qorbani, an adviser to Iran’s military command, displayed yet another chest-thumping triumphalism! “Iran can sink U.S. warships with secret weapons” he said.

These Iranian generals must have been paying too much attention to Israeli Prime Minister Netanyahu’s analysis of Iran’s military power. Gen. Morteza and those benefiting his advice should know that Netanyahu exaggerates Iranian weapons capabilities to scare Western public opinion. There are no real concerns about Iran’s missile program. Trump knows it. He said on his way to Japan that “Right now, I don’t think Iran wants to fight. And I certainly don’t think they want to fight with us.”

But again, thanks to Gen. Morteza and his ilk, Trump is approving the sale of billions of dollars’ worth of weapons to Saudi Arabia, using the magic words “Iranian threats.” Even those in Congress who hate Trump’s guts had no objection of his invoking a rarely used aspect of federal law to push through the $8 billion deal bypassing Congress. All he had to do was declare that ongoing tensions with Iran amounted to a national emergency. The U.S. Congress, which was opposing the sale of U.S. weapons to Saudi Arabia for the fear that the weapons would be used against civilians in Yemen by Saudi-led forces, did not utter a word.

The harm that the uncalculated and childlike behavior of Iranian generals, especially those in the Revolutionary Guard, causes does not end there. The war-atmosphere in the region is helping the U.S.-Israeli so-called peace plan progress as planned with an international economic workshop in Bahrain in late June. All the invitees are rushing to what Palestinian Authority President Mahmoud Abbas calls the epitaph of the Palestinian State in Manama on June 25-26. In the face of the “Iranian threat” who would dare to stick his neck out?