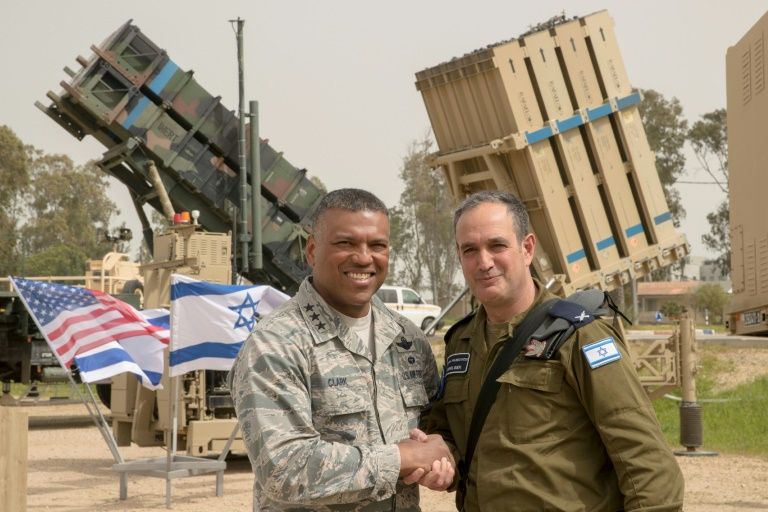 I do solemnly swear (or affirm) that I will support and defend the Constitution of the United States against all enemies, foreign and domestic; that I will bear true faith and allegiance to the same…” This is the oath of enlistment that every American military service member or federal employee takes upon entry into government service (with slight variation for commissioned officers).

With the largest joint U.S.-Israeli air defense exercise ever conducted having recently concluded, which involved over 2,500 American service personnel, and in the midst of heightened Israeli involvement in the Syrian war, we find ourselves asking…

Are US troops ready to fight and to die for America’s Israel’s defense? …We think not, but there are US generals out there enthusiastically promoting the idea.

Earlier this month, in the midst of the 9th annual 12-day massive joint exercise named “Juniper Cobra” which was hailed in Israeli media as the largest of its kind, simulating a “battle on three fronts” (namely, Syria-Lebanon-Gaza Strip) US Third Air Force Commander Lt. Gen. Richard Clark spelled out just such a scenario wherein US troops could be asked to fight and to die for defense of America Israel – even to the point of being placed under Israeli commanders responsible for battlefield decision making.

While major joint military exercises involving significant troop deployments are nothing new for the US and its allies (Juniper Cobra itself has been conducted annually for nearly a decade), Lt. Gen. Clark’s words to Israeli media are truly precedent setting and shocking, especially as he is among the highest ranking military officers in the US armed forces.

It is well worth reading the alarming scenario Gen. Clark laid out while speaking to the Jerusalem Post in its entirety:

“The United States and Israel enjoy a strong and enduring military-to-military partnership built on a trust that has been developed over decades of cooperation,” said USAF Third Air Force commander Lt.-Gen. Richard Clark, who also serves as the commander for the deploying Joint Task Force – Israel.

“The Juniper Cobra exercises continue to strengthen this relationship, providing us with the opportunity to bolster interoperability and develop seamless integration with our Israeli partners.”

According to Clark, the US and Israeli troops will work side-by-side under each other’s relevant chain of command.

But this is where Clark pushes far across the normative “military-to-military partnership” characteristic of joint drills with other allied nations. He says that US troops should be prepared to die for the Jewish State:

“As far as decision-making, it is a partnership,” he continued, stressing nonetheless that “at the end of the day it is about the protection of Israel – and if there is a question in regards to how we will operate, the last vote will probably go to Zvika [Brig.-Gen. Zvika Haimovitch, head of the IDF’s Aerial Defense Division].”

Washington and Israel have signed an agreement which would see the US come to assist Israel with missile defense in times of war and, according to [Israeli commander] Haimovitch, “I am sure once the order comes we will find here US troops on the ground to be part of our deployment team to defend the State of Israel.”

And those US troops who would be deployed to Israel, are prepared to die for the Jewish state, Clark said. “We are ready to commit to the defense of Israel anytime we get involved in a kinetic fight there is always the risk that there will be casualties. But we accept that – as every conflict we train for and enter, there is always that possibility,” he said.

And it appears that both military leaders are in agreement on this point – that they are ready and willing to put US troops in harm’s way in pursuit of Israeli defense policy.

Disturbingly, Clark acknowledges willingness for life-and-death battlefield decisions impacting American soldiers to be placed in the hands of the Israeli chain of command in saying: “if there is a question in regards to how we will operate, the last vote will probably go to [Israeli General] Zvika.”

While in more stable times in the Middle East, Clark’s words might possibly be dismissed as hyperbole and misplaced enthusiasm for “the mission” – his words come as Israel is already actively involved on two fronts: Gaza and Syria. And according to many analysts and reports, including one recently leaked internal Israeli defense memo, Israel is ramping up for devastating engagement along a third front as Tel Aviv continues to view Lebanese Hezbollah to its north as the prime threat to Israeli security.

Should broader war break out between Israel, Hezbollah, Iran, and Syria, will US troops who find themselves working closely with the IDF be forced to obey the commands of Israeli generals, even to the point of death? We can’t find anything in the oath of enlistment or the Constitution [federal statute in 10 U.S.C. 502, and based in Article VI of the Constitution] that requires US citizens or soldiers to defend and fight for a foreign nation.

Analysis: Why Turkey Wants a ‘Secure Zone’ in Afrin
Trust is earned, not given
Comment