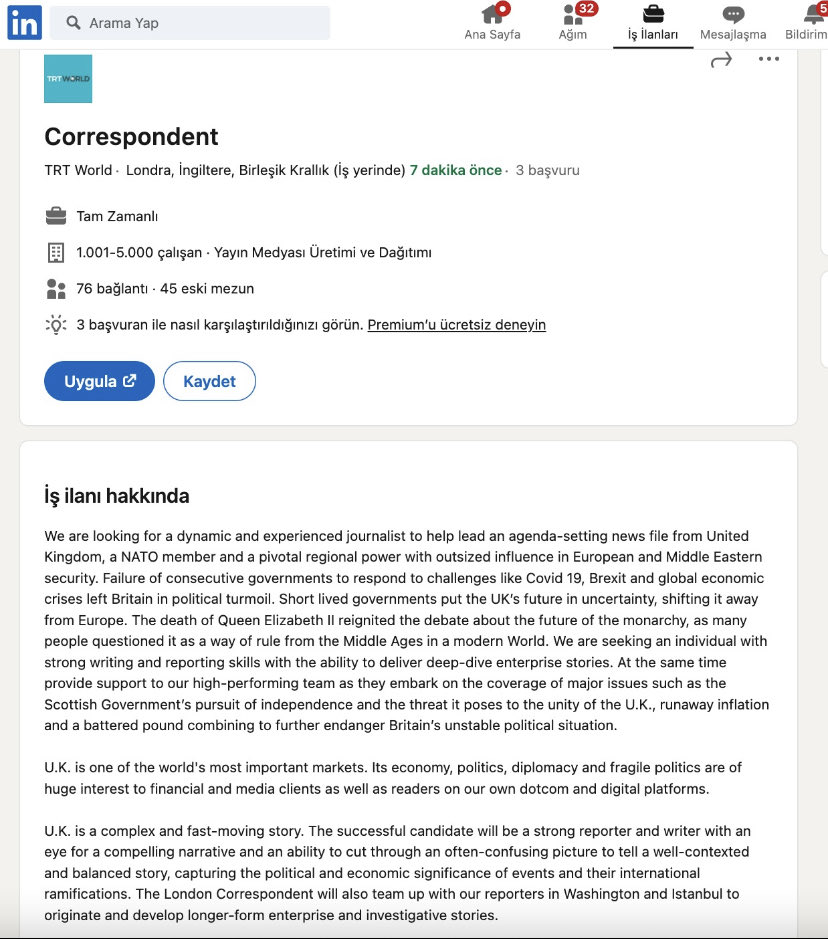 Reuters had discredited Turkish President Recep Tayyip Erdoğan in a job posting prepared for Deputy Bureau Chief to Türkiye. The British news company shared its biased views about Erdoğan while listing qualifications of applicants. It blamed Erdoğan for “shifting it (Türkiye) away from modern secular traditions and turning it into an assertive diplomatic and military presence in regions stretching from the South Caucasus to North Africa. “

Contrary to Reuters’ claims, Erdoğan did not touch Türkiye’s secular traditions but only lifted forceful implemantation of secularism. For instance, he allowed headscarf in public buildings, which is a basic human right. On the other hand, he didn’t force anyone to live according to Islamic rules.

After Reuters unveiled its anti-Erdoğan and anti-freedom views in a job vacancy, Türkiye’s  global news outlet TRT World responded the British outlet with a similar way. TRT World TV published a job post to recruit a London-based correspondent. It used the same language Reuters used and said “Failure of consecutive governments to respond to challenges like Covid 19, Brexit and global economic crises left Britain in political turmoil. Short lived governments put the UK’s future in uncertainty, shifting it away from Europe. The death of Queen Elizabeth II reignited the debate about the future of the monarchy, as many people questioned it as a way of rule from the Middle Ages in a modern World.”