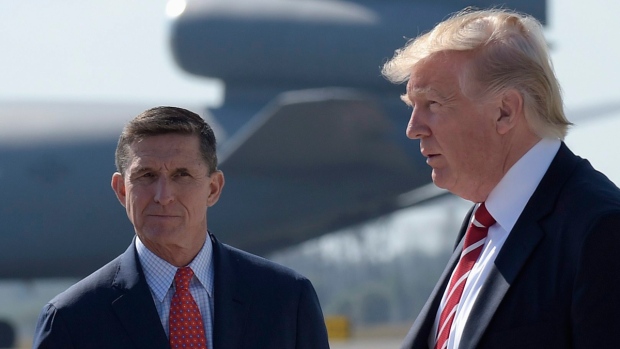 Two weeks after pardoning General Flynn, President Donald Trump has pardoned 15 more people on Tuesday including convicted criminals but left behind some innocent people. Ekim Alptekin and Bijan Kian have been targeted by Obama-Clinton establishment in Mueller investigation to railroad Trump but neither Kian or Alptekin have been included in the pardon list

Four Black Water contractors convicted for murdering Iraqi civilians including a 14 years old boy are among the 15 people Trump granted clemency. The list included former campaign aide George Papadopulous, former US congressmen Duncan Hunter and Chris Collins as well as the Dutch lawyer Alex van der Zwan who was sentenced to 30 days in jail. However, Alptekin and Bijan were not mentioned on the list once again.

Alptekin expressed his disappointment on Twitter saying that he was smeared despite committing no crime. “Only reason Mueller team indicted me was to pressure Gen. Flynn to plead guilty and to pressure us to frame him and DonaldTrump. Inexplicably DOJ has appealed an earlier court decision dismissing the case citing lack of evidence” said Alptekin in his tweet. Michael Doran, an analyst of International politics, also said that Alptekin should have been on the list and Trump should remove innocent victims of Russiagate from legal jeopardy.

Alptekin and Bijan became a collateral damage in the The Mueller investigation, which was supposed to be about Russia. The investigation instead targeted anyone around general Flynn using Flynn’s false guilty plea to indict his business partner Bijan Kian and their client, Mr. Alptekin. One of Mueller’s top prosecutors Brandon van Grack, charged both men with conspiracy and for acting as foreign agents implying they were spies working for the Government of Turkey. Although nothing in the evidence about the commercial relationship between the Dutch company of Mr. Alptekin and General Flynn’s company, the Flynn Intel Group, suggested anything derogatory, U.S. mainstream media relentlessly kept pushing one absurd story after another. Mr. Alptekin, a reputable Turkish-Dutch citizen, still faces a 35 year prison sentence and remains under indictment despite the absence of any evidence to support the various claims and an abundance of evidence that the judicial system was manipulated. The Turkish angle of the Mueller investigation has been debunked forcing the Justice Department to dismiss the case against General Flynn.

President Trump should be aware that mr Alptekin and mr Bijan have both been targeted just because their close relationship with general Flynn and therefore with the outgoing president himself. Granting a full pardon for Michael Flynn was a delayed justice but the justice wont be fully served unless Alptekin and Bijan are also pardoned.