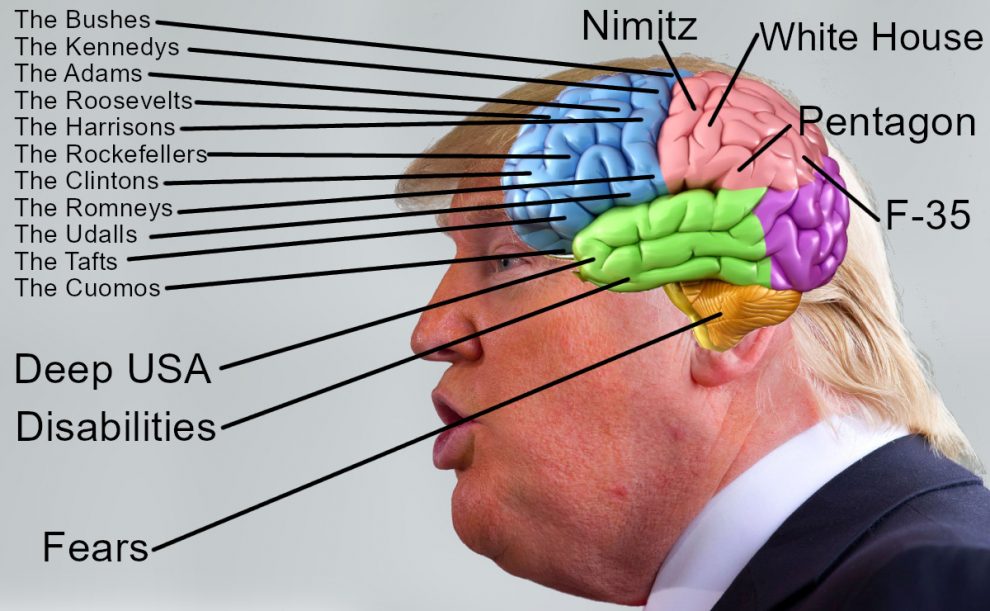 Peruse the London, Washington and New York newspapers, the words you will most often see sitting adjacent to each other will be “Trump” and “cancer.”

George Conway and Neal Katyal of The Washington Post think that there is some sort of cancer in Trump that makes his administration constantly blunder. The Independent of the U.K. is of the opinion that Trump himself is cancer on the presidency. For The National Review, which is more than ready to forgive and forget Trump’s blunders (as in “We are awaiting clarifications from Saudi Arabia about who attacked them”), he is OK but the people around him are not.

The last official verdict Trump had about “cancerous” entities at the White House was about the White House Counsel Don McGahn, who has been cooperating with the Special investigator Robert Muller’s team. In a Twitter message Trump wrote McGahn was a rat. The legal counsels, press secretaries and national security advisers are the people leaders usually appoint and they have only themselves to blame if they turn to be rats. In an environment that gives more freedom to select even the top echelons of permanent bureaucracy (the Spoils System) than Europe, where the elected politicians have to work whomever they find on those jobs, Trump has no right to complain if the loyal workers of his campaign turned out to be rats.

But he might be right that he is not working with the right people when it comes to the lower positions in the U.S. Armed Forces. Whether as the result of the merit system or because of favoritism, nepotism or simple seniority, even the U.S. president has to work with what the civil or military service gives him. Case in point: the military command structures in Afghanistan, Iraq and Syria.

As Trump himself admitted during his election campaign, these are countries various U.S. administrations had ruined the social fabric of. Take Afghanistan: instead of a Texan ranchman’s furious and vindictive attack on the whole country, the U.S. institutions simply could have fortified the opposition and the system itself could weed out the radical Taliban regime. The Taliban and its grisly leaders were simply riding on the popular reaction to the godless Afghan communists who acted as the henchmen of the Soviet occupiers. Bombing the whole country and killing hundreds of thousands of civilian men, women and children as the “civil servants of the military” suggested had not won the hearts and minds of the Afghan people. This policy only made different groups enemies of the U.S. That same failed policy is at work in Syria today.

Any practical politician should ask the U.S. military why, oh why we are not cooperating with our strong and able NATO ally to wipe out the radical Daesh terrorists from Syria but helping another radical group that Turkey calls an extension of those whom the U.S. actually recognizes as a terrorist group. “But, Sir, if the Turks enter what they consider as their rightful lands then Turkish irredentism would make them never leave.” No president, especially one whose grasp of even U.S. history is no deeper than a fifth-grader, could say nothing against that sophisticated neocon argument. Yet common sense dictates that Trump should have asked: “Yes but why should our allies, the Turks, put a stick in the U.S. wheel?”

If Trump thinks that by simply parting ways with John Bolton, he freed himself from all the warmongers and neocons in his administration, he is very much mistaken. A strong Syria, whose territorial integrity guaranteed not only against enemies but against its friends (somehow only the name “Iran” jumps to mind at this point) and was helped extensively after the six destructive years of civil war would be a better guarantee for the security of Israel. Instead of donating Syria’s Golan Heights to Israel and its oil fields to the PKK terrorists the U.S. should help Syria remain intact and friendly.

He has a great opportunity to speak to President Recep Tayyip Erdoğan this week. But first, he has to free himself from those who are thinking on his behalf.

What exactly is the UN good for?
#TEKNOFEST continues in Istanbul
Comment