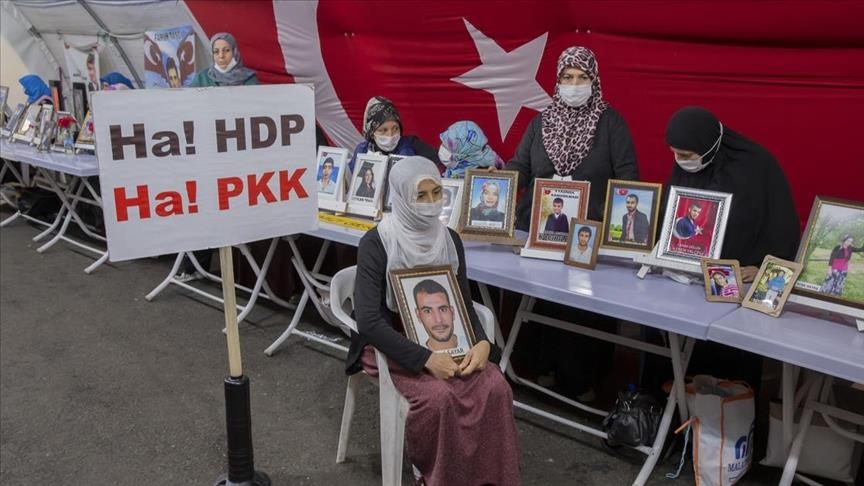 Parents hope to reunite with their children abducted, forcibly recruited by terror group

One more family on Monday joined an ongoing sit-in protest in southeastern Turkey against the PKK terror group and its Syrian offshoot YPG.

The protest began on Sept. 3, 2019, when three mothers said their children had been forcibly recruited by PKK terrorists. The sit-in outside the offices of the Peoples’ Democratic Party (HDP), which the government accuses of having links to the PKK, has been growing since then in Diyarbakir province.

Besra Sayar said she joined the protest for her son Remzi Sayar, who was kidnapped by the terrorist organization two years ago.

“I will not leave the protest site unless my son comes back. I will stay here just like the other mothers. I am in pain, I don’t sleep, I’m struggling,” said Sayar.

She also called on her son to come back home and surrender to the Turkish forcers.

In its more than 35-year terror campaign against Turkey, the PKK — listed as a terrorist organization by Turkey, the US, and the EU — has been responsible for the deaths of 40,000 people, including women, children, and infants.