Turkish state and people commemorate the failed coup of July 15 after four years. Fetullah Gulen-led FETO’s members that infiltrated into the army through stealing exam questions attempted a bloody coup in July 15, 2016. Called as “Jesus resurrected” by himself and his followers, Gulen wanted to overthrow Recep Tayyip Erdogan, Turkey’s then elected President. As soon as the coup d’état was heard from TVs, Turkish people took streets to repel the coup with Erdogan’s call. The coup plot was over before the morning of July 16, leaving 251 people dead. 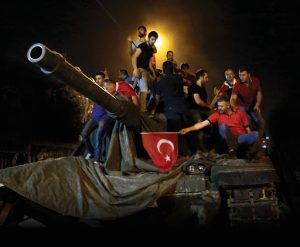 While Turkish people were fighting with  putschists, Western countries supported the coup and  did not condemn it until being sure that Turkish government took control. It was revealed later that a group in CIA and countries like the UAE supported FETO’s failed coup. A large number of FETO members fled to Europe, the US or Canada after the coup and were not repatriated. Turkey tried hard for repatriation of Fetullah Gulen from the US, but American authorities did not give him. In addition, Gulen’s top representative during the coup, Adil Oksuz, is known to live in Germany, where FETO members are still actively working against Turkey. 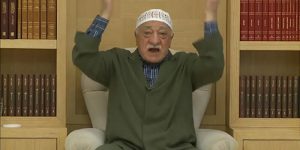 Other FETO members were ousted from state posts and those involved in the coup were imprisoned. Yet, cleaning FETO members from state, particularly the army, continues after four years. Analysts say dissipating FETO will take years as members hide themselves.