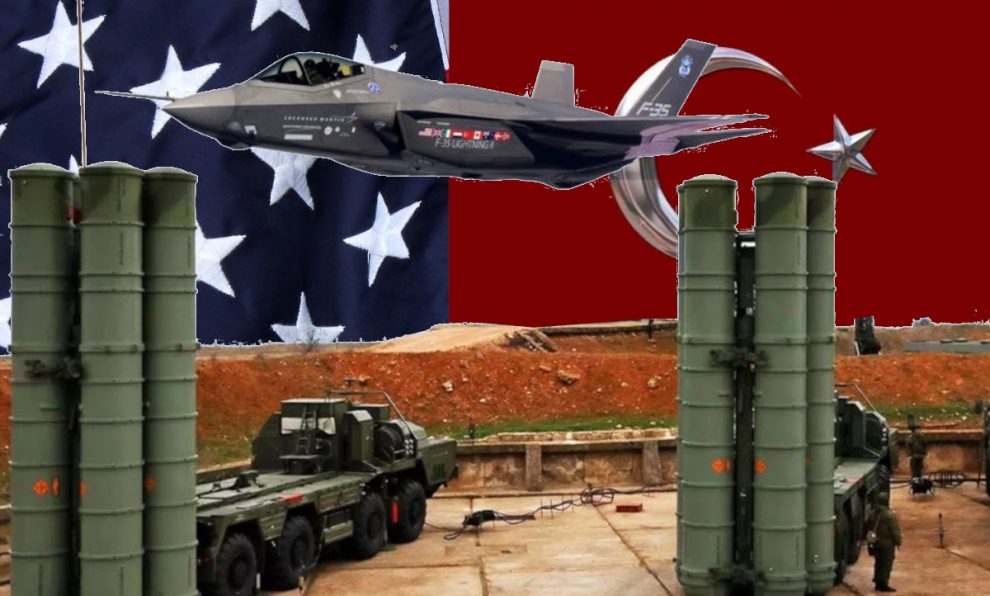 U.S. President Donald Trump says he likes to strike deals; and when it comes to Turkey, there are a lot of areas where he can make one, including Turkey’s purchase of the Russian S-400 air defense system, an issue currently subjected to congressional sanctions.

It is entirely up to Trump himself to decide at what point Turkey’s S-400s constitute a violation of U.S. sanctions on Russia, let it be on the delivery or the activation of the system; but more importantly, he has the right to issue a waiver if he decides there is national security interest.

Ankara has already made a proposal that could be suitable for Washington, according to a senior Turkish official, who spoke on condition of anonymity due to diplomatic protocol. According to the official, Foreign Minister Mevlüt Çavuşoğlu told his counterpart, U.S. Secretary of State Mike Pompeo, during his latest visit to Washington that Turkey could not undo the already signed deal for the S-400s. Instead, Çavuşoğlu said Turkey can work with the Trump administration to make sure that the system does not constitute a threat to NATO installations in the country.

“We are part of NATO. Of course, we don’t want to risk our own national security either,” the official said.

In fact, to alleviate Washington’s concerns, Turkey has already taken a step. Russia proposed to deliver the S-400 systems in nine months by deploying Russian military technicians on the ground in Turkey. However, Ankara refused and asked Moscow to train Turkish military experts to assemble and run the system on their own without Russians setting foot on Turkish soil – or to put it differently, in NATO territory. This will take about 19 months.

The Trump administration nowadays seems more concerned about the intelligence risk posed by S-400 systems against fifth generation F-35 aircraft. Several American officials said S-400 radars could collect and transfer Turkey’s F-35 data, which could include the vulnerabilities and design details of the aircraft, to Russia. Turkish officials do not consider this a realistic possibility since they plan to create their own software to run the S-400 system and have no plans to connect it to the Russian or NATO defense networks.

“Russians have already intercepted Israeli F-35s in the region because they have the S-400 system deployed in southern Syria. The idea that S-400s haven’t gotten close to F-35s isn’t accurate,” another Turkish diplomat said.

There are signs that the Trump administration is also working to find middle ground. Thomas Goffus, the U.S. Defense Department’s deputy assistant secretary of defense for European and NATO policy, said recently that Turkey was a sovereign nation and that Turkish officials were trying to take care of their own defense needs.

“We have a process to evaluate the risks to Western technology that that [procurement] would present,” Goffus said. This suggests the Pentagon is looking for some sort of solution to cohabit the F-35 and S-400 without risking the crucial technology. American officials acknowledged their part in this mess, as well. After all, it was the U.S. who did not deliver any weapons to Turkey for years, including missile systems. Last month, U.S. Air Force Secretary Heather Wilson blamed the U.S. for failing to provide an alternative to Ankara. “Sometimes it’s the United States that’s part of the problem,” she said. Wilson also hinted it was strict U.S. law that was pushing allies to purchase weapons from other venues.

I believe, as I suggested before, the Turkish proposal is likely to provide an opportunity for Americans to inspect the S-400, which could give them valuable knowledge about the system. Russian defense officials are already very cautious about this possibility. One Turkish defense official said the Russians negotiating the S-400 deal did not appear to be enthusiastic in providing such advanced technology to Turkey.

“The Turkish proposal sounds like music to my ears, but the U.S. Congress won’t settle down until the pastor Andrew Brunson case is resolved,” another American official said, speaking on condition of anonymity.

A bipartisan group of lawmakers are determined to block F-35 deliveries to Turkey to pressure Ankara to release Brunson from custody. Brunson is scheduled to appear in court next month on charges of aiding and abetting terrorist groups. With or without Brunson’s speedy release, both sides need to find a way out of this crisis because the fallout would be very costly for the U.S. defense sector and long-term U.S. security strategy in the region. Turkey’s proposal seems to be offering a genuine start for this.

‘There are Kurds in Turkey; I am a Kurd’
Turkey’s Second Republic: Between Dialectic Realism and Societal Pragmatism
Comment