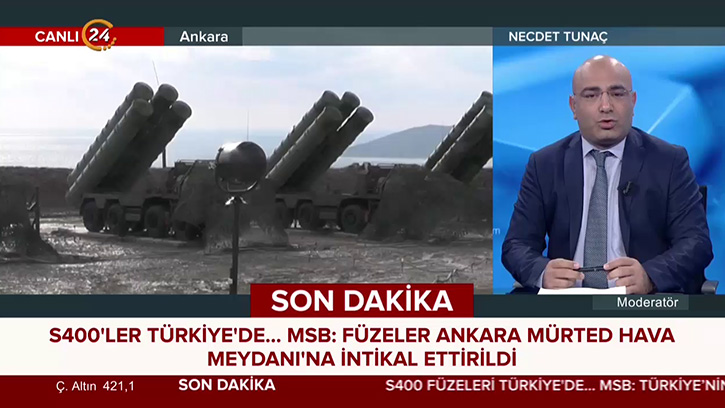 Turkey receives the first batch of Russian-made S-400 missiles today in 12 July 2019 in a move that caused tensions with NATO and the United States. Turkish TVs report that at least three Russian freighters landed on Mürted airport based in Ankara, hinting that the activation process may last shorter than expected.

However, Turkish government asserts that they asked Patriot missiles from 2008 onwards but their requests were declined by President Obama, claiming that the Congress will not permit for the sales of Patriots to Turkey. Turkish President Erdogan also blamed US government for not fulfilling its duties stemming from NATO membership, and leaving Turkey vulnerable to external attacks. Surprisingly, President Trump also admitted during the last G20 summit that it was not Turkey but Obama administration that was guilty in S-400 rift. While Turkey does not expect sanctions from American side, analysts say low-level sanctions are likely.

Some defense experts speaking exclusively to Straturka said Turkey’s procurement of S-400s will have a leverage in Turkey’s relations with NATO and the U.S., thus forcing American administration to ease the sale of weapons to Turkey in the future.