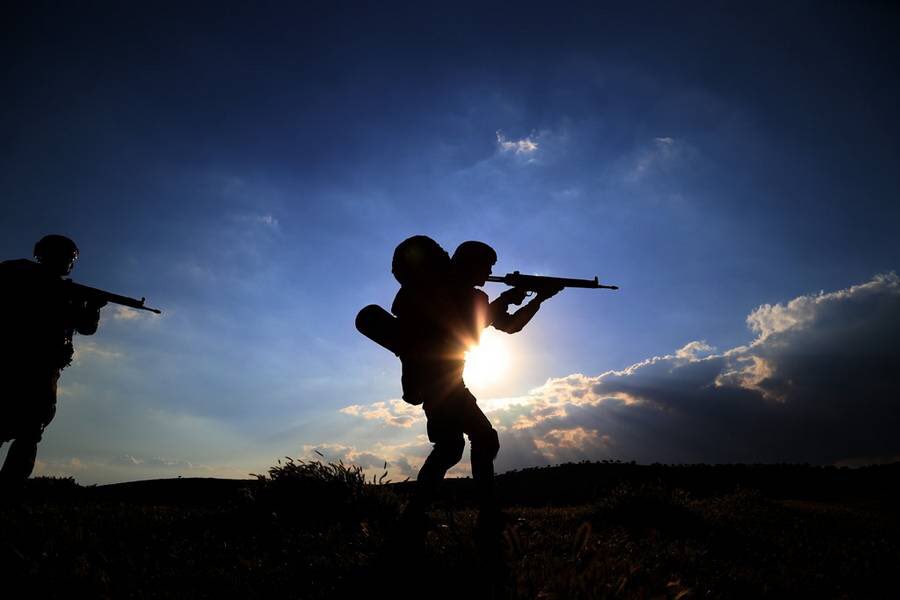 Addressing AK Party’s provincial congress in Trabzon, President Erdoğan said: “We will expand the operations, which we have been conducting for a while and in which we have made significant progress, to heavy-threat areas in the period ahead.”

“WE WILL GIVE NO QUARTER TO TERRORISTS”

Drawing attention to the Turkish nation’s grief over their martyrs, President Erdoğan said: “We are fighting against a terrorist organization, whose past is full of civilian massacres, including children, women and elder people, and which despicably executed unarmed people recently.

“The recent incident has demonstrated once again how important the operations, which Turkey conducts to fight PKK in Syria and Iraq, are to our border security, national security, our citizens’ peace and our future,” President Erdoğan said.

Noting that nobody, except for a few weak voices, expressed support for Turkey in the face of the execution of 13 innocent people, President Erdoğan said: “Hey, West! Where are you? Why do not you raise your voice? Why do you remain silent? When something like this happens over there, you make a fuss. The July 15 incident took place, you remained silent. And now this incident happened, you still remain silent. Whether you raise your voice or not, we know our duty. We will give no quarter to terrorists in this country.”

Underlining that Gara was an important and problematic area, President Erdoğan said: “And Gara has fallen. It is done. We will expand the operations, which we have been conducting for a while and in which we have made significant progress, to heavy-threat areas in the period ahead.”

“We will not wait for terrorists to come to us. We will go to their caves and we will crash them. We, along with our troops, gendarmeries, policemen and guards, will not let them breathe a sigh of relief at home or abroad. We will not stop there. In order not to suffer similar attacks again, we will remain as long as we need to in the areas we secured.”