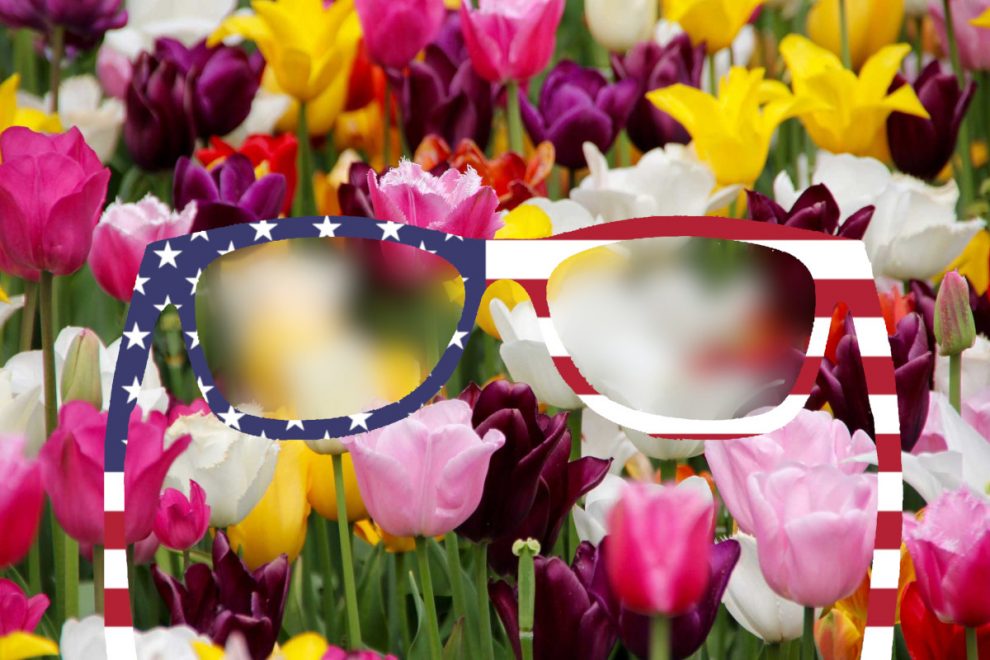 In US sensitivity to and understanding of Turkish society, nothing has changed over the past 5 years

“From time to time during the past year, Turkish officials have indicated their preference for dealing directly with us in lend-lease matters. The Turks have felt that they would know where they stood much better if they dealt directly with us, would know precisely to whom they were indebted, and would have more control over American material destined for them. An additional reason for the Turkish attitude was undoubtedly a feeling that they were being treated more or less as a British colony or protectorate.”

Franklin Delano Roosevelt, one of the greatest United States presidents, recognized as early as 1941 that Turkey would be vital to U.S. global strategy in the coming era. Another five years would pass — including the Bretton Woods conference, World War II’s conclusion, and the Cold War’s advent — before U.S. policymakers also concluded that Turkey would be a fundamentally important component of U.S. strategy towards the USSR, and therefore required massive amounts of economic and military aid. The eventual results were the Truman Doctrine, Turkey’s inclusion in the Marshall Plan and, in 1952, Turkey’s NATO membership.

Now, after five years of recurring crises in Turkish-American relations, the events of WWII and the Cold War era seem eons in the past. Renowned American journalist Tom Brokaw called America’s WWII leadership and citizens the “Greatest Generation,” and even though historians have voiced important reservations about Brokaw’s evaluation, his definition may well be justified. But once that WWII generation gave way to younger arrivals, American officials gradually lost the ability to formulate well-informed, astute, or creative policy towards the Turkish Republic. After Harry Truman, Dean Acheson, and the NATO accession glow receded, disasters have been Turkey’s typical experience stemming from the choices of U.S. officials.

The above paragraph lists only the main lowlights of the past 70 years of Turkish-U.S. relations. This alliance began with U.S. recognition that, as a Great Power with urgent geostrategic imperatives, it needed allies; in order to cultivate those allies, certain steps would have to be taken in order to cement relationships. U.S. officials recognized that those steps were their responsibility, and that they had to approach their allies with respect and circumspection. That was the reason why George Marshall’s famous speech was a Harvard commencement address, and why the speech’s tone and content were carefully crafted.

After the Cold War’s conclusion, Turkey’s role in U.S. global strategy arguably became even more vital, which begs the question of why the U.S. has not been able to maintain the same level of responsibility and respect towards the Turkish Republic that it maintained towards other European allies. However, the current U.S. president, Donald Trump, has now thrown almost all other U.S. partners under the bus as well. Trump’s obnoxious behavior towards traditional U.S. allies could be understood as simply taking previously established precedents to their logical ends. That is, other U.S. allies are now treated with the same sort of brusque regard that Turkey has been subject to since the 1960s.

“So what was said? That, ‘on this issue, this sort of approach with Turkey is not appropriate. If we are going to act sincerely, if we are truly a strategic partner, we should do what is necessary for our partnership.’ Were we not together with you in Somalia? Were we not together with you in Afghanistan? Did we not take steps together and in unity with you for NATO in various places in the world? If you treat your partners this way, in what manner do you expect us to perceive you?”

As logical as these statements are, similar comments from earlier Turkish politicians had little effect on U.S. policymakers. The problem was that U.S. officials were not able to follow or were simply not aware of the logic which brought the U.S. together with Turkey during and after WWII. Concurrently, U.S. officials forgot the necessity to approach Turkey with respect, as an equal. This is a problem that continues to plague U.S. policy formulation towards Turkey.

U.S. inability to devise sound policy towards Turkey in the past 60 years can, at least partially, be blamed on consistently poor understanding of Turkish society, history, politics, and interests. But the actors clamoring to affect U.S. policy, and the number of factors influencing policy calculations have also greatly increased.

The George V. Allen memorandum quoted at the beginning of this commentary brings up issues which U.S. officials had identified as important to Turkish officials during WWII, but that U.S. policymakers have subsequently either neglected or forgotten. For example, Turkish officials still prefer foreign representatives who deal with them openly, directly, and honestly. They also prefer foreigners who treat them with the respect that should be accorded to equals.

“The Turks believe that Great Britain has made commitments to Russia which will prevent Britain from exercising a restraining influence on Russia after the war. The Turks would be much encouraged if they were convinced that the United States retains a strong interest in Turkey’s welfare. It is difficult to create such a conviction while we continue to agree to British demands in Turkey’s regard.”

Certainly after the past two decades, but especially after the past five devastating years, can we argue convincingly, using the evidence available to us, that the U.S. “retains a strong interest in Turkey’s welfare”? Every passing month, and every new crisis has made the argument more difficult to make.

Originally, I intended to write a commentary that wrapped up with U.S. Ankara Embassy Charge d’Affaires Philip Kosnett’s recent trip to the Black Sea. During his visit to the Trabzon Chambers of Commerce and Industry, Kosnett commented to the press on current Turkish-American relations, stating that “the important thing is to keep communication channels open” in reference to ongoing issues between the Turkish and U.S. governments. I then planned to suggest that Turkish-U.S. relations were not only about inter-government relations, and that the U.S.’ representation in Turkey needed to be more proactive in establishing an open dialogue with Turkish society, not just with Turkish officials. That would be another important way to “keep communication channels open.”

But the U.S. Embassy in Ankara consistently acts as if they are oblivious to Turkish citizens’ sentiments and concerns. This July 15 the U.S. Ankara Embassy did nothing more than tweet the original and a Turkish translation of the State Department’s press release commemorating the failed 2016 Turkish coup attempt. As the U.S. government’s in-country representation, there wasn’t anything that the embassy might have been able to add in order to show some empathy?

On Aug. 1, the day after a PKK attack in southeastern Turkey killed a mother and her infant, the British deputy head of mission to Turkey, Jennifer Anderson, tweeted a condemnation in English and Turkish. But the U.S. Embassy in Ankara? Silence, except for self-promotional tweets, including one on Kosnett’s Trabzon junket. That is exactly the sort of inability to engage directly and sincerely with the issues important to Turkish society that deepens and magnifies Turkish distrust of U.S. intentions.

Thus, in terms of the U.S. representation in Turkey’s sensitivity to and understanding of Turkish society, nothing has changed over the past five years, whether the secretary of state is John Kerry, Rex Tillerson, or Mike Pompeo, or whether Kugulu Park’s primary resident is Francis Ricciardone, John Bass, or… no one. The United Kingdom’s representation in Turkey, on the other hand, now displays more attention to issues important to Turkish citizens.

In fact, since the Brexit vote, Turkish-British relations have been experiencing a revival. Most importantly, the U.K. government has put a top-level member of Fethullah Gulen’s cult, Akın Ipek, under house arrest, with possible extradition proceedings pending. This is a stark contrast to the U.S. government’s refusal — displayed by both the current and previous administrations — to take even an initial step towards legal procedures that might result in Fethullah Gulen’s extradition.

George Allen’s memo also suggested that “demands” were emanating from the British side in 1943. Then, the most important demands were from British Prime Minister Winston Churchill, who wanted Turkish soldiers to do the fighting in the Balkans instead of British soldiers. Now, during the Trump administration, demands come from the U.S., and specifically from whomever has Trump’s ear. Trump’s attention span is notoriously short and his White House is occupied by ruspanti constantly vying for his attention and favors. At the moment, Vice President Pence and National Security Advisor John Bolton apparently dominate Trump’s time because the November 2018 midterm elections are fast approaching. For that reason, sanctions against Iran, and the Brunson case, are front-and-center in Trump’s field of vision.

But Trump’s demeanor is so volatile that no one knows what will happen from one day to the next. Trump also has far too many other problems occupying his mind to focus extensively on Turkey, a subject for which he has apparently left U.S. policy to the soldiers (attested to by the recent statements from both sides strongly asserting that military matters in northern Syria were totally separate from the Brunson case). This means that demands can come from multiple sectors, and that policy-making is even more diffuse and chaotic. Allen’s memo accused the British of fomenting a similar situation, so apparently we have experienced a complete reversal in the Anglo-American-Turkish relationship since WWII.

Finally, on Aug. 7, 2018, the U.S. Ankara Embassy tweeted two Turkish-language tweets aimed at Turkish society. One reaffirmed the strength of Turkish-American collaboration, and the other denied a Turkish press rumor. Those tweets, at the very least, recognize the Turkish public.

In reality, though, it should not take provocative Turkish press rumors to elicit such tweets. The U.S. Embassy needs to be more energetic in taking the initiative to promote open, positive, and constructive dialogue with Turkish society. This can take many forms, but in the age of social media, Twitter is an important route through which the U.S. Embassy can begin establishing better “communication channels.” As an illustration, the embassy might start with putting a more Turkey-friendly picture on their Twitter page (compare the current picture with the picture featured on the British Embassy’s Twitter page). That and similar efforts, over the long term, can help to show Turkish citizens that the U.S. representation in Turkey respects them, their culture, and their democratically elected representatives, and does not see them as a “colony or protectorate”.