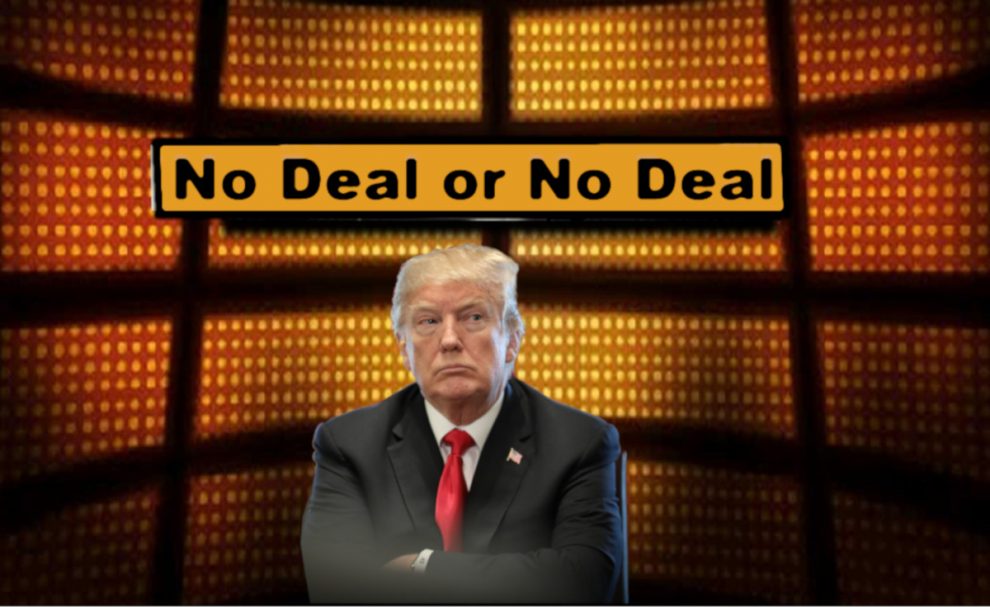 I recently lamented in this column about the unfortunate fact that the U.S. departments don’t seem to have desk officers to convey to their supervisors and eventually to the White House the idea that Turks do not function well under coercion. Not the coercion of natural events, economic hardships, personal dramas, et cetera, (they work quite well in these circumstances), but political blackmail from other countries bode disaster.

A small joke for symbolizing Turkish national character: a defendant claims that he doesn’t even know the plaintiff who wants his loan back. The plaintiff responds proudly, “If he doesn’t know me, I don’t know him even more!”

As President Recep Tayyip Erdoğan said last weekend in a political rally, the U.S shouldn’t give up the friendship of 81 million Turks to rescue a U.S. citizen from the court of law. U.S. politicians should respect the legal system Turks have established long before the courts came into existence in the Judeo-Christian culture.

Responding to U.S. President Donald Trump’s sanctions of two Turkish ministers by sanctioning two equivalent American officials, Erdoğan was not implementing personal politics. He was simply retaliating to a threat. Attempting to force Turkey to intervene in a court process wouldn’t work as any good major in a Turkish Studies 101 course would know.

Who knew that the U.S. kingdom was for a horse – even if that horse is a good pawn in the religiopolitical chess game of the Nov. 6 elections. Playing to the evangelical electorates, the born-again Christian Vice President Mike Pence, without informing the U.S. State Department, proclaimed an all-out war against Turkey.

Talking on the phone to Pastor Andrew Brunson and promising him immediate freedom and return to the U.S., the U.S. vice president has shown not only that he does not have any respect for the country that has been an ally for more than half a century, but he scammed the president of the United States into his evangelical scheme.

Whereas, two weeks prior to Pence’s speech at the at the U.S. State Department’s first-ever Ministerial to Advance Religious Freedom, CBS had reported that President Trump praised President Erdoğan for “doing things the right way.”

The Nov. 6 elections have vital importance for both men: Trump may find himself in front of the U.S. Senate as his jury and judge in his impeachment trial. The Democrats may not have the two-thirds majority nor can the runaway Republicans help them reach that majority, but everybody knows that as soon as the Democrats have the House of Representatives again, Trump will have a very hot autumn. Pence and his faith fellows would be on their knees in churches. Don’t be so sure about what they would be praying for. A short fuse of a self-destructing narcissistic ego could be a short cut to an unelected presidency.

The same ego can – in fact and has been – manipulated into a stance that can be seen as the basis of the populistic nationalism, which has given us Donald Trump in the first place. The political chant, “We give up a country, even the whole world, for a single U.S. citizen,” might be music to the #MAGA (Make America Great Again), but it can’t sound well in the international auditorium.

Trump’s childish bragging about a strong dollar while Turkey’s currency is on a downward spiral would not shake anybody in Turkey except those who confuse opposing Erdoğan with destroying the country. Yes, unfortunately there are such people in Turkey and they even found the opportunity to write for the New York Times and Washington Post. But everybody – including the editors of those newspapers – needs to know that rising inflation cannot bend Turkey to anybody’s will. The urban wage-earners can always depend on their agrarian cousins in villages for main food staples.

However, a downward spiral in an economy that is on its way to be in the top 10 in the world would rattle many other economies including the U.S. Trump’s worsening populistic nationalism is going to send shivers to the global economy and a general instability throughout the Middle East.

Turkey-US relations: From visionary to myopic
Can the United States ‘trump’ China?
Comment