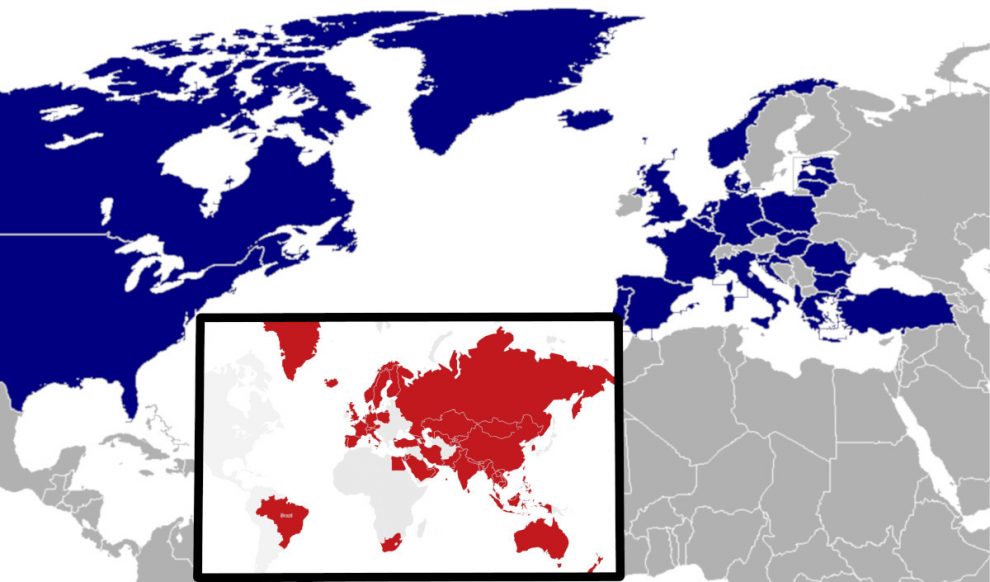 China is emerging as a power that will introduce revolutionary changes to the world’s trade routes, enhance its political influence to the level of an empire and unsettle the West-centered economic structure

Lately, the manners of the president of the United States have started to resemble a teenager acting out of frustration and panic. Trying to force the U.S. view of foreign policy on countries like China, Russia, Iran, Qatar and Turkey through sanctions or tariff wars and attempting to bully almost all states in the world to get in line with the U.S.’ unjust view regarding the Israel-Palestine conflict do not seem to be the result of a long and well-planned foreign policy outlook. 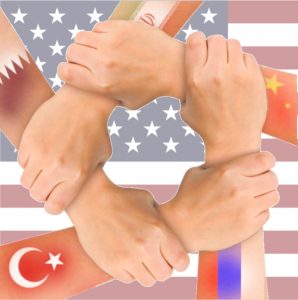 I believe what lies beneath this hasty and unfriendly foreign policy is the realization that the rise of China as an emerging force cannot be stopped even in the short term. Actually, this is what Trump had promised during his election campaign. In his tweets, he repeatedly stated that China is a threat and not a U.S. ally and that China wants to overtake the U.S. if they don’t “get smart and tough real soon.” In an election speech in May 2016, he even said, “We cannot allow China to rape our country – and that’s what they are doing.”

Over the past 70 years, the rise of China has been a severe threat against the U.S. hegemony established after the World War, even greater than the threat once posed by the USSR. China’s “One Belt, One Road” project constitutes the centerpiece of this imprecation. It can be misleading to consider this project only a large-scale infrastructure and reconstruction undertaking as the project encompasses 65 countries, 70 percent of the overall world population and 75 percent of world energy reserves with a cost of $8 trillion.

China’s President Xi Jinping announced the project back in 2013. He also heralded another major initiative the same year: the Asian Infrastructure Investment Bank (AIIB). Almost half of the NATO allies have become members of the AIIB, which was established in 2016 and headquartered in Beijing. As can be remembered, Britain’s becoming one these members created a tremendous impact. The AIIB is a giant financial network that accepted the subscription of 86 states, including all the major Asian countries except Japan, within only two years. The bank offers a strong alternative to the World Bank and the International Monetary Fund (IMF) and rivals the U.S.-centered financial system. At this point, it is good to note that Turkey is the bank’s 11th largest shareholder and co-founder by investing capital of $2.6 billion.

In other words, China is emerging as a power that will introduce revolutionary changes to the world’s trade routes, enhance its political influence to the level of an empire and unsettle the West-centered economic structure. Competition in the field of energy – it is a bit too early to call it a war for now – lies at the heart of this power struggle. So, it is not a coincidence that the strategic allies of the post-Trump U.S. include Israel, one of the main actors in Eastern Mediterranean energy wars, and Saudi Arabia, whose opulence in energy sources is self-evident.

It would be crude and misleading to regard the U.S.’ warm ties with Israel only as an electoral strategy to address the evangelical base. In an environment where joint drilling activities are undertaken by Greece, Greek Cyprus, Egypt and Israel, it is not hard to predict that Turkey will soon be forced to be excluded from the Eastern Mediterranean energy basin, and this attempt will be led by the U.S.

In a nutshell, the issue regarding Brunson is not just about him being a pastor that the U.S. so eagerly wants back. The untold part of the story connotes far more than that.

A Turk does what a Turk says
Leadership of Erdogan
Comment