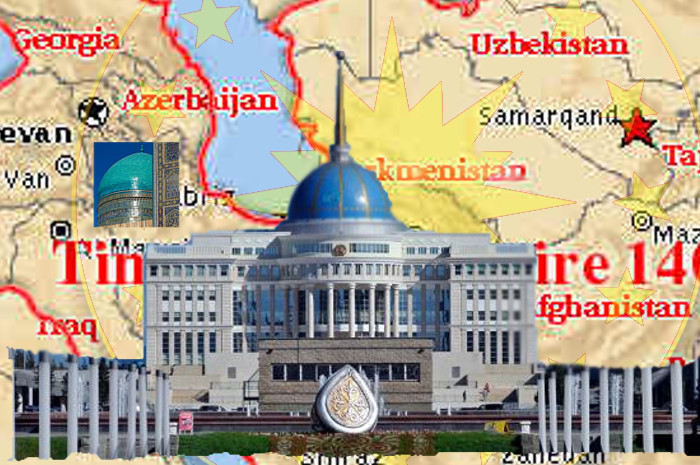 Recep Tayyip Erdoğan is the first Turkish president to visit Uzbekistan in 20 years.

In the Turkic country of Uzbekistan, which dates back to the Timurid Empire that represents the 13th star in the presidential seal of Turkey, the Turkish delegation was hosted by the country’s highest-ranking officials. While staying at the Ok Saroy Presidential Residence in the capital city Tashkent, President Erdoğan addressed the Supreme Assembly during his visit. A new period of cooperation was kicked off thanks to the amicable relations established between Uzbek President Shavkat Mirziyoyev and Erdoğan.

With its population of 33 million and key geopolitical location, Uzbekistan is of vital importance for Turkey in terms of its relations with Turkic states as the country is neighbors all of the other Central Asian states and presents a tourism potential that corresponds to almost half of the tourism activities in the region.Being one of the first five countries with which Uzbekistan has engaged in foreign trade, Turkey has been granted one-month visa exemption in this regard. The two countries signed considerable partnerships in the tourism, construction and banking sectors. For instance, Turkey’s state lender Ziraat Bank has become the first bank with 100 percent foreign capital in the country. Thanks to the relations that have now reached the level of strategic partnership, the Uzbekistan-Turkey Business Forum was organized five times last year alone. 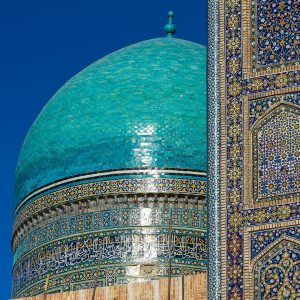 During the second day of the visit, Erdoğan and first lady Emine Erdoğan arrived in Muhammad al-Bukhari’s hometown Bukhara in the company of Mirziyoyev and his wife. They first listened to a Quran reciting in front of the tomb of Sheikh Baha-ud-Din Naqshband, a Sufi master that lent his name to the Naqshbandi spiritual order. Then, they visited the Ark Castle, built in the fourth century, and the Po-i-Kalyan Madrasa that has a unique beauty.

While touring the historic caravanserai and downtown, we had a chance to converse with kind and genial Uzbek citizens. We joyfully witnessed their interest in Turkish TV series and artists and their love for the Turkish language and culture. The most pleasing part of the encounter for me was that we could easily communicate in Turkish. Uzbekistan felt like a long-lost brother or sister.

Turkey wishes to mark the high-level alliance with the Turkic states that gained their independence following the dissolution of the Soviet Union like the Anglo-Saxon alliance of the United States and the United Kingdom. In this respect, the latest visit has been a great step toward consolidating our cooperation.