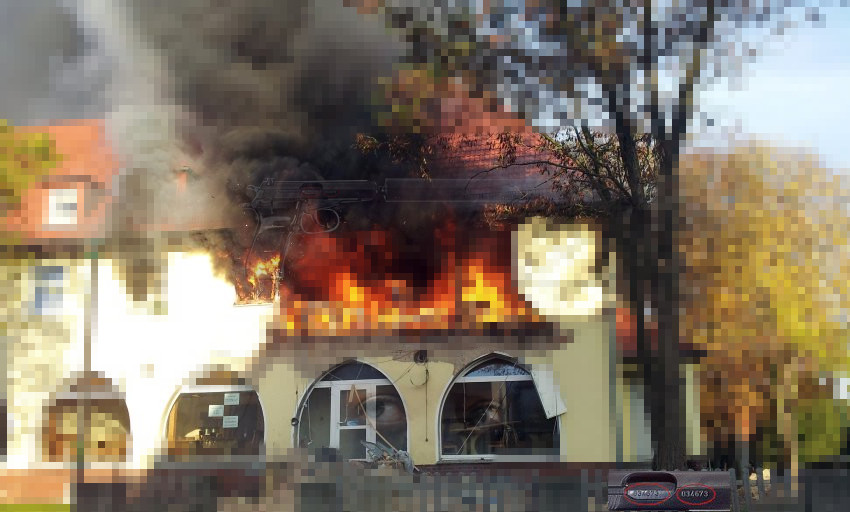 One of the Lawyers in German Nationalist Socialist Underground (NSU) terror organization trial said the police not investigating the true extent of the terror group and many suspects getting away despite blatantly lying before the court only encourages far right groups for their future activities.

“As a lawyer, I have never seeing a single murder not being solved in a such long period of time but it took German police 11 years to figure out NSU which is responsible for 10 murders, a bomb attack and many robberies,” said Serkan Alkan, a Bonn-based lawyer representing one of the victims of NSU terror attacks. Nonetheless, it was not German police whom discovered the vicious terror group but it actually self-incriminated in 2011.

German terror group NSU was established in 1999 and it carried out its first murder on September 11th 2000. In the following 11 years, NSU murdered 9 Turks, one Greek and a German police officer. It also carried out a bomb attack on Keup strasse of Cologne which is exclusively occupied by ethnic Turks. German police, however, ignored obvious racist motives behind the murders and held the families and the Turkish community as suspects for 11 years. Even 9 murders out of 10 being committed with the same Ceska 83 pistol did not convince German authorities to look into possible racist motive. It was in 2011 when German public learned about NSU not as a result of German police and many federal and state level investigation committees work but self-incrimination of NSU.

“It is virtually impossible to carry out all those murders, a bomb attack and the robberies unless there is a substantial amount of financial and logistic support of a big group behind,” says the lawyer Alkan. A terror group could consist of at least three people according to German law and the federal prosecution claims that was the exact number of members of NSU. The only surviving member, Beate Zschape, who has been on trial for 5 years along with 4 other accomplices murdered the other 2 members before turning herself in to  the authorities. A German Federal Intelligence service BND informant confessed during the trial in Munich that he received 200 thousand euros from from BND and provided the money to NSU members but investigation into the testimony was blocked by the prosecution to prevent the state involvement from being public. A former vice president of BND said while testifying before a Parliamentary commission that “No state secrets that undermine the government’s ability to act may be allowed to become public.” According to the news, BND and other state level officers destroyed over 400 documents to cover up the state involvement in the terror organization.

“What kind of message does that send? It says to far right groups you can go underground and operate freely because you are not focused on,” says Alkan who also represents a client who is on trial for terror charges. The Turkish descent German citizen Alkan says Beate Zschape is also not treated as a member of a terror group as she is supposed to. According to other experts who have been following the trial, NSU is only the tip of the iceberg, much bigger fish is behind but neither the prosecution nor the court is interested in searching deeper.

“My client told me when the trial started back in 2013 that he does not expect justice from this trial. He said nothing will come out of this trial. The German authorities will hand some sentences to those 5 people on trial and no one will ever find out the true extent of this terror group,” said Alkan.

The trial is expected to end after the summer as the lawyers have been making their last statements. And just a couple of weeks ago, the news hit the media that the house which was used by the NSU members was demolished and the property turned into a green space by German regional authorities.