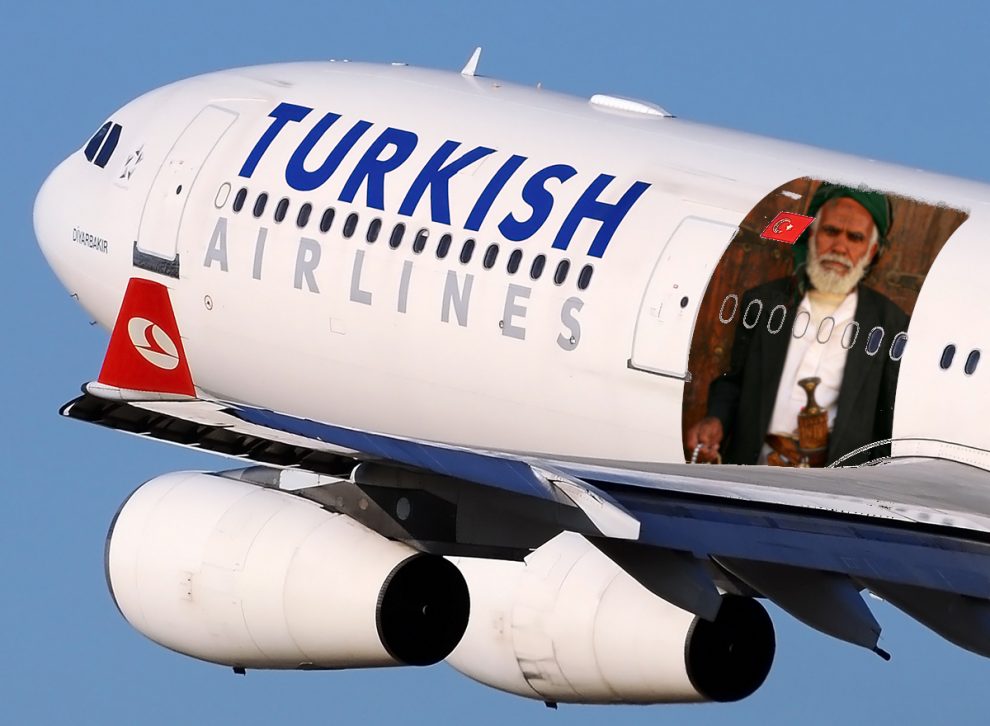 Turkey may have shifted its priorities away from Yemen, but it can still play a positive role in trying to alleviate some of the human suffering which seems to have no end in sight.

Throughout the years leading up to the Arab Spring uprisings of 2011, Turkey’s projection of soft-power was a key pillar of Ankara’s 21st century foreign policy in the Middle East and North Africa. The ideology of the Justice and Development (AK) Party appealed to many in Arab countries who sought democratic reforms and political openings for their grassroots movements.

This “Turkish model” gained influence in Yemen, where President Recep Tayyip Erdogan grew popular as he did in other Arab countries in the 2000s.

Yet undoubtedly Ankara’s efforts to expand Turkish soft-power in Yemen faced major setbacks due to the Houthi takeover of Sanaa in 2014, and the subsequent entry of the Saudi-led military coalition into the country’s civil war, of which Ankara has not been a major actor. Nonetheless, Yemen remains important to Turkey’s leadership.

Based on Ankara’s geostrategic interests in the Red Sea and Bab al Mandeb coupled with historical connections rooted in the Ottoman era that bond Turks and Yemenis, Turkey has high stakes in the future outcome of Yemen’s political environment and the unfolding humanitarian disaster.

When the Saudi-led Arab coalition launched Operation Decisive Storm in Yemen in March 2015, Ankara uncovered that it was previously informed of the operation, signaling close cooperation and coordination between Ankara and Riyadh at that point.

Turkey supported the operation for two main reasons. First, from Turkey’s perspective, the Houthis’ rejection of UNSCR 2201 and refusal to withdraw from the governmental institutions in Sana’a meant that the Iran-allied rebels were responsible for Yemen’s deteriorating situation.

Turkey lent support to the internationally-recognised government of Abd-Rabbu Mansour Hadi. Visits to Turkey paid by Hadi and delegations representing his government have underscored Ankara’s support for Hadi.

Moreover, Ankara opposed Tehran’s meddling in Yemeni affairs via Iranian sponsorship of the Houthi rebellion. Erdogan went even further to accuse Iran of trying to dominate the region via sectarian agenda, adding “[Iran] has to withdraw any forces, whatever it has in Yemen, as well as Syria and Iraq and respect their territorial integrity.”

Second, during King Abdullah’s final few years on the throne, Riyadh shifted its regional priorities from concentrating solely on Iran to focusing on both the perceived threats posed by the Islamic Republic in addition to movements like the Muslim Brotherhood in Arab countries, namely Egypt, which disrupted collective efforts in the region to counter Tehran.

The Al Saud rulers’ anti-Muslim Brotherhood agenda also created a rift in the Sunni bloc, allowing Iran to further increase its influence in the Arab countries including Yemen. Yet when King Salman assumed power in January 2015, Riyadh became focused on improving ties with Doha and Ankara to counter Iran, with less concern about the Muslim Brotherhood. The role of Saudi Arabia’s then-Crown Prince Mohammed bin Nayef was crucial in this regard.

Thus, Ankara’s support for Operation Decisive Storm was logical because, at least from the Turkish government’s perspective, the Saudi-led campaign contributed to a wider effort to resolve Yemen’s conflict and to restore the country’s legitimate state authority back in power.

Furthermore, Ankara vowed to provide the Saudis with intelligence and logistical support in Yemen, yet no direct military support. Ultimately, Turkey’s decision resulted from officials in Ankara believing that Riyadh lacked any clear vision with respect to the Saudi-led coalition’s end game.

From that point on, the Turkish role in the Yemeni crisis has varied in scope and type shifting between security, politics, diplomacy, and humanitarianism depending on the situation on ground and Riyadh’s position vis-a-vis Turkey.

During the first month of the operation, Ankara tried to convert the Saudi military push to a political solution. In this regard, Turkey launched a backdoor diplomatic effort, which also included Pakistan.

After being discussed with Riyadh, Ankara tried to convince Iran to support a deal which included asking Houthis to withdraw from the capital to Saada in northwestern Yemen,  allowing the humanitarian aid to freely enter Yemen, and forming a national unity government. However, Iran’s rejection thwarted any such progress.

The divergence of Saudi Arabia and the UAE’s agendas in Yemen proved that Ankara’s overall initial assessment regarding the prospects of the military effort was highly realistic. The military campaign was turning into a vain and chaotic act, which as of now has resulted in an estimated 10,000 civilian deaths and left 17 million at risk of starvation.

In one of his leaked e-mails, the UAE’s ambassador, Yousef al Otaiba, to Washington admitted that the coalition has targeted civilians and that the Saudi air force had committed most of the “errant strikes”. Furthermore, Ankara recognised that Abu Dhabi’s growing role, especially in southern Yemen, contrasted with Riyadh’s and truly threatened the national unity of Yemen.

The security landscape within Turkey and the immediate neighbourhood at the end of 2015 and during 2016 has left Ankara viewing the Yemeni crisis as a lower priority.

Nonetheless, Ankara has consistently stressed the importance of preserving Yemen’s territorial integrity and unity. Simultaneously, the Turkish leadership has sought to alleviate the human suffering in Yemen while also promoting a political settlement to the civil war.

Turkey and the governing AK Party’s ideological doctrines have maintained popularity in Yemen. Yet from Ankara’s perspective, projecting Turkish hard power in the war-torn country has not been realistic given such circumstances.

Decision makers thought that investing in humanitarian and diplomatic efforts would best advance Turkey’s interests. Such an effort can still guarantee Turkey a future place in the hearts and minds of the Yemenis while the regional actors that are most involved in Yemen—Iran, Saudi Arabia, and UAE—continue fighting and creating new enemies in the country.

To that end, Turkey has utilised its capacity as a member of the Organization for Islamic Cooperation (OIC), and specifically as one of the 18 members of the OIC Contact Group on Yemen. In June 2015, Turkey’s Foreign Minister Mevlut Cavusoglu attended the OIC Contact Group on Yemen’s meeting in Jeddah, which was the first of four meetings that the group has held thus far.

The Turks have also provided Yemen with emergency assistance as the Arabian country’s humanitarian crisis exacerbates, delivering humanitarian relief to Yemenis via the Port of Aden.

Moreover, Turkey hosted and treated many Yemenis who suffered injuries because of the ongoing armed conflict. In addition to its emergency assistance in 2015 and 2016, and its pledge of $1 million announced in April 2017 at the “High Level Pledging Event for the Humanitarian Crisis in Yemen”, Ankara recently sent to Yemen on a vessel containing around 11 thousand tons of humanitarian assistance, worth USD 9 million.

The ongoing Qatar crisis has changed the regional geopolitical landscape back to 2013-2014, only for the worse. The GCC’s diplomatic row has created more splits in an already-torn Yemen, cracks in the Yemini government and rifts with the partners including the Islah party and Qatar, which was expelled from the Saudi-led military coalition in the immediate aftermath of the GCC crisis’ eruption.

Not only were the Islah party and Qatar’s efforts important in terms of fighting Houthis and countering Iran’s influence in Yemen, but both were also allies of Turkey. As a result, the GCC crisis further complicated Ankara’s role in Yemen.

The OIC Yemen Contact Group meeting, which was supposed to be held in Istanbul has been postponed indefinitely. Furthermore, the Saudi-led bloc tried to hinder the Turkish humanitarian effort last July by briefly intercepting its humanitarian ship to Aden due to Ankara’s role in supporting Doha.

Now Turkey is keeping a rather low-profile role while focusing instead on the urgency of Yemen’s humanitarian crisis. Indeed, any political solution in which Ankara can play a key role in preparing an end to the civil war would be useful.

Once the dust settles in Yemen’s civil war, Turkey may return to being a far more influential player in the country due to the reach of its soft-power.