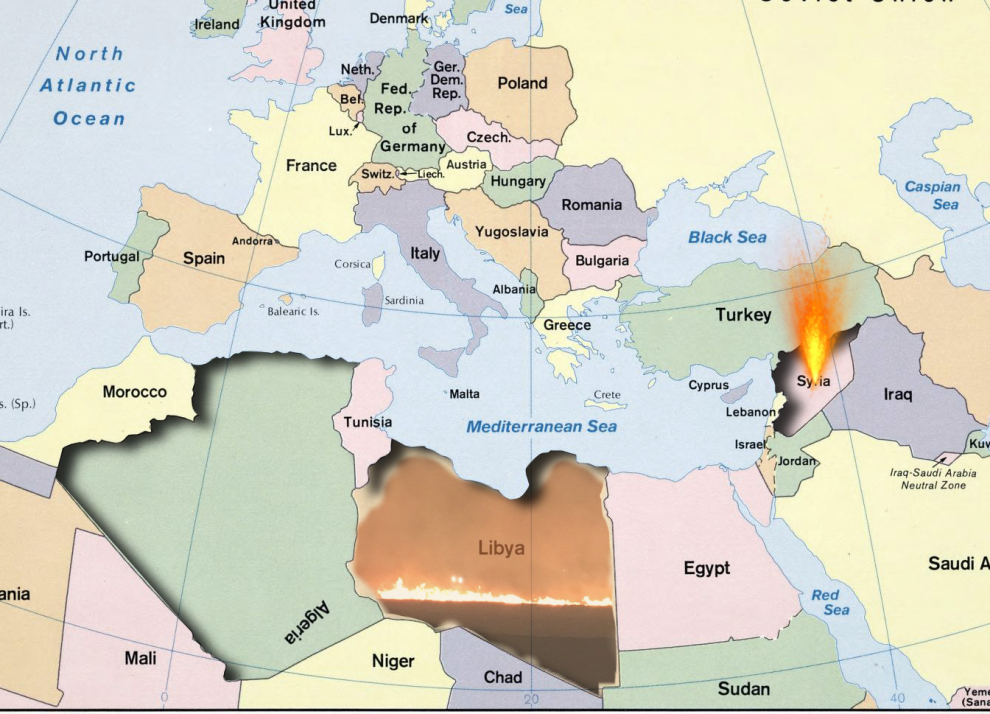 The Delphi Initiative network “Defend Democracy Press” issued a very brief commentary based on a report by Anadolu Agency that French troops entered Syria’s Al-Hasakah Governorate last week from their former positions in Iraq’s Nineveh Governorate. Its website says that the French are there to do the legwork of the Americans: To destroy the political unity of the country. France currently has troops at five U.S. bases in northern Syria.

According to its own declaration, the Delphi Initiative is composed of mainly, but not exclusively, European intellectuals who oppose the attempt of international finance and big international corporations to impose a dictatorship all around Europe. They believe that this is what the present-day European ruling elites are trying to do. This is the real “agenda” behind the debt wars against specific European nations and behind the radical transformation of the EU into a structure dominated by big banks.

It really takes courage – a lot of it – to stand up against banks and transatlantic trade partnerships. To see an international policy of war launched by the EU and the U.S. against Russia today (and China tomorrow), against the Arab and Muslim world takes more than courage: An insight on the project of the “Clash of Civilizations” is also a must to analyze the world today.

Take Greece, for instance. The Greek Syriza movement that had been organized into a political party in 2009 had been a vocal supporter of such ideas that the senior members of the EU have been manipulating the junior members into a huge burden of debt and breeding lap dogs out of them. What happened since 2015 when Alexis Tsipras took power as prime minister? He was forced to sell many public assets, including some Aegean islands, yet was unable to pay off his country’s debt to the EU. The daring Tsipras has gone and a European puppet who cannot even honor the Treaty of Extradition of Criminals his country has with Turkey has come. He succumbed to the conspiracy of war the Delphi Initiative claims the EU and the U.S. have. The country of the honorable Hellenic Civilization is laying wreaths on the Aegean rocks which are not larger than a grave.

Take Saudi Arabia and its new and ambitious young prince. Instead of leading the Muslim world when it is faced with the danger of the completion of the Israeli occupation of Jerusalem, the richest country in the world is succumbing into Jewish conspiracies presented as a peace plan by the U.S. Donning blue jeans and playing cards, even allowing women to drive cars would not make Saudi Arabia a modern country; but educating all the young people on the Arabian Peninsula would. Asking yourself why that protracted war is still continuing in Yemen would make you a leader of a modern Islamic world.

The Delphi Initiative is right in its call that elites and leaders should not transform their countries into a dominion of finance. The defend democracy website could not be more on target in its commentary that France is now in Syria to complete the job the U.S. started to dismember Syria. France is the number one culprit in what happened in Libya. The U.S. started the (internal and external) war in Libya; France had completed it by creating at least nine sections in it. The state of Libya is not much of a state any more.

Now that President Donald Trump cannot afford to complete the U.S. Central Command’s (CENTCOM) plan to create three Syrias, the fresh military and monetary resources of France are called to the rescue. The praises and gestures of The Donald (and the enormously funny hat Melania wore) were for a reason: Pass the baton in the Syrian relays to France.

Apparently the French want to complete their job as fast as they can while Turkey, the main impediment in realizing this atrocious plan, is busy with elections.

It will not work. Syria will remain in one piece. As the French say, it is “finger on the nose.”