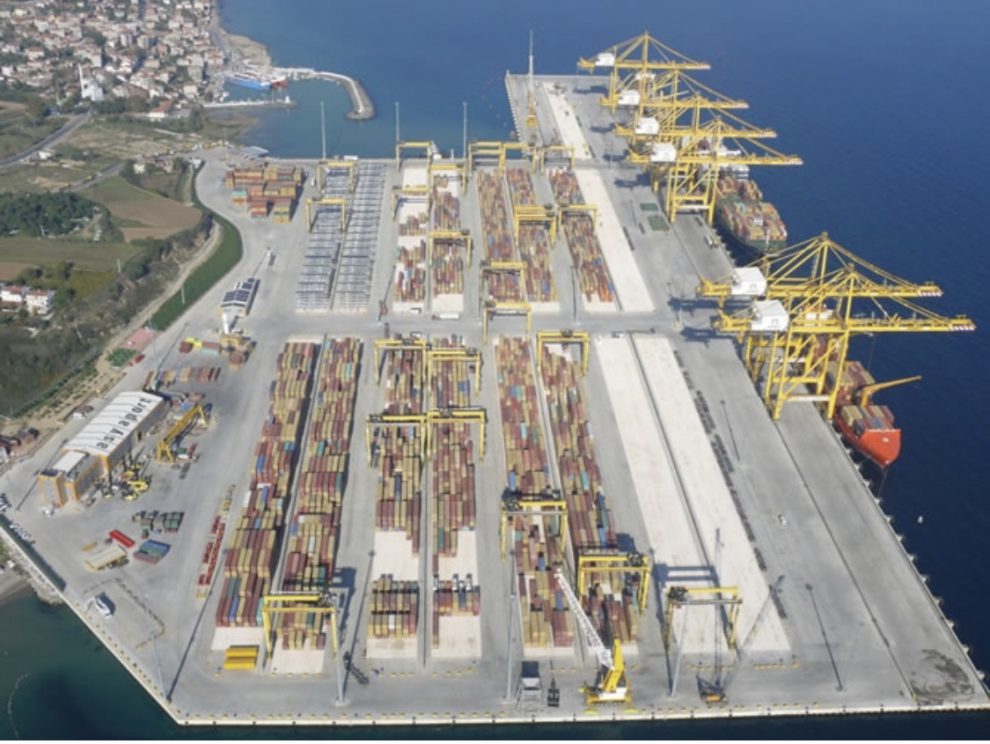 Turkey’s largest transit port will offer daily containerships to Europe starting from second week of March after being added to MSC Himalaya shipment route which would boost Turkey’s exports by providing cheaper and faster alternative of goods for the European markets.

Asyaport is located on the Marmara Sea in Tekirdag province some 150 kilometers away from Istanbul. The port was built in 2015 with $500 million investment in partnership with Geneva-based world’s largest container operator MSC. Inclusion of Asyaport in MSC Himalaya shipment route will offer goods to the European market 90 percent cheaper than Chinese alternatives, Asyaport board chairman Ahmet Soyuer said to Turkish portal, Dunya. “Daily containerships from Turkey to Europe will provide an important opportunity for Turkish exporters to compete Chinese rivalry,” Soyuer added. MSC Himalaya containerships will provide access to 14 ports through out Europe on a daily basis.

Asyaport and MSC subsidiary, Medlog,  has started exports via trains back in November 2020 from Tekirdag station to Europe. Last week, railroad link between the Medlog station and the port has been completed hence enabling Asyaport to offer railroad integration for goods arriving from Asian and Middle Eastern markets bound for eastern Europe. “Integration of seaways to railroad makes Asyaport a unique export location, and saves average 12 days for goods destined to eastern Europe” Boyuer pointed out.

Asyaport aims to increase its docking capability to three containerships from current two by investing another $150 million in the near future to be able to meet the ever-growing export demands.

Asyaport and MSC has so far invested over $2 billion in Turkey in several affiliated sectors and employs over 4 thousand people.

Ahmet Boyuer has also shown that he is much more than a successful businessman and investor. He built a mosque, church and an adjacent synagog inside the port offering worship places to members of different religions whom arrive at the port.