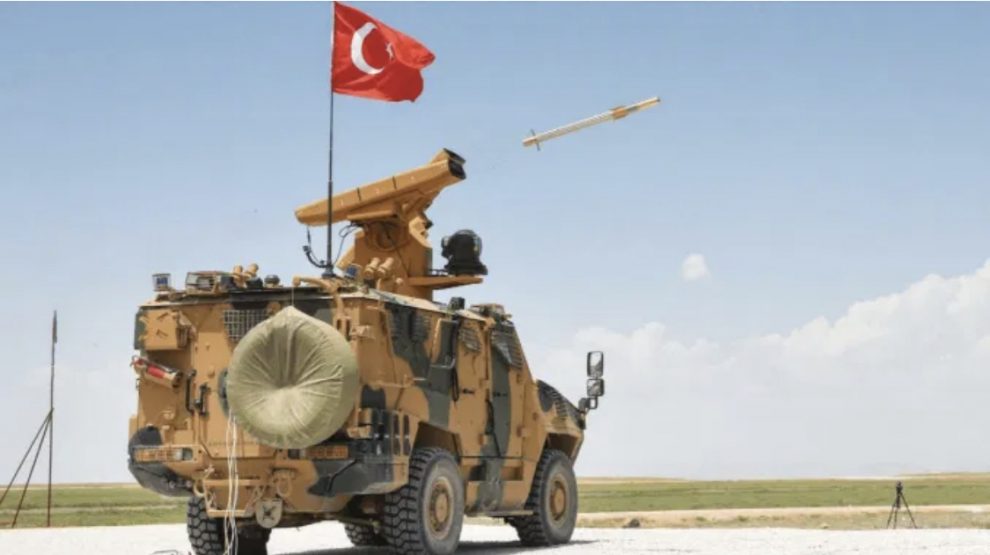 “Sungur solidified its role in layered air defense with its successful test shot against a moving target at maximum range and altitude,” Demir said on Twitter.

The Sungur uses Soviet cold-launch technology, in which the missile is expelled by gas and the rocket engine ignited after the missile clears the silo. The same method is used in Russian S-300 and S-400 air defense systems

The portable Sungur can be installed on land, air and sea platforms. It can reportedly detect, track and hit targets through 360-degrees from moving platforms

Turkey’s layered air and missile defense capability the Sungur has been undergoing development since 2013  and expected to replace similar systems purchased from abroad.