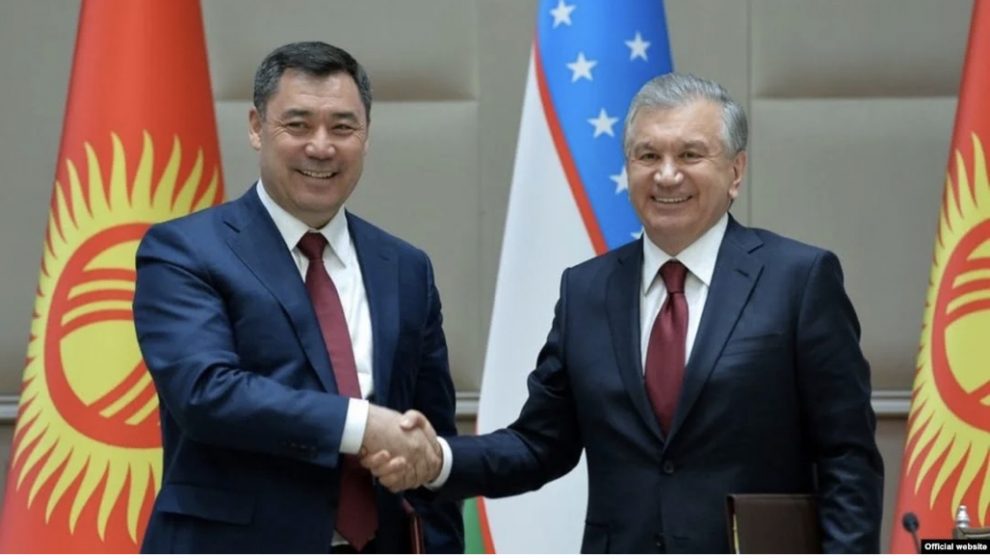 When Uzbek President Shavkat Mirziyoyev hosted his Kyrgyz counterpart President Sadyr Japarov in Tashkent on Friday the March 12th, most media outlets focused on how the two nations have agreed on overcoming decades-old bilateral issues. But only certain journalists pointed out perhaps a more important but an overlooked detail. Both leaders preferred to speak in their common native tongue during the press conference instead of Russian, a major shift from Russian cultural dominance since the independence of their countries. The unexpected but somewhat anticipated conversation has also triggered a belated debate. What is the name of their language? What is the name of the language, dialects of which are spoken by up to 200 million people through out a large geography all the way from China to Turkey?

Yusuf Erim, editor at large at Turkey’s english language news channel TRT World who specifically stressed the importance of Uzbek and Kyrgyz leaders speaking in native tongue during the meeting in the Uzbek capital argues that the language should be called Turkish rather than Turkic. “ Turkish (language) should not be identified geographically with Turkey. It should be ethnically identified with Turkic people. We are Turkic people. It’s normal to say we all speak Turkish,” said Erim on Twitter as a response to a follower who rejected calling the language Turkish. Erim pointed out that the language spoken in the US is not called “American” but English, to further argue his case.

The issue could be hard to comprehend for those who are not related to the subject. But the case of Spanish throughly explains the situation with Turkic nations.

All of Latin American countries speak Spanish either officially or as a non-official language from Mexico to all the way down to southern tip of the continent to Chile.

Turkey has been to the Central Asian Turkic nations what Spain has been to the Latin America in that manner. The fact that official language of Turkey being called Turkish should not discourage other Turkish nations from calling their dialect Turkish.

2021 marks the 30th anniversary of Turkic countries’ independence from the Soviet Union. Russian cultural dominance in its former nations have slowly but gradually been fading. Kazakhstan has decided to switch to Latin Alphabet in 2017 but transformation will take a long time. Uzbekistan has also reportedly been mulling its options on dropping Cyrillic alphabet.

Turkic nations would emerge into a more similar versions of the language once alphabet unity is achieved regardless of what its named, experts say. Its political and economic implications, however, would transcend the regions where the language is spoken.