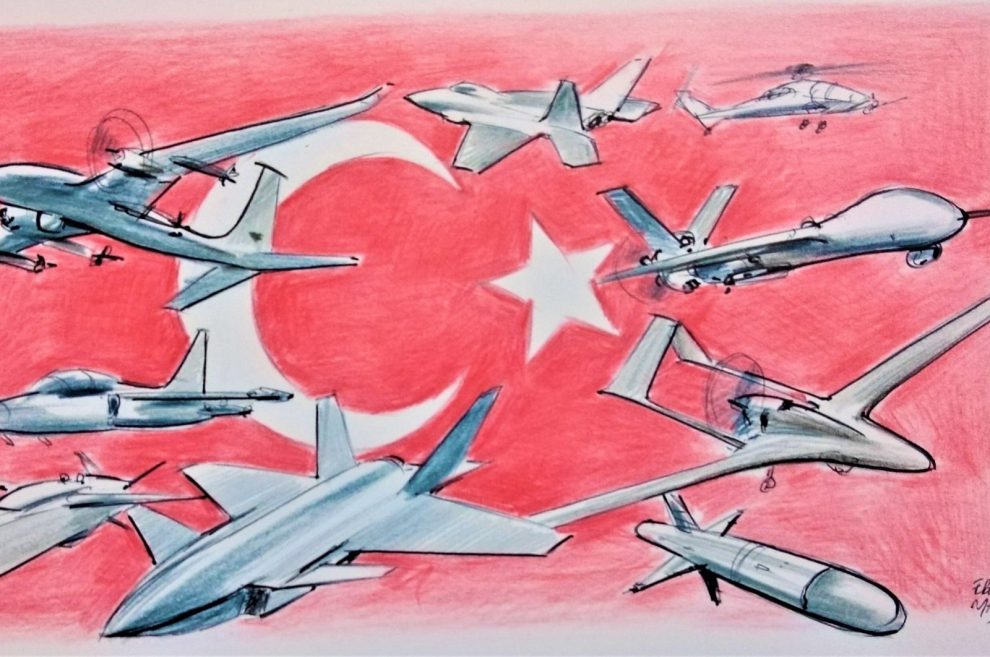 News about the constant developments in Turkey’s defense industry is mentioned in global and local media almost on a daily basis. Its Bayraktar TB2 unmanned aerial vehicles (UAVs), in particular, has made it to most of the world’s agenda after its success in battlefields from Syria to Karabakh. Besides the landmark UAVs, the Turkish defense industry also has several other noteworthy products. For example, there is the brand new combat drone Akıncı, which has been sold to two countries so far, one of them being Pakistan. Pakistan also expressed its interest in buying Bayraktar TB2s too. Some media reports claim that the country might add Turkey’s domestically produced fighter jet TF-X to its inventory.

There is also the Bayraktar TB3 UCAV that is to be deployed to Turkey’s flagship-to-be amphibious assault ship TCG Anadolu. There are rumors that the Japanese navy is interested in the Bayraktar TB3s but there is still no confirmation from Japan yet. New orders of drones are expected in the upcoming days, including those from European countries. Nineteen countries currently have Bayraktar TB2 in their inventory.

Besides, the drone magnate Baykar’s National Unmanned Combat Aerial Vehicle System (MIUS), named Kızılelma (red apple), has entered the integration stage. Kızılelma will be able to reach a speed of 900 kilometers (560 miles), stay in the air for five hours, have a 1.5-ton payload and will be able to take off from the aircraft carrier. Baykar is reportedly also interested in the space industry.

On the other hand, Turkey is looking for jets that will fly with the F-16s until the first TF-X is delivered. Therefore, the Russian jets will not probably be an alternative in the new procurement process. Turkey is also interested in Eurofighter and plans to buy 80 jets.

The problem relating to the engine of the domestic main battle tank (MBT) Altay seems to have been solved. The Presidency of Defense Industries (SSB) chairperson, Ismail Demir, said they would buy the engine from South Korea and the initial tests with the new engine will start in May. Altay was to be powered by Germany-made MTU engines but alternatives had to be found due to Germany’s undeclared sanctions.

A 1500 horsepower engine has also been developed by Turkey’s land vehicle manufacturer BMC and is in the testing phase now. The production of the engine for the TF-X project has almost concluded as the United Kingdom-based Rolls Royce and the Turkey-based Kale Group have finally agreed to co-produce a brand-new engine for the project.

The reason behind halting and slowing down of Turkish defense projects up till now has been engines. While Turkish companies are able to produce engines for drones, missiles and even helicopters, foreign assistance is needed for bigger scale engines such as those of tanks and fighters. The latest developments indicate that this problem has almost been solved, which may pave the way for the mass production of advanced weapons.

Since many Turkish weapons are combat-proven and cheaper, it can be expected that more countries will procure them, boosting defense exports. While Turkish companies exported more than $3.2 billion (TL 47 billion) worth of weapons in 2021, they may reach $4 billion this year. Thus, besides ending arms dependency, Turkish defense companies are reaping high revenues from production.

European leaders continue to visit Turkey, though reluctantly
Mustafa Dzhemilev believes in a favourable outcome of the war for Ukraine