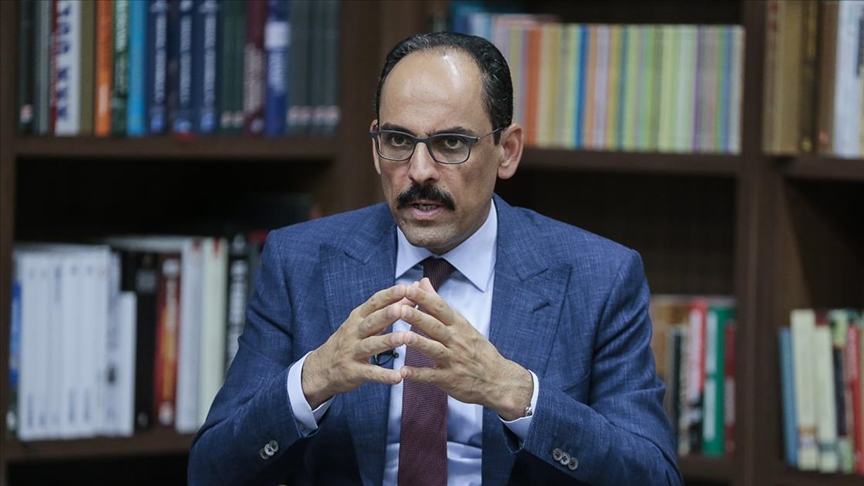 Kalin spoke to Bloomberg about wide range of issues from relations with the US to restoring ties with Egypt and the migration deal with the EU. Kalin urged the US policymakers to realize the seriousness of bilateral issues. “They (issues) go to the very heart of our national security concerns. Turkey’s S-400 decision wasn’t taken overnight,” Kalin was quoted by Bloomberg.

Erdogan’s spokesperson said Turkey could have both Patriots and S-400s and have the latter not be integrated into the NATO defense system.

Kalin pointed out that Washington has acknowledged the S-400 issue is not a technical but a political one.

Kalin called on the US policy makers for constructive dialogue as Ankara accomplished with Moscow to settle some hard issues but said maximalist demands would just push Turkey further away.

“A new strategic outlook means putting more emphasis on having good relations with Turkey because of Turkey’s geopolitical location and Turkey’s standing in the western alliance,” Kalin said.

He also reminded that the migration deal between Turkey and the EU needs an update.

Ibrahim Kalin made comments about recent thawing signs between Ankara and Cairo after bilateral relations collapsed following a bloody coup in Egypt.

A new chapter can be opened, a new page can be turned in our relationship with Egypt as well as other other Gulf countries to help regional peace and stability.