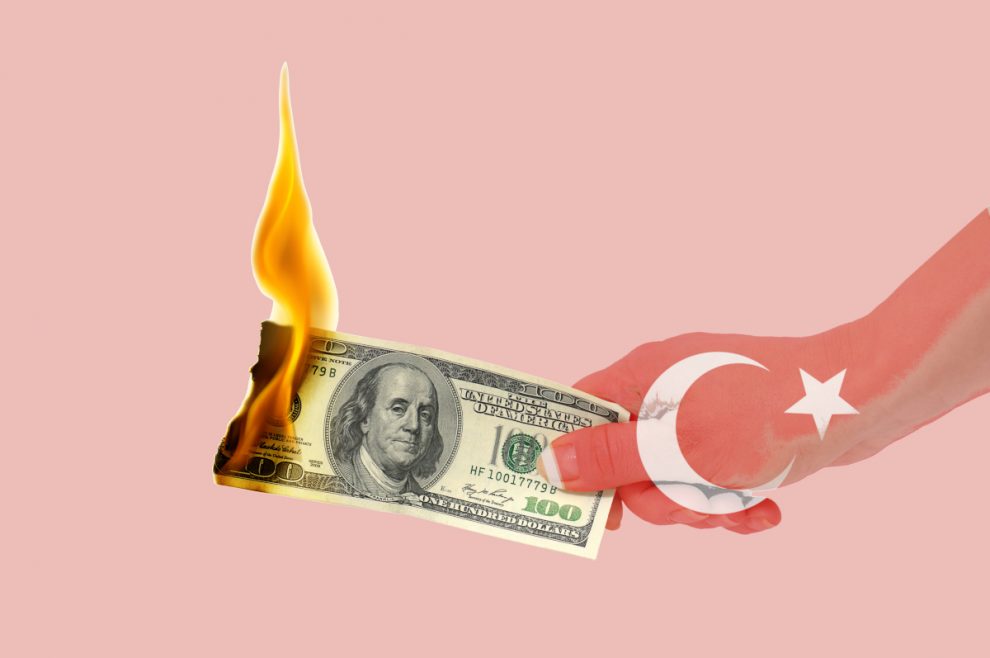 Being aware of the speculative moves on the U.S. dollar against the Turkish lira, Turkish people are not being manipulated by the ongoing dramatic rise

During the late hours of May 23 in Turkey while most people were asleep, the Turkish lira lost value against the U.S. dollar by 30 cents within 20 minutes. The people found out in the morning that the U.S. dollar climbed from TL 4.60 to TL 4.90 in one night.

I am not an economist; but as a sociologist, I learned a lot that day. This development incited a heated debate in society. Some people bought or sold foreign currency whereas some panicked. However, despite this dramatic loss of value in the Turkish lira, not a single sign of anxiety was seen in public. Neither a protest nor any kind of reactionary organization was held.

One of the deputy chairs of the main opposition Republican People’s Party (CHP) tweeted that the election must be finalized in the first round to prevent the dollar from hitting TL 8. This call was regarded as an opportunistic exploitation of the dollar to panic the public and stirred reaction rather than being approved. Asking for people’s votes by uttering monetary threats met with backlash.

Meanwhile, Temel Karamollaoğlu, the chairman of the Felicity Party (SP) that allied with the CHP for the upcoming elections, stated that this crisis could not be resolved unless the country borrows money from outside. He previously said that our economy would have been better had we continued to borrow money from the International Monetary Fund (IMF). Considering these two remarks, the SP leader’s defense of a debt economy and suggestion of stopping investments also drew negative reactions.

The Turkish lira swiftly recovered against the dollar following the statements of the Turkish prime minister and president, who reiterated their loyalty to free market economy values upon the Central Bank’s interest rate decision.

Currently, the exchange difference is below the levels seen on May 21. Interestingly, even the masses supporting President Recep Tayyip Erdoğan’s stance against interest rates did not consider it strange that the free market economy is being embraced, which might indicate a general acceptance of liberal economic and political values among Turkish society.

What really fascinated me during the process was observing that determination was prevalent among people, rather than panic in the face of dollar’s dramatic rise. Even on the night of the July 15 coup attempt in 2016, during which our Parliament was shelled and 250 citizens were killed, the Turkish lira lost value against the U.S. dollar only by 5 cents. On May 23, on the other hand, the currency lost value by 30 cents. Considering this difference, one expects to observe in society the tangible effects of this loss in value. But given that life went on as usual even in the morning following the coup attempt, I cannot help wondering if the Turkish people really have an idiosyncratic culture of resilience.