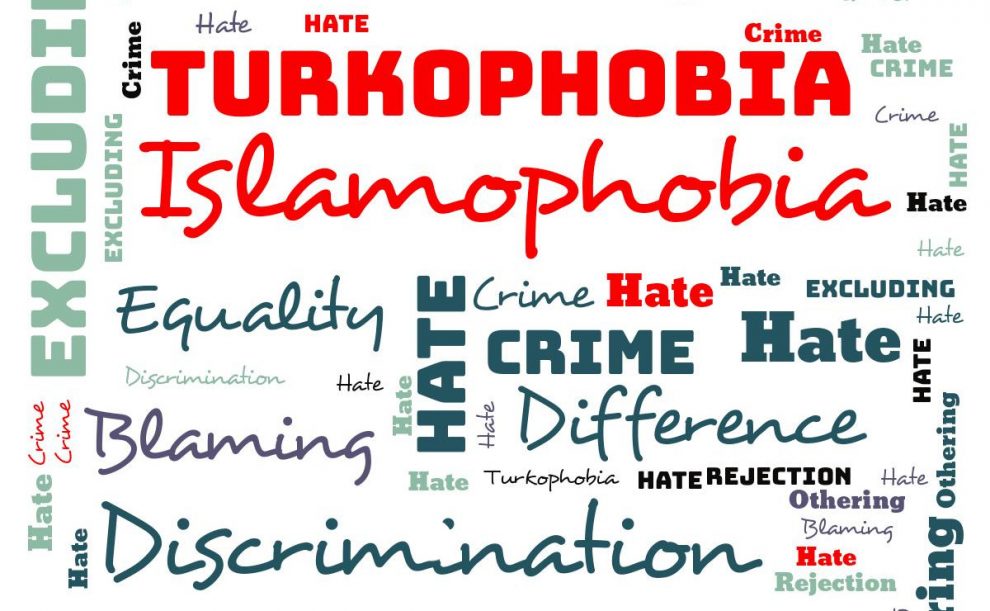 The manifesto published by the terrorist who killed 50 Muslims in two mosques in New Zealand reads: “Until the Hagia Sophia is free of the minarets, the men of Europe are men in name only.”

It is a weird coincidence that the European Parliament announced that it was against the conversion of Hagia Sophia into a mosque in its decision to suspend negotiations with Turkey two days before the attack. Probably, such an effort to intervene in the status of a place of worship in the territory of a sovereign state is a first in the history of the European Parliament.

However, this antithetical sentiment that has arisen in Europe is not unfamiliar for us, the Turks. The Ottomans ruled on three continents for centuries. They had a unique and, relevantly here, more multicultural form of governance. For instance, when the Iberian Peninsula was invaded by the Spanish, the Ottoman state was a safe haven for Muslims and Jews who were subjected to massacres and forced migration directed by Catholic monarchs Ferdinand and Isabella. The ancestors of a major part of the current Jewish population are Sephardi Jews who migrated from Spain. If there is a “Balkan question” today or if the second language of the Maghreb people is not Turkish but French, this is due to the Ottoman administration not forcing people to change their language and religion.

However, these nuances have no meaning for the European unconscious. After all, the Ottoman Empire was the sovereign of Islam, and the Turks are a nation that fought Christian Europe and were the standard-bearers of Islam for six centuries.

As a matter of fact, one of the names written by the terrorist in New Zealand on his rifle was of the Serbian soldier who killed Ottoman Sultan Murad I and one of the dates was 1683, when the Ottoman army besieged Vienna for the second time. In almost every European country you look at, you can find traces of fear of the Turks remaining from the Ottoman era. For instance, a croissant is a pastry made to celebrate the end of the Turks’ siege of Vienna and represent the crescent of Islam.

For an example from recent history that is not as sweet as the above mentioned one, we should remember the Brexit discussions. One of the leading slogans of the “leave” campaign was: “Turkey (population 76 million) is joining the EU. Vote Leave, take back control.” The fear that the Turks would flock into the U.K. in droves spread among British politicians from Boris Johnson, who later became foreign secretary, to then U.K. Independence Party (UKIP) leader Nigel Farage. Even then-Prime Minister David Cameron, one of the most important supporters of Turkey’s EU accession, was pressured to say, “We will veto if there arises a possibility of membership.” Turkophobia was one of the most important elements in the success of the Leave campaign. We see the situation where this irrational fear has brought the U.K. today.

The anti-Erdoğan stance, which is in parallel with the anti-Turkish sentiment, is not seen in the text of the Christchurch terrorist alone. For instance, please remember the Der Spiegel cover two months after the attempted coup in Turkey when 251 people were killed. The cover features a godfather-like picture of Erdoğan with sunglasses looking over the Blue Mosque whose two minarets are turned into missiles along with the title: “Turkey losing its freedom.”

Associating the minarets of a place of worship with missiles is aggressive and anti-Muslim hatred enough on its own. Besides, that this message is given in relation to the Blue Mosque, which sits next to the Hagia Sophia, and that Erdoğan, who survived an assassination attempt two months earlier, is shown as a brutal godfather, seems to summarize European anti-Turkey bias.

There could be no reason for such an unfair portrayal apart from the West’s projection of its Turkophobia through President Erdoğan, as he is a leader who has strengthened Turkey. What happened to German footballer Mesut Özil merely because he appeared in a photo with Erdoğan could also be considered in this respect.

That is why, as a Turk, I would advise the Western media, which are revising their anti-Islam topics and themselves today, to also revise the anti-Turkish attitude that they often display, hiding behind the anti-Erdoğan attitude. This is because Turkophobia is a kind of racism deeply engraved in Europe’s genealogy and is an inherent part of anti-Muslim sentiment.
Source: Daily Sabah