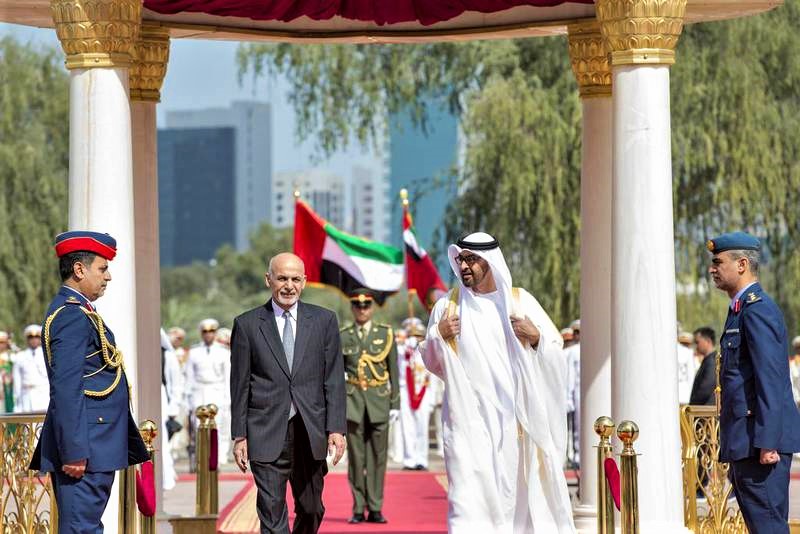 The Taliban’s final advance on Kabul in mid-August came so rapidly it left then-Afghanistan President Ashraf Ghani “dumbfounded” enough to flee the country for the United Arab Emirates (UAE) with only the clothes on his back— at least, that’s the version of the story he prefers to tell.

The story told by his Ambassador to Tajikistan – Mohammad Zahir Aghbar – and Defense Minister – Bismillah Khan – however, details an incompetent and corrupt villain who “stole US$169 million from state coffers” and “betrayed the state and nation.”

“Those trading or selling out their motherland should be punished and arrested,” Khan posted on Twitter, adding the hashtag #InterpolArrestGhani.

If his former cabinet officials are to be believed, and there’s no good reason not to, then we can ascertain that Ghani is holed up in a luxury waterfront villa in Dubai with hundreds of millions of dollars stolen from the Afghan people, joining many of his colleagues and predecessors who have funneled cash along the “Kabul-Dubai pipeline.”

Indeed, a 2010 report uncovered how billions of dollars in corruption proceeds were transferred from the Kabul Bank in Afghanistan to Dubai with the knowledge of the UAE government. Moreover, leaked documents published by the Bureau of Investigative Journalism (BIJ) revealed senior Afghan government officials and their family members purchased luxury properties in the Emirate state, including relatives of two former Presidents and a presidential candidate, whose brother allegedly arrived in the UAE with US$50 million in cash.

The arrival of Ghani in Dubai, along with his reported US$169 million in stolen loot, speaks to the way in which the UAE has become the destination of choice for corrupt and shadowy political figures, along with transnational criminal organizations and US-sanctioned individuals.

In short, the UAE is a haven for the dirty and dastardly, with foreign law enforcement agencies viewing the Arab Gulf state as a base for an array of criminal activities carried out in their respective jurisdictions.

This is corroborated in a Carnegie Endowment for International Peace report by Karen Greenaway titled, “How Emirati Law Enforcement Allows Kleptocrats and Organized Crime to Thrive.” Greenaway is an attorney who served more than 22 years in the Federal Bureau of Investigation (FBI) as both a special agent and supervisory special agent. She writes that foreign law enforcement agencies face three primary challenges to cooperation with their Emirati counterparts: an “opaque command and control structure, the oft-diverging interests of particular Emirates and the federal monarchy, and constraints imposed by the UAE federal government that limit the scope and depth of international cooperation.”

Thus, for US law enforcement agencies, collaborating with the UAE is problematic because Emirati investigating authorities constitute a “patchwork,” as each Emirate state is responsible for enforcing its own criminal laws. This makes it considerably more “difficult for international investigators to connect and build relationships with local partners,” Greenway explains further.

A “senior [Israeli] police officer” claims the criminals absconded to the UAE after being tipped off about forthcoming arrest warrants issued against them. The suspects have since been charged with serious offenses, including murder, attempted murder, drug trafficking, money laundering, fraud, extortion, and theft – but remain in Dubai, out of reach of Israeli authorities.

Some of the criminals have even entered partnerships with Emirati businesses and gained permanent residency rights in Dubai, the Mako article asserts.

It identifies more than US$100 million in suspicious purchases of apartments and villas in the UAE, and blames the “permissive nature” of the Emirati government, while also narrating how it has “global security implications far beyond the sands of the UAE.”

“In an interconnected global economy with low barriers impeding the movement of funds, a single point of weakness in the regulatory system can empower and enable a range of global illicit actors,” the authors of the report say.

Maira Matini, a spokesperson for Transparency International, said in an interview that “it’s too easy to buy property in Dubai with anonymity” and “there’s no information available that would detect wrongdoing.”

There’s also no available information on where and how the ousted Afghan President has parked his illegally obtained wealth, and it’s unlikely we will know anytime soon, given the UAE’s opaque criminal justice system. But, what we do know for certain is that the UAE has betrayed the Afghan people by helping Ghani and other corrupt Afghan government officials funnel the country’s stolen wealth into Dubai.