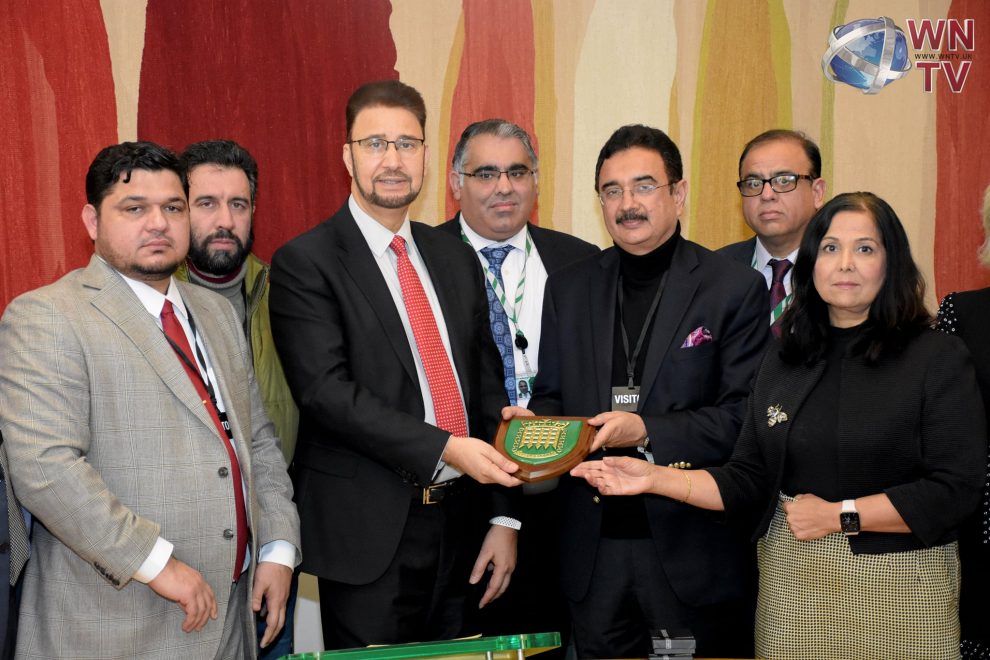 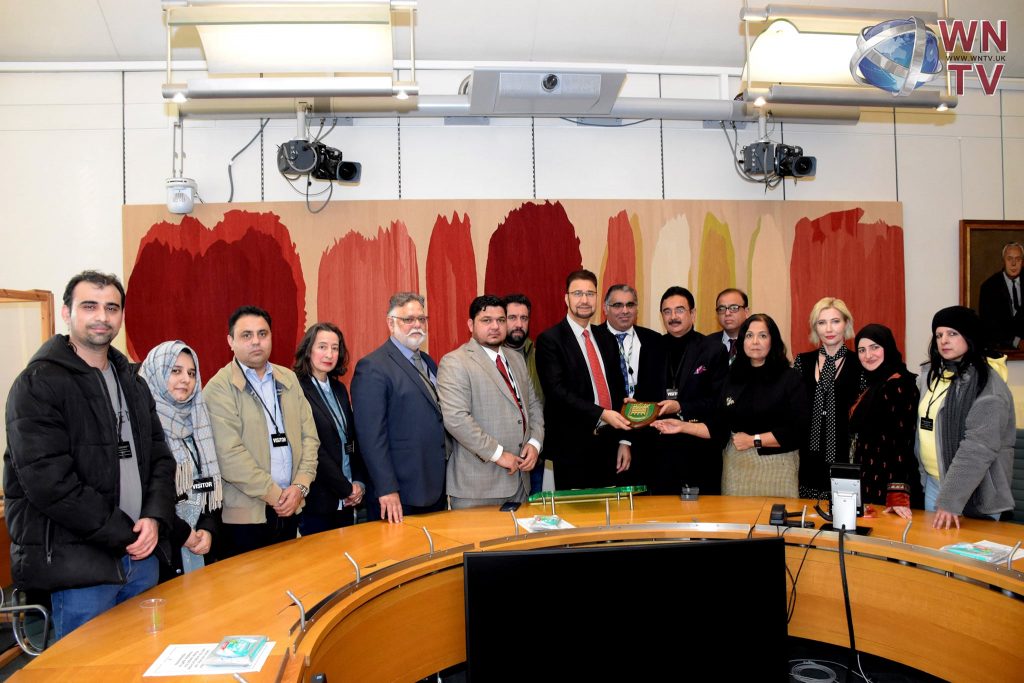 ‘There is a need for collaboration between academic institutions of the UK and Pakistan to study Kashmir dispute, speakers said at an event hosted by Tehreek-e-Kashmir (TeK) UK.
The British Parliament’s influential session also discussed the possibilities and challenges of joint academic researches, taking place between British and Pakistani universities “with an aim to draw the attention of international organizations on human rights violations in Indian Illegally occupied Jammu and Kashmir (IIoJK), in the light of international law”.
Highlighting the urgency of the matter, Dr Afzal Khan CBE MP  said: “Today’s topic is an very important issue, which is integration of Pakistani and UK academic research on humantarian issues especially regarding Kashmir.”
Continuing as “We must not forget that 1.4 million Pakistanis are residing in the UK and they are vital assests of the two countries”.
Shadow Minister Afzal Khan MP also suggested that, Pakistani government to formulate projects to engage younger generation of British-Pakistani diaspora.
Imran Hussian, also a British lawmaker and Shadow Minster in the UK Parliament has pointed that ‘the government of Pakistan and research department of various universities of Pakistan must continously interact with the UK universities and overseas Kashmiri and Pakistani orgainsatiions like Tehreek-e-Kashmir UK which are working tirelessly to highlight the suffering of the Kashmris under brutal occupation of India’.
MP Imran Hussein reminded everyone that, Kayani-led Tehreek-e-Kashmir UK has also submitted a very well documented petition on the plight of Kashmiri women with facts and figures to the office of the Prime Minister of the UK; adding “Such reports on serious human rights violations by India in IIoJK need to be published regularly to garner world attention”.
During the discussions in the seminar, terming the conference as a “good initiative”, MP Tahir Ali stated that, he will send youth from his consituency to visit various universities and institutions of Pakistan “to have better understanding.”
Also joining the meeting
“It is great to see many Pakistani students in this conference who are pursuing studies in various subjects in the UK universities,” said MP Muhammad Yasin.
Throughout the seating Yasmin Qureshi, UK Shadow Minister “It is really a matter of pleasure that students have gathered to discuss a nuclear flash point i.e. Kashmir which deserves high-level academic research in accordance with international jurisprudance and ongoing other world issues” said.
Prof. Dr. Muhammad Ali, the vice chancellor of Quaid-e-Azam University, thanked to the British parliamentarians and to guests for their “crucial role in highlighting Kashmir dispute in international power corridors to expose human rights violation in IIoJK”.
Prof. Dr. Mohammad Ali also remarked about, Quaid-e-Azam University passed a “unanimous resolution condemning India’s illegal actions by repealing Articles 370 and 35A and brutally laying siege to Kashmir”. 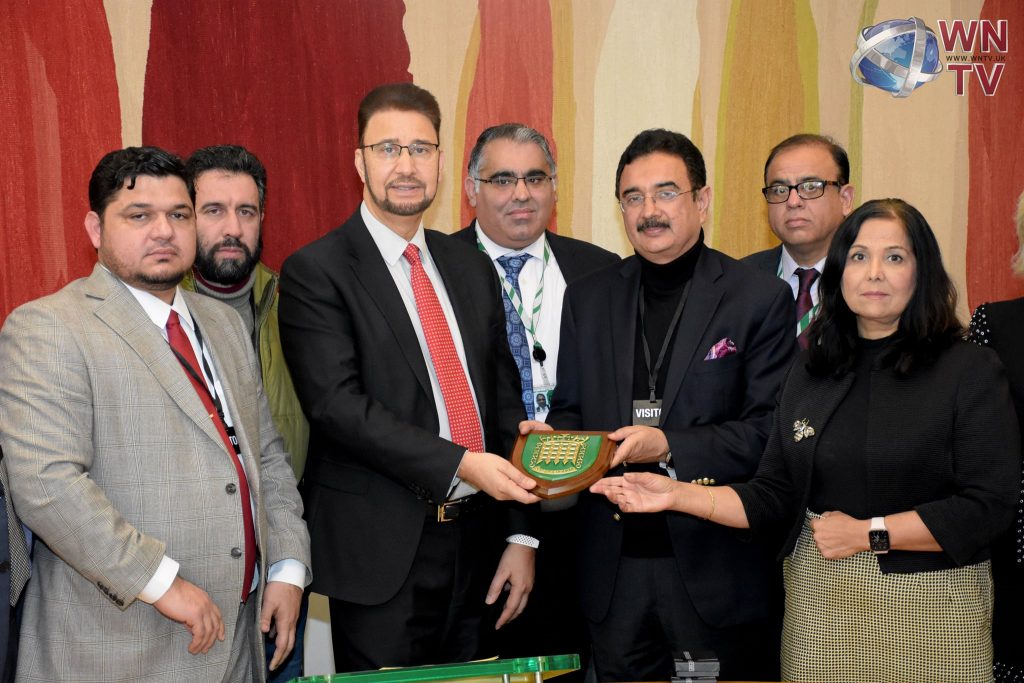 Following the seating, Ms Sheni Hamid, Int. Political Strategist and Media Consultant, had pointed to Prof. Dr. Mohammad Ali, about the importance of media studies; and suggested, ‘adding pivotal topics on media studies at most university branches; as -due the worldwide influence of media- understanding the dynamics of  media is crucial in educational process; hence, the students would practice their future expertise within the knowledge of this international and dominant power as well’.
On the occasion, British lawmaker Dr. Afzal Khan alongwith British Parliamentarians and President of Tehreek-e-Kashmir UK Fahim Kayani presented a British Parliament plaque to Prof. Dr Muhammad Ali “in recognition of his services  to Pakistan’s higher education”. 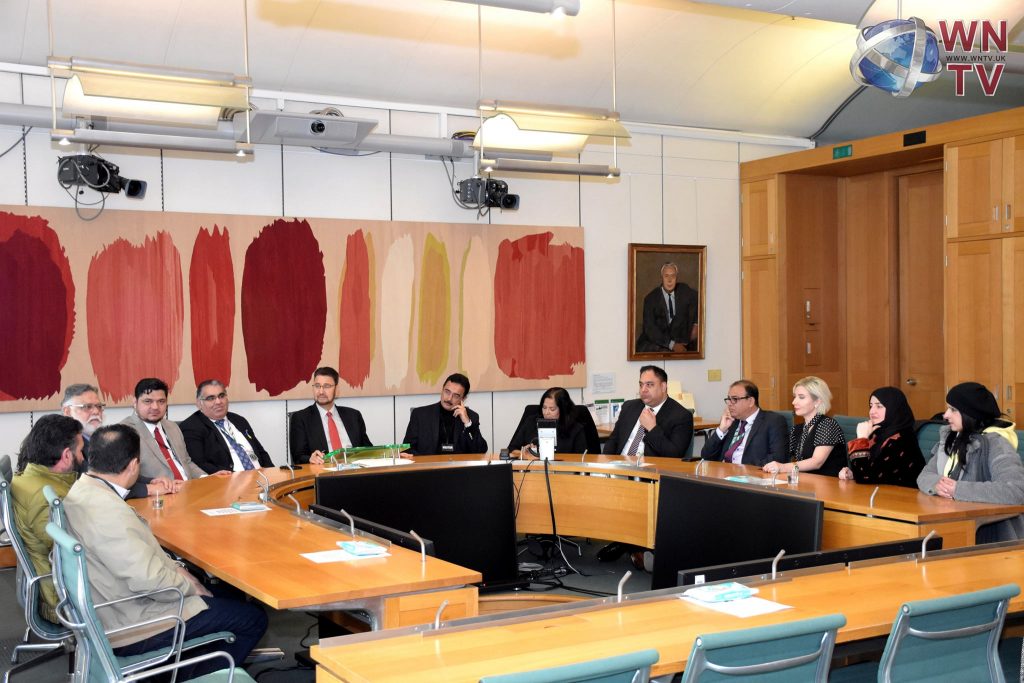 Prof. Dr. Muhammad Ali, the vice chancellor of Quaid-e-Azam University is the first Pakistani academician to receive the British Parliament  plaque in the House of Commons.