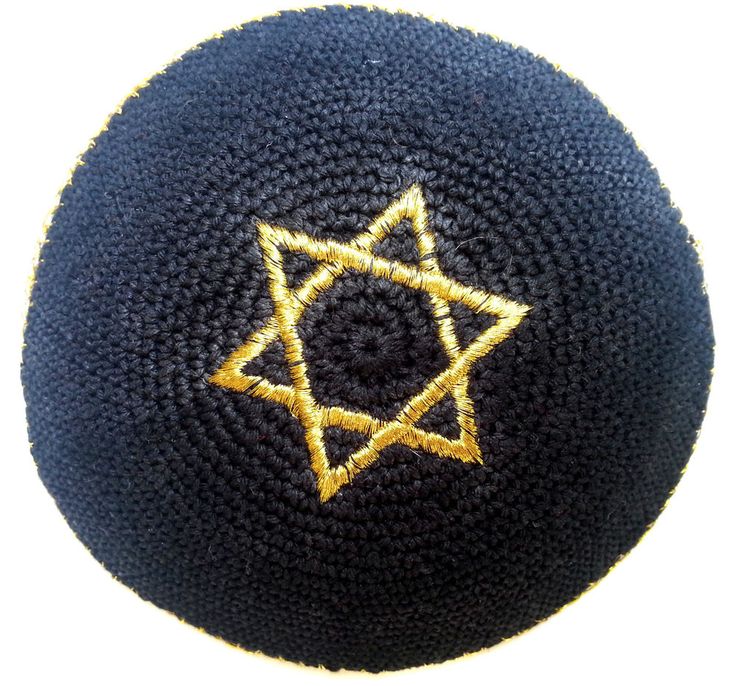 Who has helped create a war-addicted America?

I recently was asked to speak at an online conference entitled Deep Truth: Encountering Deep State Lies. My panel addressed Understanding Zionism: Deconstructing the Power Paradigm and my own topic was How Jewish Power Sustains the Israel Narrative. Working on my presentation, I was forced to confront the evolution of my own views on both the corruption of government in the United States and the ability of powerful domestic lobbies to deliberately distort the perception of national interests to benefit foreign countries even when that activity does terrible damage to the U.S.

My personal journey began half a century ago. I became part of the U.S. national security state after being drafted for the Vietnam War when I graduated from college in 1968. I was at the time, vaguely pro-war, having bought into the media argument that international communism was mounting a major threat in southeast Asia. I also found the anti-war student movement distasteful because I was acquainted with many of its spokesmen and knew that they were chiefly motivated by a desire to avoid the draft, not due to any perception that the war itself was wrong or misguided. I knew a lot about the Punic Wars but precious little about former French Indochina and I suspect that those chanting “Ho-ho-Ho Chi Minh” might have known even less that I did.

Because I spoke some Russian, I wound up in an army intelligence collection unit in West Berlin for three years where I and my fifty or so comrades did absolutely nothing but drink and party. It was my introduction to how government really works when it was not working at all and it did provide me with GI Bill money to go to grad school. After my PhD came a relatively easy transition to CIA given the fact that my degree was so obscure that no one but the government would hire me.

The journey from an army unit that was asleep at the wheel to the CIA, which was in full downsizing crisis mode post-Vietnam, was educational. Whereas the army was too bloated and complacent even to fake it, the Agency was fully capable of creating crises and then acting like the defender of American interests as it worked to resolve the various situations that it had invented. The war against Eurocommunism, which I was engaged in, was hyped and billed as the next great threat against the American way of life after the Vietnam blunder, swallowing up resources pointlessly as neither France, nor Spain nor Italy ever came close to entering the Red orbit.

As I climbed up the CIA ladder I also noticed something else. There was the equivalent of a worldwide conspiracy to promote threats to keep big national security-based government well-funded and in place. When I was in Turkey I began to note considerable intelligence liaison reporting coming from the Israelis and others promoting their own agendas. The material was frequently fictional in nature, but the danger was that it was being mixed in with more credible reporting which gave it traction. U.S. government consumers of the reporting would inevitably absorb the dubious viewpoint being promoted that Arabs and Iranians were fundamentally untrustworthy and were in bed with the Soviets.

There was considerable negative reporting on Saddam Hussein also coming out of Israel and motivated by his support of the Palestinians. Some of this ultimately surfaced in the Pentagon’s Paul Wolfowitz-Doug Feith assessments of “intelligence that had been missed” which eventually became pretexts for the catastrophic Iraq War. I later learned that both Feith and Wolfowitz had a virtually revolving door of Israeli intelligence officials and diplomats running through their Pentagon offices in the lead-up to that war.

It did not take much to connect the dots and realize that Israel, far from being a friend and ally, was the principal catalyst for the many missteps that the United States has made in the Middle East. U.S. policy in the region was being deliberately shaped around Israeli concerns by American Jews ensconced in the Pentagon and White House who certainly knew exactly what they were doing. No one should blame the Israelis for acting in their own self-interest, but every loyal American should blame the Libbys, Feiths and Wolfowitzes for their willingness to place Israeli interests ahead of those of their own country.

After my departure from government in part over my disagreement with the Iraq War, this willingness to place the United States in peril to serve the interests of a foreign country began to bother me, and there is no country that manipulates the U.S. government better or more persistently than Israel. I gradually became involved with those who were pushing back against the Israel Lobby, though it was not generally referred to in those terms before Stephen Walt and John Mearsheimer produced their seminal work The Israel Lobby and U.S. Foreign Policy in 2006.

It does not take a genius to figure out that the United States is deeply involved in a series of seemingly endless wars pitting it against predominantly Muslim nations even though Washington has no vital interests at stake in places like Syria, Libya and Iraq. Who is driving the process and benefiting? Israel is clearly the intended beneficiary of a coordinated effort mounted by more than 600 Jewish organizations in the U.S. that have at least as part of their programs the promotion and protection of Israel. Ironically, organizations that promote the interests of a foreign government are supposed to be registered under the Foreign Agents Registration Act of 1938 (FARA) but not a single pro-Israel organization has ever done so nor even been seriously challenged on the issue, a tribute to their power in dealing with the federal government.

Those who are in the drivers’ seat of the Israel promotion process are what some would describe as the Israel Lobby but which I would prefer to call a subset of the Jewish Lobby, which in itself is supported by something I would designate Jewish Power, an aggregate of Jewish money, control over key aspects of the media and entertainment industries plus easy access to corrupted politicians desirous of positive press and campaign donations. This penetration and control of the public discourse has resulted in the creation of what I would refer to as the official “Israel narrative,” in which Israel, which claims perpetual victimhood, is reflexively referred to as “the only democracy in the Middle East” and “Washington’s closest ally and friend,” assertions that are completely false but which have been aggressively and successfully promoted to shape how Americans view the Israeli-Arab conflict. Palestinians resisting the Israeli occupation are invariably described as “terrorists” both in the U.S. and Israel.

Jewish Power is a funny thing. If you read the Jewish media or the Israeli press, to include Forward, the Jewish Telegraphic Agency, Haaretz or the Jerusalem Post, you will find frequent references to it, nearly always seen as completely laudable. Bottom feeder Professor Alan Dershowitz of Harvard recently boasted that “Jews should not apologize for being so rich, controlling the media or influencing public debate…they have earned it…never apologize for using your strength…”

For many Jews like Dershowitz, Jewish power is something to be proud of, but they also believe that it should never be noticed or examined by non-Jews. Gentile criticism of Jewish collective behavior is something that must continue to be forbidden, just as the expression “Israeli Lobby” was largely taboo before Walt and Mearsheimer. Israeli partisans regularly engage in the defamation of individuals, including myself, who do not conform to the taboos as anti-Semites or holocaust deniers, labels deliberately used as weapons to end discussion and silence critics whenever necessary.

So why do I think that we have to start talking about Jewish Power as opposed to the euphemism Israel Lobby? It is because the wars in the Middle East, which have done so much to damage the United States and were at least in part arranged to benefit Israel, have been largely driven by wealthy and powerful Jews. If America goes to war with Iran, as is increasingly likely, it will be all about Israel and it will be arranged by the political and financial services Washington-Wall Street axis, make no mistake.

To my mind, Israel is America’s number one foreign policy problem in that it is able and willing to start potentially catastrophic wars with countries that it has demonized but that do not threaten the U.S. And those doing the manipulating are bipartisan Jewish oligarchs with deep pockets that support the multitude of pro-Israel organizations, think tanks and media outlets that have done so much to corrupt America’s political process. Hollywood producer Haim Saban, a principal Democratic Party supporter, has said that he is a one issue guy and that issue is Israel. Principal GOP funder casino magnate Sheldon Adelson, who served in the U.S. Army in World War 2, has said that he regrets that service and would have preferred to be in the Israel Defense Forces. They as well as others, including fund manager Paul Singer and Home Depot’s Bernard Marcus, are Jews laboring on behalf of the self-proclaimed Jewish State while the neoconservatives, fiercely protective of Israel, are also nearly all Jewish. Asserting that the fact that they are Jews acting for a Jewish state should be irrelevant as they are also doing what is good for America, as is commonly done by their apologists, is logically inconsistent and borders on absurdity. As for the frequently cited Bible belt Christian-Zionists who support Israel, they are, to be sure, numerous, but they do not have the access to real power in the United States that Jews have.

Jewish Power is also what has in part driven the United States into a moral cesspit. Israeli snipers shoot dead scores of unarmed Gazan demonstrators and hardly anyone in Washington has anything to say about it. America’s Ambassador to Israel, an Orthodox Jewish lawyer named David Friedman who has multiple ties to Israel’s illegal settlements, uses his position to defend Israel, ignoring U.S. interests. Last week he held a press conference in which he told reporters to “shut their mouths” in their criticism of Israel’s slaughter of Gazans.

When a young Palestinian nurse is deliberately targeted and killed while treating a wounded man, it hardly appears in the U.S. media. Arab teenagers are shot in the back while running away from Israeli gunmen while a young woman is sentenced to prison for slapping an Israel soldier who had just shot her cousin and was invading her home. Heavily armed Israeli settlers run amok on the West Bank, beating and killing Arabs and destroying their livelihoods. That is what Israel and its Prime Minister Benjamin Netanyahu are all about and that is precisely the kind of a nation that America should not want to become, but unfortunately the role of Washington as Israel’s obedient poodle has our once great country moving in the wrong direction. This has all been brought about by Jewish Power and it is time to wake up to that fact and address it squarely.