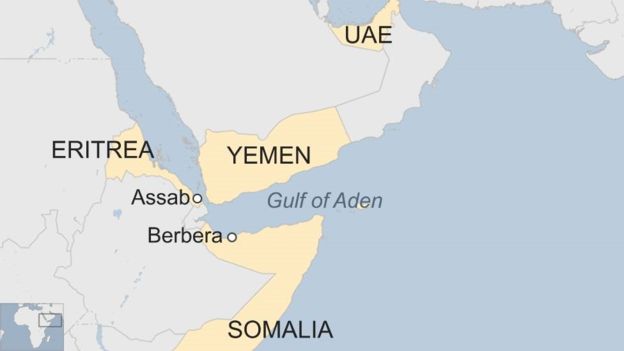 Somalia suffered two big terrorist bombings in October. The carnage caused by the car blasts on Oct. 28 was immense, although nowhere close to the death and destruction following the Oct. 14 attacks that killed 358 people.

Western news reports regularly blame terrorist acts in Somalia on the shadowy al-Shabaab group. Such media coverage ignores the fact that Somalia is a victim of ugly geopolitics that seeks control of the nation, while seeking to annihilate its population through wars, terrorism and man-made disasters.

The United States and its Western crime partners have tried to destroy and subjugate Somalia for many years. Whether the U.S. bombs Somalia in the name of fighting the al-Shabaab terrorist group or Britain tries to cause misery to its people through curbs on remittances, their goals are sinister in seeking extermination of a part of the human race. They are trying to achieve what Europe’s colonialism failed to accomplish.

Countries like the United Arab Emirates (UAE) and Saudi Arabia also have geopolitical goals in trying to control Somalia. There is an element of power madness in the Saudi bloc these days, as abhorrent as it may seem, but their egos get satisfaction from serving Western bloc leaders be they American, British, French, Israeli or German. They are salivating at the prospect of grabbing more than 3,300 kilometers of coastline, energy and marine resources. They are willing to spill Somali blood as long as there is the slightest chance of even partially achieving their goals. A clear message must be sent to these saboteurs to cease their destructive acts forthwith.

The UAE and Saudi Arabia can be accused of such behavior as they are unable to explain what benefits their military and foreign policy adventures bring to their own populations or to the wider region. Prima facie, their actions advance the West’s colonial and imperial interests. The conduct of these countries is hostile toward Somalia. Their arrogance requires them to try to overpower a country that is struggling economically and politically.

The UAE and those who control its leaders appear to have suddenly woken up to Somalia’s significance as a nation. One of their goals is to destroy Somali-Turkish friendship and alliance. If Somalia was so important to them, they could have used their resources to help it recover from war and famine. But that is not how the UAE operates.

To cause suffering and misery to the maximum number of people is always a deliberate act of any U.S.-led war. American actions in Somalia are in line with this policy. When Saudi Arabia and the UAE use their resources for apparent charitable causes, they do so as per the wishes of their Western masters. It should not surprise anyone that these two countries showed neither Islamic nor regional solidarity with Somalia when it was reeling under severe famine. Islamic concepts of welfare and justice are anathema to them. Joining “jahiliyyah” and Zionist causes has become fashionable in the Gulf region.

The geopolitical calculations of the UAE and Saudi Arabia along with the Western gang seem to have changed following Turkey’s determination to help Somalia. They understand that in Turkey they are dealing with a serious nation that is capable of helping Somalia defeat international terrorism.

Since President Recep Tayyip Erdoğan visited Mogadishu in 2011, Turkey has become involved in numerous projects in Somalia to help it become a stable, strong nation in every way. But this relationship works against the interest of those who seek to exploit and rob both Somalia and the wider African region. The international alliance of neocons and Zionists knows how to manipulate Emirati and Saudi officials.

The recent Qatar crisis was another episode in the wider geopolitical game being played in the Middle East and Africa. According to reports, Saudi Arabia and the UAE offered tens of millions of dollars in bribes to get the government in Mogadishu on their side against Qatar. They failed, but that did not discourage these countries from trying to find new ways to put pressure on Somalia.

The UAE exploited instability in parts of Somalia to secure logistics projects. These include a concession from the semi-autonomous region of Puntland for Dubai-based DP World to develop the port of Bosaso. In Somaliland, DP World has a 30-year concession to develop a port at Berbera and plans to develop a so-called economic free zone.

After the terrorist attacks, influential Somali commentators mentioned the UAE as an agent of destruction against Somalia. They pointed out its dubious deals and unwarranted interference in Somali affairs. There have been calls to shut down its diplomatic mission in Somalia.

The UAE and its allies and masters see Turkey as a threat to their hegemonic plans for Africa. The ongoing war in Yemen is part of the same calculations, as the Arabian Peninsula nation is located near key maritime routes. Destabilizing Yemen was a Western plan being carried out through the UAE and Saudi Arabia. It is widely believed that Abu Dhabi’s crown prince, Mohammed bin Zayed, is influencing Saudi Crown Prince Mohammad bin Salman to join his dead-end schemes.

Somalia’s enemies would like to find an excuse to launch an open war, but have opted for naked terrorism instead. Another type of terrorism is carried out by the U.S. through drone attacks, ensuring no Somali feels secure from America’s destructive power. The African Union Mission in Somalia (AMISOM) is also seen as playing a role in fomenting trouble in the country instead of carrying out its mandate of peace.

The newly established Turkish military facility will help Somalia develop strong defense capabilities, which in turn would work against Western excuses for creating the kind of military presence they have in neighboring Djibouti. Intelligence reports suggest the intended target of the massive bombing on Oct. 14 was this facility. These reports may or may not be accurate. After all, terrorists and their sponsors would have to take into account inevitable Turkish retaliation.

It must be noted that terrorism directed at Somalia has deliberately targeted civilian facilities. Mosques, government buildings, hotels, restaurants and markets have been bombed to ensure Somalia is kept destabilized for the vultures to invade it at a suitable opportunity. However, it would be a miscalculation on the part of the Western sabotage brigade and their Gulf minions to harbor such hopes. Somalia will grow stronger. Somalia will be victorious. The UAE, which is getting increasingly ambitious in its foreign activities, should try not to bite off more than they can chew.

How can US use illegal wiretaps as evidence?
The Rule of Law and the Duplicity of the United States of America
Comment