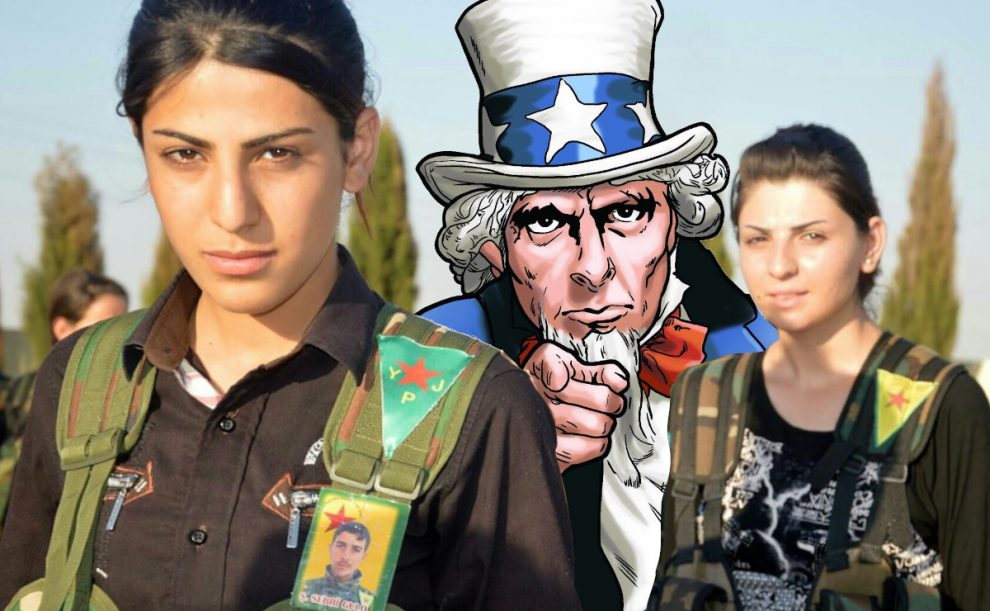 The story of the Lying Shepherd, also known as the Boy Who Cried Wolf, is told all over the world. It is one of the rare cross-culturally common fables: Once upon a time, there was a shepherd who was taking care of a herd of sheep… He lied so much that when he told the truth nobody believed him; the big bad wolf ate his sheep. The shepherd boy’s loss could be a few sheep, but if the lying party is a nation trying to herd the world, their loss could be more costly.

There is a long list of unkept U.S. promises and unimplemented agreements with Turkey regarding Syria. They started their ruses in 2015 when they wanted to use Incirlik Air Force Base for their operations in Syria.

They asked Turkey’s permission saying they would keep Bashar Assad’s forces at bay to create a safe zone. They didn’t. When Turkey revoked permission, they created their own airfields in an independent and sovereign – albeit lawless – country. They continued their skillful avoidance of promises. They said the PKK’s Syrian extensions, the Democratic Union Party (PYD) and People’s Protection Units (YPG) terrorists, would not be allowed west of the Euphrates River – and they were. Later they said the PYD would leave Manbij – and they didn’t. They promised to have joint patrols in the area – and there were none.

When James Jeffrey replaced Brett McGurk as the special presidential envoy for the so-called global coalition to fight Daesh, the Washington Examiner called him “a great pick to lead U.S. strategy on Syria.”

Who would envision that an experienced diplomat would turn into a master trickster? A former U.S. ambassador to Albania, Turkey and Iraq, Jeffrey was seen as the person who would make the U.S. State and Defense Departments change their mind about partnering with PKK terrorists to fight Daesh terrorists. He should know better than McGurk about the capabilities of the Turkish Armed Forces (TSK), which had just defeated Daesh in Afrin and could wipe it from the face of Syria in no time.

Instead, Jeffrey continued to be part of the deception and last minute maneuvers to fool Turkey into changing its plans, mind and determination. How could he hoax Turkey? Because he looked like a statesman, not a secondhand car dealer.

His last suspect behavior seems to be his acceptance of the establishment of a safe zone in northern Syria that he stalled endlessly, saying the U.S. side was studying it. As soon as he hit U.S. soil, he changed his story yet again that the U.S. wouldn’t agree to anything that would put their PKK partners in harm’s way.

But last week, the U.S. team that Jeffrey sent accepted something that the Turkish side said was the establishment of a joint operation headquarters. However, once more, as the team was back in Washington D.C., Secretary of State Mike Pompeo tweeted that there was only “progress” toward establishing a security mechanism. To what end? In his words “to address our shared security concerns in northeastern Syria.”

What do you deduce from this? The U.S. finally agreed with Turkey that the PKK/PYD/YPG terrorists should leave the border area and they would be stripped off tons of weapons and equipment the U.S. has provided them for the last three years.

Of course not! Jeffrey immediately corrected the secretary: There still are differences regarding the depth of the zone from which the heavy weapons would be drawn back.

We know the distraction, stalling and diversion games the Pentagon and the Harry S. Truman Building dwellers play. Still, the only hope for peace resides in 1600 Pennsylvania Avenue.