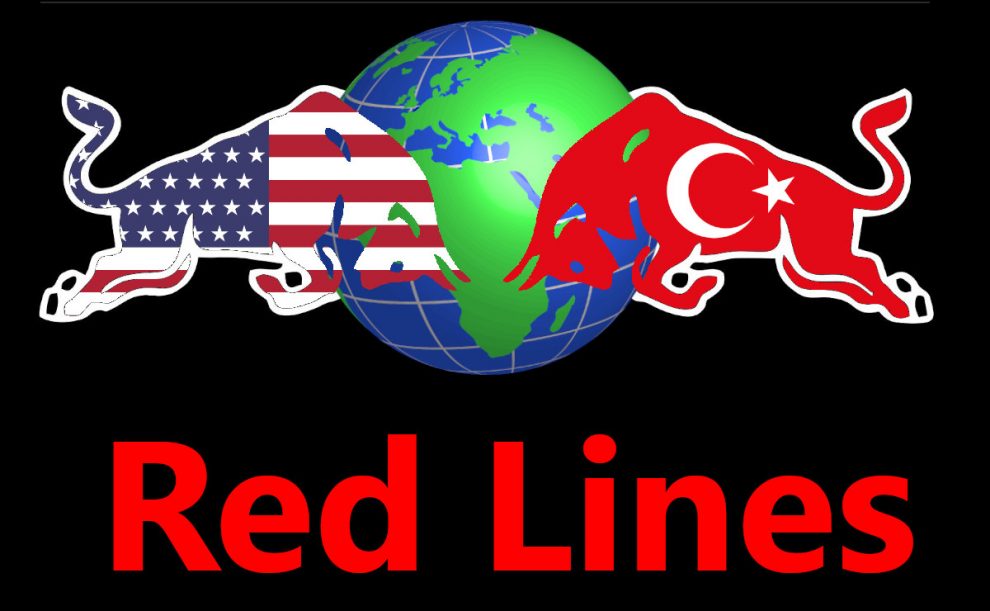 Allies – never mind friends – do not cheat allies. Turkey entered into an alliance with the United States in 1945. “Dost ve müttefik” or “friend and ally” in English, is what Turkish statesmen called the U.S. and in doing so they have always called the U.S. a “friend” before an “ally.”

Turks have always considered the U.S. a friendly nation. In 1954, Celal İnce composed a song that went like this: “America, America… Turks are with you forever in the freedom fight…” If you want to know the lyrics of the latest song composed for America, please Google the words “Kahrol Amerika.”

Turkey considers Washington such a close friend that when it signed the F-35 agreement with the U.S., Britain, Italy, the Netherlands, Australia, Canada, Denmark and Norway, it did not ask for a clause for arbitration in a national or international court.

In fact, Turkey thought bilateral or multilateral talks would suffice to solve any legal issues emanating from the implementation of the agreement.

Turkey invested $175 million in the F-35 program and has put nine private and public companies into the project. Turkish people are manufacturing more than 900 parts, including body parts, wings, landing gears, engine parts, cabin instruments, rocket control avionics – 40 percent of all cables and gauge instruments. The Turkish company Roketsan developed the missiles. The total investments these companies made are close to $2 billion. Their total loss is going to be $10 billion.

Turkey is not only part of manufacturing chain; it is also one of the major buyers making hire-purchase payments since 2007. So far, Turkey has paid for four aircraft, while other partners paid for one aircraft each. Israel is buying 22 of them. The total advanced payments the Pentagon received for the project is $3.7 billion dollars, and $1.7 billion of that came from Turkey.

Those were the days when the neocons had not yet come up with the idea that Turkey should be dismembered, and a Kurdish state should be erected between Israel and Iran. The most rabid members of those liberals-turned-conservatives had put Turkey on the top of the list of “jihadists.” Consequently, they denied Turkey urgently needed aerial defense systems; they prevented technology transfers so it could build its own drones, and they practically imposed an arms embargo. However, they had not found an opportunity to raise their ugly heads against the F-35 program.

President Recep Tayyip Erdoğan’s handshake with Russian President Vladimir Putin to buy the S-400 air defense system gave them that opportunity. On the military side, claiming that Turkey’s purchase of S-400s would diminish the value of F-35s, the U.S. decided to “suspend” Turkey’s participation in the project and its purchases of the jet fighter itself.

On the political side, they forced U.S. President Donald Trump to use the Countering America’s Adversaries Through Sanctions Act (CAATSA) to impose sanctions on Turkey. Trump, who signed CAATSA into law, saying that the legislation was “seriously flawed,” elected to “suspend” Turkish participation in the F-35 program but not to sanction Turkey using his CAATSA authority. Even if we consider CAATSA a legitimate legal instrument, it should not be applicable to Turkey because the S-400 purchase was done before it went into effect.

With additional sanctions or not, the U.S. decision on the F-35s is the breaking point in bilateral relations. President Trump blamed the Obama administration for the S-400 tension between the two NATO allies, saying, “It is not President Erdoğan’s fault.”

Yet, he also bought the bogus argument of the Pentagon that the two systems were not compatible.

Turkey has details of the F-35 and that information can’t fall into Russian hands. The Russian S-300 systems in Greece use the same intelligence gathering mechanism the S-400 uses. Israel shared all the technical information of NATO planes with the Russians in Syria. The U.S. based its decision on the sheer lie that the F-35 cannot live in the same country as the S-400. Washington has trashed the alliance between Turkey and the U.S. This alliance is now less valuable than the paper it is written on.