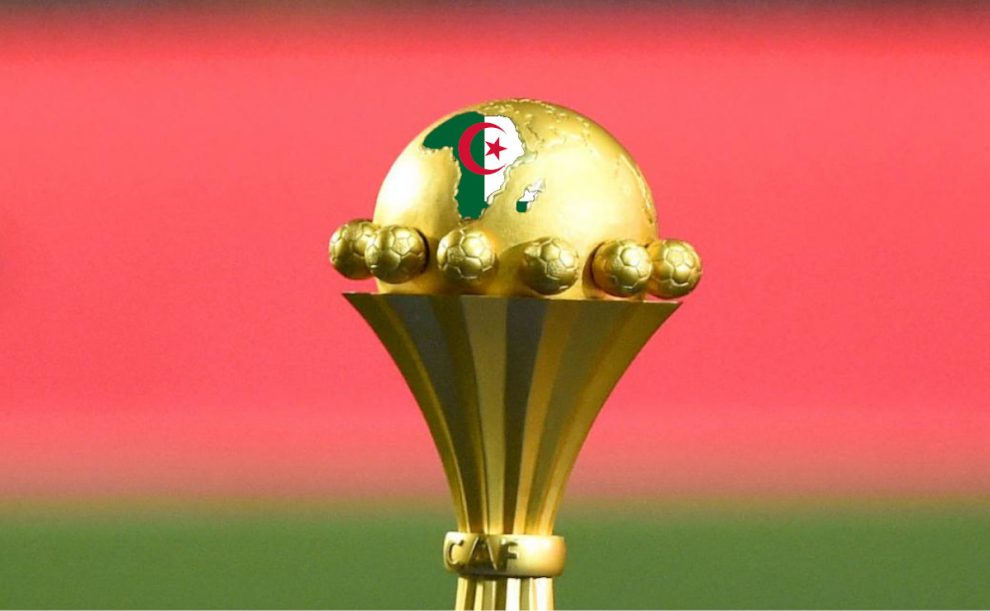 After winning the second coupe d’Afrique, people should think how to build with the Military, the politicians and the elite the second republic

Last night all Algerian cities of the 48 Provinces so that the main French suburb large cities where Algerian community resides went sleepless. First, they waited almost three decade, twenty-nine years and four months exactly to win African Nations Cup. Their last win was in 1990 in Algiers, Olympic mythic Stadium July 5th against Nigeria. Millions of Algerians from Aguemoun to Melbourne waited the last whistle of the Cameroonian referee in the Algeria-Senegal finale match of the 32nd African Nations’ Cup edition, CAN 19 in Egypt.

The result had confirmed Algeria’s Desert’s Fox/Fennecs, the Greens, to win the second African Cup, but Algeria this year has been in the world news since February 22nd a date of the spark of the Hirak across the nation that led to fall of the Bouteflika system, and Algeria’s most powerful man of the twenty-nine years (Rab Ed’zeïr), General Toufik. An influential persona in the country’s decision making process and any political progress.

One wishes to not link politics and football/soccer, well! It’s tough though, to not liking the two, where the Bouteflika had been waiting for this day for two decades; ironically, they and their minions watched the finale in the jails’ cafeterias, hearing millions of Algerians chanting: “we got la Coupe, enjoy la Soupe!” 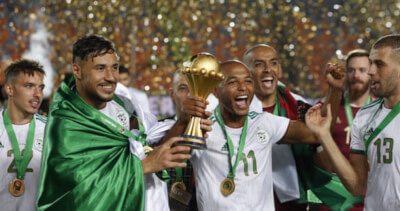 During the last months, soccer and politics have become like earrings in the Algerian political ears, and the Algerian squad have been the pretty face of the people and the country this time, and not of the regime like it used to be — soccer is no longer the opium of the masses, to the contrary, it has become the regime’s specter, on this note lately Algeria’s soccer stadium bleachers became the anger voice of the wretched, they achieved in few months what a generation of students could not achieve from the universities and colleges amphitheaters.

Back to the tournament: the Algerian team proudly ended the competition as it entered it a month ago, with remarkably wins in the first round of the tournament in its opening game; Algeria defeated Kenya, Tanzania, and Senegal currently the best team in the continent with its world class players defender Kalidou Koulibaly, a center back that PGS has put € 100 Millions to bring him from Napoli, Italy, and Sadio Mané, Liverpool’s left winger, and one of the world best dribbler and scorer, the 2019 UEFA Champions League Finale winner with the Reds.

This year Algeria showed up with a warrior players and a “General” coach mentality and determination, coach Djamel Belmadhi, who himself played in the national squad in late ’90 and early 2000 — he is like the French media adore to say, a bi-national — he was born and grew up in the Parisian suburb (la banlieue), he played in the PSG and l’OM de Marseille, and Man City. Riyadh Mahrez Man City’s right winger and the Greens’ maestro, and his teammates in the squad, this makes the racist politicians and media in France to go nuts because Algerians in France have been showing their emotive and genuine pride about their team that is making them proud and eventually feel Algeria is great again — when Algeria sneezes, France catch cold!

Algeria the best team in the tournament, this with all the analysts who have been following this amazing disciplined team, a characteristic that doesn’t go well with Algerian players who usually are fiery like hell. Last night, the team vanquished one of the strongest teams in the continent, Senegal. This team have the potential to beat the 2018 World champs, oops! France. Algerian squad in a very short time they reach the level of competitive champions. For instance, last night’s performance revealed how the players were solid mentally and collectively, unlike in the previous tournaments, which lead to the collapse of the team in first half.

Meanwhile, the team showed that it is of world-class caliber, performing a collective game which have had solid cohesion in the three zones, terminated the tournament best defense, best attack, best player, best keeper, and best coach of the tournament. However, the Algerian team have already achieved its goal. Months ago no one was expecting this team to make it to the second round, and yet, they got to the CAN Champion Cup final and won.

Nevertheless, Algerian people are known for their passion for football, undoubtedly, the results during the tournament were impressive and encouraging. It was a sweet and joyful especially for those young players full of talent, who gave to millions of Algerians moments of joy and entertainment that the entire nation lost under the Bouteflika, and the Gang’s Chief during the red decade, despite their tireless capitalization on soccer, notably as an opium in the 2010 and 2014 Algeria’s World Cup participations. The ex-President who chauvinistically told once Algerians that Algeria is ready to organize two World Cups! Making reference to the country’s sports “infra-structures” that are still on hold.

Coach Belmadhi and his players succeeded, where the regime miserably failed: to offer hope. They offered hope and national pride to the fans and millions of Algerians across the planet; whereas, from the start of this fever, the regime in Algiers this year, however has been tactically accompanying the masses desire for change, unlike under the Bouteflika who used soccer and turned it into a political parameter to hide further their the incompetency and the mediocrity of their servants and oligarchs.

The State had shown full support and care for the fans to go to Cairo for the semi-finale and the finale, making special flights for the event in full cooperation with the Egyptian authorities at the Embassy in Algiers, according to the local media the Algerian authorities have managed to give free tickets for the fan attendees of the finale.

This morning the people woke-up from the Bouteflika’s nightmare of decades, looking for an Algerian dream to become reality. It’s true, Algerians are on the eve of Eïd al-Kebir, harsh socioeconomic issues matter. The new regime has to be genuine in his current crisis management like has been since April 2nd soft coup, the Generals on the other hand could not hope for a better miracle like this sports event to absorb the Hirak’s delirium. it’s Christmas in July or better coach Belmadhi showed up like a redeemer Mahdi. They should look for this opportunity to look for a young leader like coach Belamadhi to move Algeria forward and make it great again. Three decades ago, Algeria lived a political change with similar sociopolitical demands from the people like in 2019 with different actors and political imperatives management of the regime’s lords.

Today, people are not blaming, the coach, the players and with them the referee nor the media; they are celebrating together and believing in a better future, the truth has come, after winning the second coupe d’Afrique, people should think how to build with the  Military, the politicians and the elite the second republic. A second republic that was born thirty-years ago in the Feb, 1989 Constitution. It was aborted then by “the Generals’ Quarteron” who turned Algeria into an horror place. Now,the masses should free themselves and wake up from the soccer fever to focus on the subjects that care about more, such as the purchase of power, the costs of living, and the corruption, so the national media, private or public should inform and report more about the ongoing purge Operation launched by the country’s strongman General Gaïd Salah.

and mourning. As far as the regime is concerned, the discussion at the General’s HQ in Tagarins will be about what the next step of the ongoing political conference and the next Presidential election. So far soccer’s injection did not work, it might had been working for the Bouteflika, and it will not continue because coach Belmadhi’s tika-taka tactic worked, and won Africa Cup, so yes, [we] the people CAN make change.