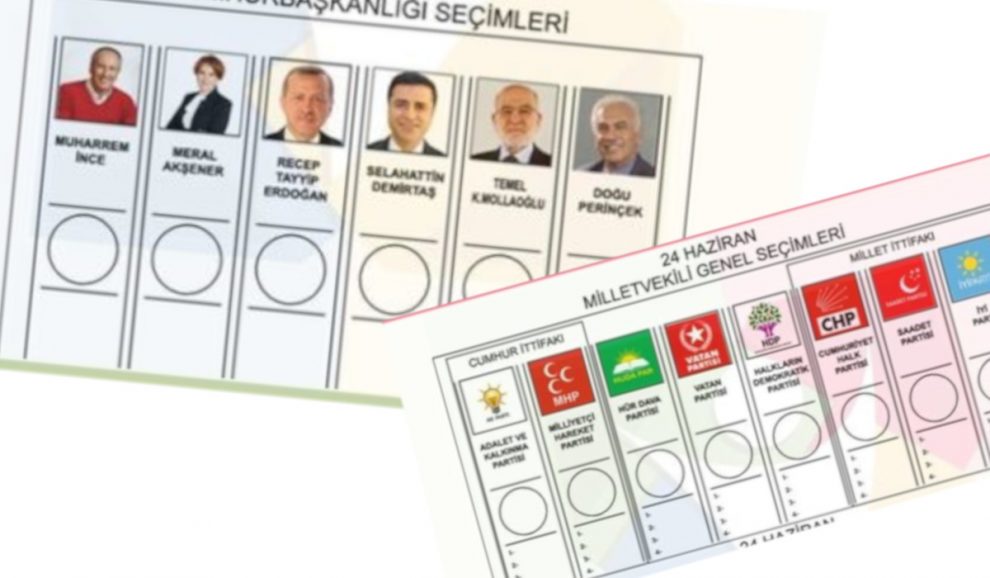 One way or another, the Turkish presidential elections will likely be more important than anybody predicted

The consensus in Washington is that President Recep Tayyip Erdoğan is likely to win his re-election bid this Sunday, be it in the second round if he can’t get more than 50 percent of the vote in the first.Yet, people are still mystified about what comes after. American diplomats are very curious about the fate of imprisoned American citizens in Turkey. “Would Erdoğan do something about the Pastor Andrew Brunson case?” they ask.

Some others are bidding on the opposition’s renewed momentum with the emergence of Muharrem İnce, a Turkish deputy from the center-left opposition Republican People’s Party (CHP). His candidacy led a lot of people to second guess their earlier assessments on Erdoğan’s “foregone” victory. Realist Turkey observers in Washington appreciate İnce but they think a real change in Parliament was imminent.

“Whether Erdoğan will hold a majority in Parliament or not that’s the question,” says a veteran Turkey expert.

The latest polls suggest the elections will be a close call, especially when it comes to Parliament. Erdoğan deployed all his senior officers, including his ministers and close associates, as candidates for Parliament, hoping to receive more votes with stronger names.

The opposition also created an election alliance to get more votes over the threshold. They seemingly bet on the controversial Peoples’ Democratic Party’s (HDP) performance as well. If the HDP receives more than 10 percent of the votes, it would be very hard for the ruling Justice and Development Party (AK Party) to maintain the majority in the grand assembly.

Some experts had earlier speculated the possibility of cohabitation in Turkish politics and declared that it was healthy for Turkish democracy. This remains to be seen. A continuous gridlock in Parliament, for sure, is likely to fuel tensions further and trigger another snap election.

But Erdoğan can also navigate through these uncharted waters by establishing temporary alliances with opposition parties on certain laws and regulations. If opposition parties move smartly, they can also increase their share of power in the Turkish political system and hold the executive office accountable by applying for their role as a check and balance.

Should this be the case, Parliament is likely to play a role similar to that of the U.S. Congress, meaning political parties’ opinions on foreign affairs will matter more than they did in the past. For instance, when Erdoğan had another showdown with Israel over the latest killings in Gaza, opposition parties came up with proposals to suspend all agreements with Tel Aviv. Meaning, next time the opposition parties can very well affect Turkish foreign policy.

İnce and the nationalist Good Party’s (İP) presidential candidate Meral Akşener are using populist anti-refugee discourse to garner votes. It is also possible that the opposition parties can take action to deport Syrian refugees or restrict their access to Turkey.

They can also take other steps that can lead to more political crises with the presidency over the clashing visions on foreign policy-related activities, from the S-400 purchase to Turkey’s involvement in Syria. Bogged down with domestic problems, the Turkish government can also be reluctant to continue its assertive foreign policy agenda in the region.One way or another, this election will likely be more important than anybody else predicted.