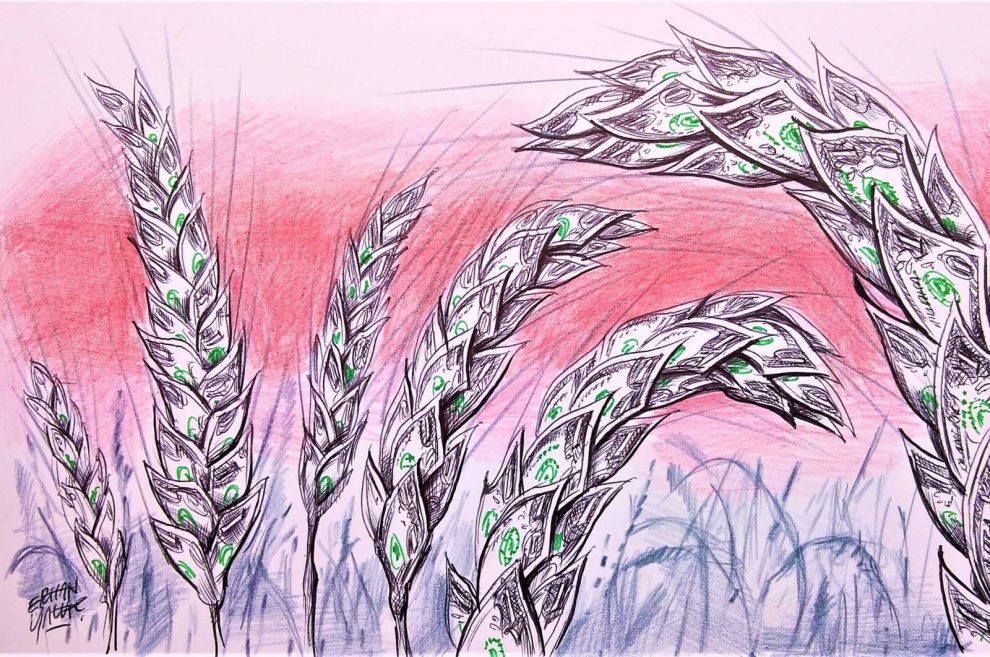 Warnings about a global battle for natural resources – from food and water to energy and precious metals – have long been issued by analysts, even before the COVID-19 pandemic, they were pointing out likely upheavals in some countries. We are in the post-pandemic era but instead of being grateful, the postponed procurements and the panic mood of buyers forcing them to stock goods exacerbate the situation further. In fact, this panic fettle could end soon, had there not been Russia’s attack on Ukraine.

Before the war, the price of energy resources rose unprecedently but the war also led to the scarcity of food products, subsequently soaring prices. While Ukraine is not able to export grains due to the Russian siege, Moscow sells its products at higher prices both to make a profit and punish adversaries. The war also compels other producer countries to stop exporting food products and buyers to purchase more for future needs. Needless to say, this situation causes a shortage and increased prices, pushing inflation further high and affecting almost every country in the world.

The current circumstances certainly force governments to step in so that they can ensure the basics of life and prevent business owners to earn more from the fundamental needs of people. It is obvious that there is the problem of “basic needs security,” and governments must securitize the supply of food and other products to their people. As can be witnessed, traders make tremendous profits from commercial transactions while those having capital earn money from money due to shaking foreign exchange (FX) markets, which causes a lockdown of the production economy.

As is known, in liberal countries, states are expected not to intervene market but create conditions for a free market and secure liberal economic order. While currently, the market is still free, it does not function in moral terms. In other words, the liberal system is violated and exploited by monkey-appetited traders, who have no mercy for consumers and do not hesitate to raise prices to boost their incomes. As a result, the poor become poorer and the rich become richer.

Governments, however, can take initiative to define maximum prices, find new suppliers and increase local production or hire arable lands from other countries for grains so as to ensure stability in supply and prices. It may not be possible to fix import prices but state officials can decide on consumer prices. Actually, some countries have already restricted rises in prices. For instance, the Russian government does not allow stores to define prices. Some European countries are also planning to reduce taxes on fuel prices. Yet, more needs to be done to stop producers, brokers, wholesalers and retailers.

Such precautions will certainly escalate debates about liberal economy, and liberalists will probably ask non-intervention, claiming that the market will self-fix its deficiencies. However, there is nothing recovering on itself in life, from a body wound to the shortcomings of a system. Also, interference is not to destroy the system but to repair it. Otherwise, leaving reparation to market players or just watching unforeseen malicious incidents that damage the system may destroy it and ruin people’s lives.

Not systems but people’s lives are sacred and the former exist just because they serve the latter. If governments ignore truths of life, the result will not be promising for all of us. Overall, governments should come forward to the podium and save their people from problems arising from force majeure.