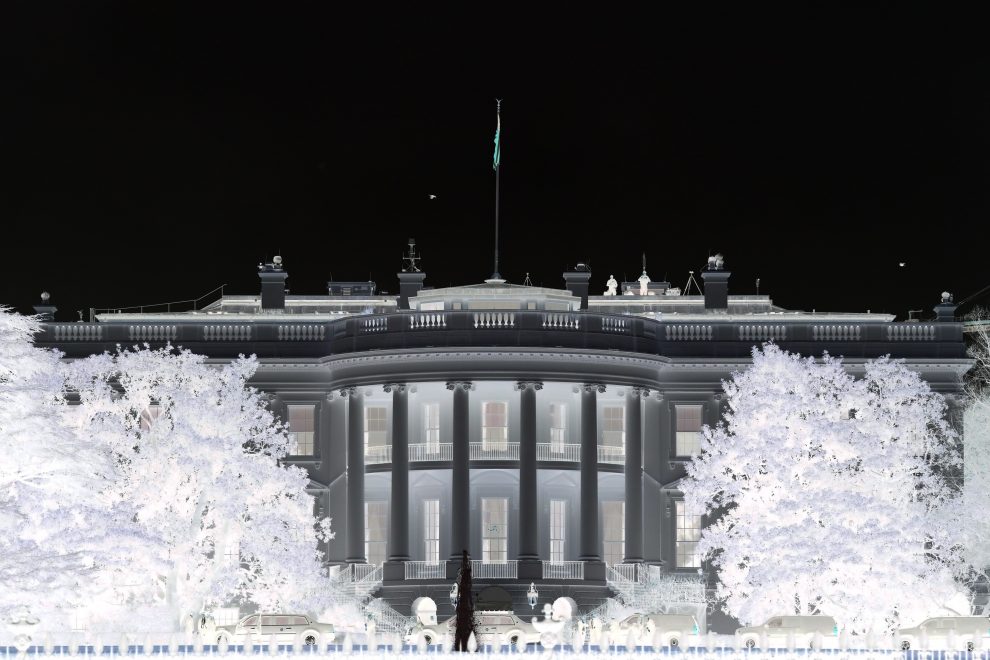 The Associated Press (AP) asked this question last week, “What’s the White House’s word worth?” The least amount of journalistic respect to the office of presidency or whatever is left over of it made AP’s opinion writer say the “White House” instead of “Donald Trump.”

Not only “The Donald” but also his aides have helped to sow a global mistrust. His interlocutors, within the U.S. or abroad, cannot believe that they have a bona fide statesman representing the U.S. The congressional Republican Party leadership has expressed their difficulties in discussing anything with the White House officials.

According to the AP commentator, the president willingly undermines his own team. Literally nobody in the White House can speak for him anymore. Those who dared to say something sooner rather than later found themselves ridiculed and their promises invalidated. Trump would chastise the Congressional aides so openly that they would not speak to any White House aides. The presidential admonishments did not stop at the aides’ level. He would deny the promises he made to the representatives and senators; his way of doing this is not polite either. But what can you do? He is the president of the country. If he says you’re wrong, all you can say is, “Yes, sir, Mr. President!”

In some cases a congressman’s aide would get a call from the White House aide and would be asked to ignore what Mr. President said. He or she would offer new assurances about the subject the congressman raised.

This situation is termed as “a good deal of consternation” by Trent Lott, the former Republican Senate majority leader in AP’s commentary. The case in point is the 2018 spending bill. The president’s morning (in pajama) tweets declared that the bill would be vetoed, but after he put on his pants and talked to a representative of the military junta who is running the show, he signed it.

U.S. Defense Secretary James Mattis, who advocated for the bill’s increases in defense spending and wanted the relative certainty of six months of assured funding, talked to the president and the president walked in front of the cameras and said it was his highest duty to keep the country safe.

The same inconsistencies and contradictions are also happening on the international front. Blusters are abundant, the most famous being his praises of “Nambia’s” health system despite the fact there is no country called Nambia. In the same speech he made at the United Nations General Assembly, he praised the U.N. for its peacekeeping work, and in the next sentence he criticized it for losing its focus on its duties because of its heavy bureaucracy. His speeches about the “rocket man” of North Korea made the world believe that a war was imminent. Now his conference with the North Korean leader seems fast approaching.

Michael Flynn, the retired U.S. Army three-star lieutenant general was Donald Trump’s first national security adviser. Gen. Flynn was also the most ardent supporter of Trump during the 2016 campaign. But after only 24 days on the job, Trump fired Flynn because he miscommunicated the relationships of his public relations company and appointed Gen. H.R. McMaster to the job. However Gen. McMaster didn’t like Trump’s direct contact with others on national security issues. He also wanted to have first-hand information on Syria bypassing the U.S. Central Command (CENTCOM). He came to Turkey and had several talks with the head of the Turkish national intelligence agency.

Now McMaster has also been replaced with someone who is considered to be the “hawk of hawks” and a strong supporter of all wars since the Gulf War of 1991.

This is the person who shamelessly said he would not shed a tear if President Recep Tayyip Erdoğan was killed on that fateful night of the Gülenists’ coup attempt in 2016. The corollary of this sick wish is he is not crying now that Erdoğan is well and kicking their backsides in Afrin.

Turkey is supposed to trust this man and his boss. Really?