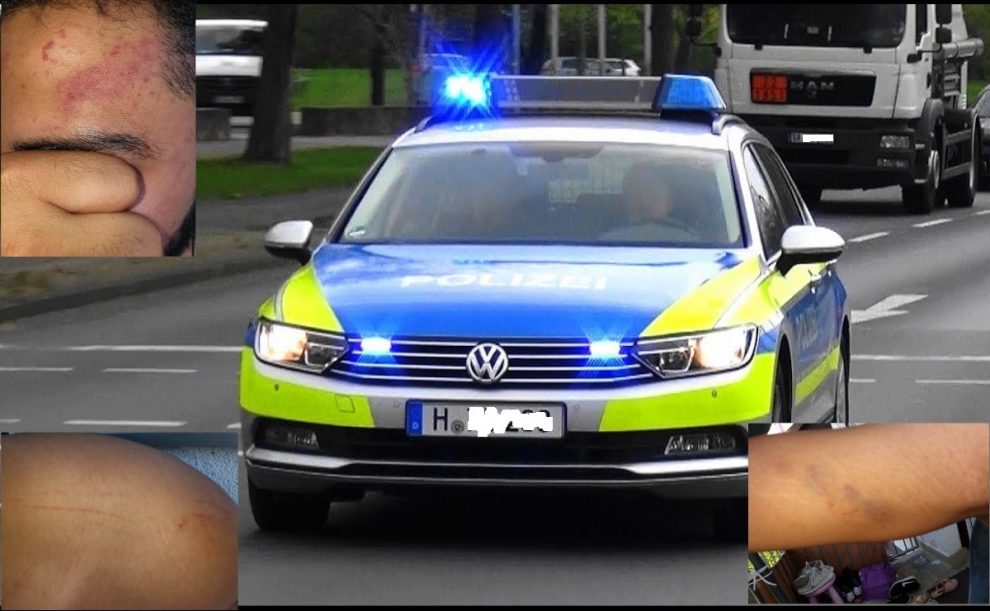 Five Turkish tourists from Celle have visited Hanover on 24.08.2019. They came for leisure but right-wing extremists smeared them and policemen injured two of them (18 and 20 years). This case of white police violence against Turkish Muslims in Germany occurred on the brink of a march of right-wing extremists through downtown Hanover.

The Turkish tourists, a family of a father, a mother and three children came to Hanover for eating at a restaurant and going to a hookah lounge.

A right-wing extremist began to offend the 18-year-old daughter Melissa because of her dark skin color and her headscarf. The man called her an „Islamist“ and urged her to take off her „burka“. In fact, Melissa did not wear a „burka“.

Then, police officers in full combat gear and armed with firearms brutally attacked Melissa who is less than 1.60 meters tall, as well as her brother Tufan (20) who was trying to protect his sister. Melissa said: „A police officer hit my head with his knee after throwing and pushing me to the ground.“

A video that has been sent to this news site by Melissa’s mother approves Melissa’s testimony. The video is a clear evidence of White male police brutality against a dark skinned female teenage Muslim and member of the Turkish minority of Germany.

Several pictures taken after the assault prove injuries of Melissa and Tufan.

Melissa’s brother Tufan even became unconscious because of beaten up by police officers. The mother says: „Until today I’m done with the nerves. How much hate. I have nightmares for three days.“

After the assault, lawyer Nicolai Zipfel was not allowed to consult with the victims of the police brutality, according to an eye witnesses report.

German media are silencing these atrocities against Turkish Muslims in Germany. Germany’s largest press agency dpa was told through a telephone call and e-mails about these cases of police brutality against members of the Turkish minority of Germany. But dpa did not cover it.

All members of the family are severely traumatized by the arbitrary police brutality.

A spokesman of the police in Hanover did not comment yet.

The full names of the victims and the family members are known to this news site but not published due to protection of personal rights.

Our world needs peace now
The HDP and Batasuna
Comment