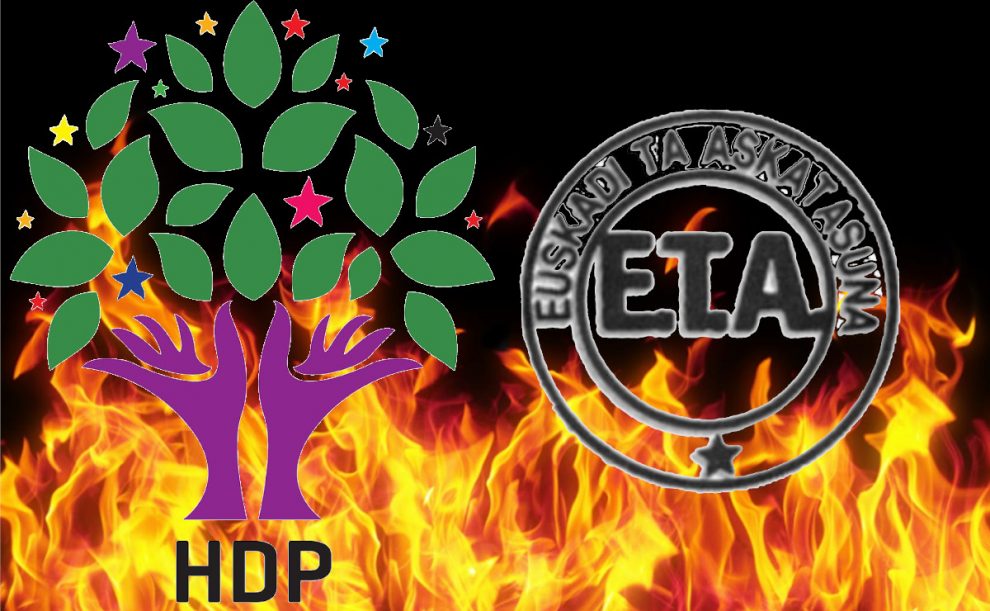 Euskadi Ta Askatasuna (ETA) or the “Basque Homeland and Liberty” group is a separatist, terrorist organization. The political wing of ETA, which killed nearly 900 people in terrorist attacks before it officially disbanded last year, was the Batasuna party.

The first attempt to close down Batasuna came in 2002 when Judge Baltasar Garzon detected evidence that pointed to ties between Batasuna and ETA. Among them were 23 articles, including not calling ETA a terrorist organization and nominating political detainees from the party. As a result, Batasuna was banned in 2008, on the grounds it had links with ETA and could not, therefore, join the elections in 2009.

Among the reasons behind the closure of Batasuna was its rejection to condemn ETA’s acts of terrorism; its remarks that “we will continue our struggle in every way, whether legal or illegal,” it’s hanging posters in support of terrorism and provoking people to revolt against the state.

It is important to note that the European Court of Human Rights’ (ECHR) decision in 2009 was unanimously rejected upon Batasuna’s objection.

When we compare the Peoples’ Democratic Party (HDP) to Batasuna, we can see a more calamitous picture. This is because there are statements by jailed former HDP leader Selahattin Demirtaş, who explicitly praises the leader of the PKK, which is responsible for the deaths of 40,000 civilians in the last 30 years.

HDP deputies personally attended funerals of PKK-affiliated suicide bombers, instead of condemning terror; they made speeches praising PKK terrorists and some even went to the Qandil mountains and appeared before cameras with the PKK leadership.

Again, the HDP called on people to take to the streets against the state during Oct. 6-8, 2014, killing 50 people.

In addition, the PKK’s attacks on the army by digging trenches and placing explosives in southeastern cities were praised by HDP executives, including Demirtaş.

Given all this, the dismissal of the three mayors linked to the PKK is not inconsistent with democracy if ECHR law is to be applied. What is inconsistent is that the HDP can still survive as a legitimate political party.