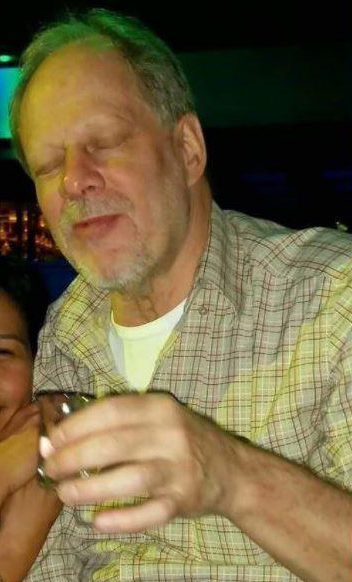 On the 2nd of October 2017, Stephen Paddock engaged in what the authorities called “The worst mass shooting in US history”. Paddock opened fire from the 32nd floor of the Mandalay Bay hotel room he was staying in, killing 58 and injuring over 450 people (as of this writing) who were attending a country music festival in Las Vegas.

By penning this article and focusing on the media coverage of the incident I’m not intending to trivialise this horrific act of violence, which will haunt not just the families of the victims but the world over. Similarly I’m not being opportunistic by feigning sympathy for the victims as some may allege whenever this issue of media’s double standard is scrutinised.

As soon as the news broke, we were informed right away that the police “confirmed” the Las Vegas shooting was not terrorism but was that of a “local individual” and a “lone wolf”.

Putting aside the argument by white-privilege apologists who are quick to dismiss these acts as terrorism based on a technicality (terrorism needs a “political motive”), isn’t it highly curious for the mainstream media to disregard the subject of terrorism while the incident was still playing out and no motive was established.
How is it possible to “confirm” that it was not terrorism while this horrific event was still unfolding?

Sceptics will of course make the claim that because the individual was not Muslim, the mainstream media would under no circumstance even hypothesise such an idea; not until the courts charge the responsible individual with such a crime, possibly weeks or months post the incident.

It’s no secret by now that the mainstream media utilises the terms terrorists and terrorism exclusively for Muslims and only makes an exception for non-Muslims in the odd circumstance that the authorities or the courts inevitably decide to label an incident as such.

This raises several questions about conditioning the society to immediately associate terrorism with race or religion, in particular Islam.

Whenever an incident involves a non-Muslim, especially a white individual, we are informed that it’s a “lone wolf”, an isolated incident and that it’s time to unite and mourn together.  On the other hand, if the responsible individual is a Muslim, we are bombarded by questions like:

Not only that but Muslims often face backlash whenever such an unfortunate incident takes place. Especially Muslim women and sometimes even children bear the brunt of reprisal attacks. Yet, when the perpetrator is non-Muslim, the community as a whole isn’t blamed, his or her religion or political persuasions become irrelevant.

The way this plays out in the media is by humanising the perpetrator. Here’s one example where Paddock is described as a music lover who lived a quiet life: [source]

Could you imagine such headlines about a Muslim terrorist? Here are two incidents side by side happening only hours apart. First incident occurred in Canada where the perpetrator injured 5 and murdered none, the second incident of course is that of the Las Vegas shooting, where 58 people were murdered:

Some may argue that this is only because Muslims commit these acts more often than others. This could not be further from the truth.

Radical terrorists who are inspired by groups like ISIS (who are indeed non-Islamic) do pose a threat to the United States however according to statistics the biggest threat comes from the right-wing extremists. It’s easy to forget the terrorist acts perpetrated by right-wing extremists because they don’t receive the same level of media coverage and outrage as that of those acts by Muslims. Here’s a quick reminder from this year alone:

According to the statistics from Gun Violence Archive, in 2017 in the United States there have been:

Generally speaking the media refuses to call it terrorism when white non-Muslim men are involved. It refuses to even call for better gun laws when clearly gun control would result in fewer gun violence incidents. Instead the media calls for calm and unity.
What does this say about their motive?