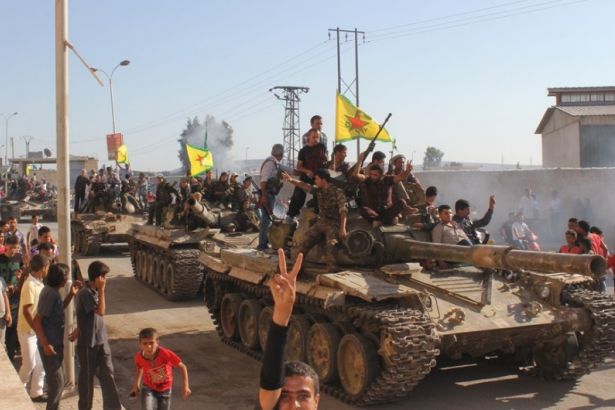 On August 28 2007, President of the United Stated, George W Bush said during his speech that was broadcast on National channels “We will fight them over there so we don’t have to face them here.” He was talking about his strategy to beat the terrorists. The US had invaded Afghanistan and Iraq and was bombing other countries that it deemed terrorists from tens of thousands of kilometers away. Isn´t it now Turkey´s right to fight them there so they don’t have to face them on the streets of Ankara and Istanbul?

On a cold night on March 13, 2016, a bomb-laden white BMW drove by a busy bus stop in the Turkish capital, Ankara, and blew itself up. The bus stop and its surroundings were full of especially teenagers because the national university entrance exam took place on that day. The day was certainly not chosen haphazardly by those who carried out the vicious attack. It never is. 36 innocent civilians were murdered that night including teenagers whom were waiting anxiously at the bus stop to get home as soon as possible to share with their families how good the exam went that day. 36 people never made it home. And some of them heavily, 125 were injured. In fact, it was the third terror attack in the Turkish capital in 5 months. A few days after the attack, a splinter group of PKK, TAK claimed responsibility for the attack. The previous attack that took place only a couple of kilometers away from there killing 28 was also carried out by the same PKK splinter group.

On December 10th 2016, PKK chose a Chevrolet this time, loaded with 400 kilogram TNT explosives, to carry out another attack this time in Istanbul right after a football game. Total of 46 people were murdered that night in an attack which was also claimed by the PKK offshoot.

According to Institute of Economy and Peace’s Global Terrorism Index, the number of terror victims shrunk in 2016 comparing to a year before. The only exception was Turkey. With 826 deaths, Turkey was the biggest sufferer of terror in 2016. And nearly half of the casualties were carried out by terrorist PKK and its offshoot TAK. The rest was perpetrated by ISIS.

In April of 2016, Defense Secretary of the United states, Ashton Carter testified before the Armed Service committee in the Senate. The head of the committee, Lindsey Graham, asked Carter “the reports found out that PYD-YPG has substantial ties to PKK, is that true?” Carter said yes. The head of the committee went on to say Is the PKK a terrorist organization in the eyes of the Turkish government? Predicting the follow up question, Carter answered by saying “PKK is a terrorist organization in the eyes of the United States government too Senator.” Graham continues by saying “is that surprising to you that Turks may be upset with us for arming YPG in Syria since they (PKK-YPG) are closely aligned?” Senator Graham was being sarcastic. It was crystal clear that The Turks were upset and the United States was directly endangering the national security of Turkey by arming a group which was a Syrian sister organization of PKK which is recognized as a terror group by not only Turkey but also the United States as well. And that group murdered more than 300 people in Tukey in 2016 alone.

Since the tie between YPG and PKK is confirmed by the former Defense Secretary of the United States and the Armed Service committee of the US Senate, There is certainly no argument left to discuss what YPG is and should it be in the eyes of the world.

Turkey launched an operation into Afrin called Olive Branch to clear all terrorist elements from there to protect its national security and the operation is being carried out in accordance with the UN charter article 51. After facing brutal terror attacks in the past couple of years at home, Turkish government is using its international rights and fighting terrorists there so Turkish civilians do not have to face them at home, as the president George Bush once stated.

Is Russia driving a wedge between Turkey and US?
Turkey’s defensive offensive: Operation Olive Branch
Comment