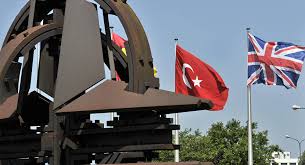 For years, Turkey has been warning the U.S. that it is a mistake providing weapons to the outlawed PKK’s Syrian affiliate, the People’s Protection Units (YPG), and to regard the group as a partner in the fight against Daesh.

As the United States Special Operations Cmdr. Raymond Thomas said, the YPG is an offshoot of the PKK even though it was renamed the Syrian Democratic Forces (SDF). It was revealed that the PKK militants who organized the terrorist attacks in Ankara and Istanbul in 2016 were trained in YPG camps.

Nevertheless, after repelling Daesh from its borders thanks to Operation Euphrates Shield, Turkey finally reached the end of its tether and started targeting YPG positions in Afrin with Operation Olive Branch. Unfortunately, the U.S. had not given a solid response to Ankara’s concerns and security needs except for rhetoric, until the operation.

Meanwhile, two rockets fired from Syria by the YPG hit a 17th-century mosque in Turkey’s border province of Kilis, leaving three civilians dead and dozens injured. I think no other example better demonstrates the extent of the threat the YPG poses to Turkey and the fact that the U.S. ignores this.

On the same day, U.S. Secretary of State Rex Tillerson declared that no kind of border unit would be formed and U.S. Central Command (CENTCOM) Cmdr. Gen. Joseph Votel visited YPG units in Raqqa, which sums up the blurred signals coming from the U.S.

Furthermore, France previously hinted that it would bring Operation Olive Branch to the United Nations Security Council (UNSC). However, subsequent to a telephone conversation between Foreign Minister Mevlüt Çavuşoğlu and French counterpart Jean-Yves Le Drian, the latter issued a statement remarking that the UNSC meeting was only pertinent to the humanitarian condition in Syria, adding that the Afrin issue would not be on the agenda.

Britain and the Netherlands, on the other hand, favored the operation from the beginning.

In a statement, British Foreign Secretary Boris Johnson said, “We are closely following developments in Afrin. … Turkey is right to want to keep its borders secure.”

Dutch Foreign Minister Halbe Zijlstra said the operation should not be seen as a Turkish-Kurdish conflict and the YPG was not innocent, adding that there have been enough signs for Turkey to exercise self-defense. With these remarks, the Netherlands also pointed to the legitimacy of Turkey’s fight against the YPG.

Also, U.S. State Department spokeswoman Heather Nauert said that Russia’s statements do nothing other than driving a wedge between the two NATO allies.

She said, “I think statements like that are not only unhelpful, but that is propaganda. I think they would like to drive a wedge between two NATO allies, between the United States and Turkey, and I think that is something that’s not going to happen. They’re not going to succeed on that. And they would probably like us to leave altogether.”

The sensitivity shown by NATO allies with regard to Turkey’s security would be more determinative than Russia’s statements. We have experienced such an instance when Patriot missile batteries were withdrawn and not sold while Turkey looked for an air defense system. Eventually, Russia won out in the end. History might repeat itself this time, as well.

Sir John Jenkins’s paranoia over Turks
WHO IS TURKEY ATTACKING IN AFRIN?
Comment