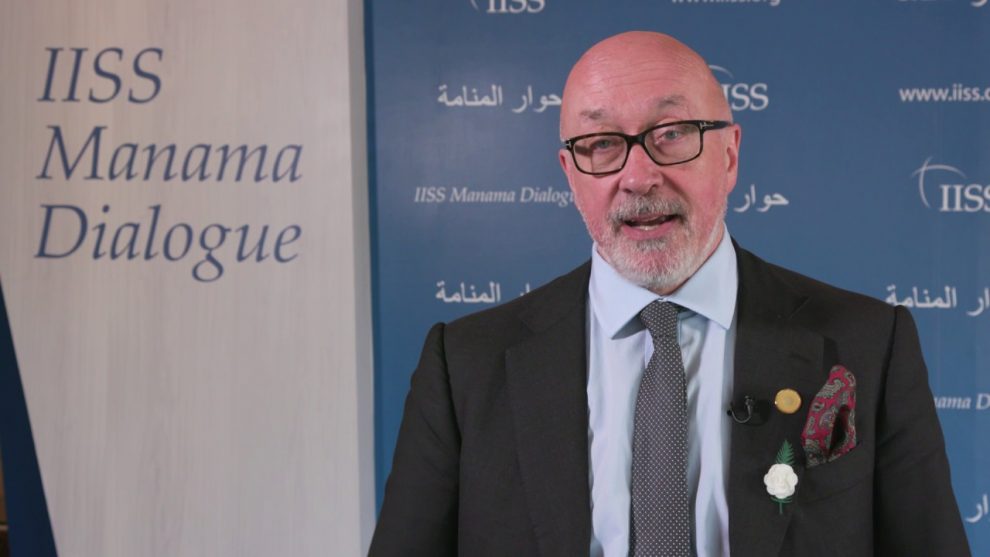 I remember columnist and educator Dwight Watkins teaching students, in basic training material, that “No means no!” It is not a trigger word to open a discussion to persuade or dissuade the other person. Apparently when Turkey’s president utters this word, the country’s allies start self-talking in this manner:

“Well… Those Turks are relatives of the merchants of Baghdad. They would love to bargain. If they say no to the price you are offering for the flying carpet they sell, that means you need to make another offer.”

Former British Ambassador to Saudi Arabia Sir John Jenkins has been busy developing a handy manual to translate Turkey’s “no” responses to various western advances, “This might mean ‘yes,’ that might mean ‘maybe’…”

The gentlemen of websites founded by Gulf oil money: Please watch Dwight Watkins’ training videos, even though they could be much more profane. But you yourselves are not stellar examples of purity and reverence; it would help you.

If Turkey says “no” to your efforts to make your PKK-affiliate terrorists more palatable to Turkish taste, it means, “No, you cannot fool us anymore.”

Besides Sir John, the reason is not Erdoğan’s paranoia or “Ankara’s abandonment of the Kurdish Regional Government (KRG) to Baghdad.” Turks do not have a mental condition characterized by delusions of persecution by or unwarranted jealousy of their Kurdish brethren.

As you failed to mention in your article in which you were asking Trump to learn from King Lear that you either exercise power or someone else would, it was Turkey exercising the power and paying the salaries of regional Kurdish public servants in Iraq.

The U.S. government and its allies, after hanging Saddam Hussein for the weapons of mass destruction they couldn’t find, shrugged and said, “Oops,” taking one last glance at Saddam’s still dancing body on the gallows and left. Turkey exercised the power they abused and abandoned. Turks never abandoned their brothers, sisters and neighbors. How can you say Turkey abandoned Kurds when more than a million Syrian Kurds have taken refuge from the PKK, the Democratic Union Party (PYD) and its armed-wing People’s Protection Units (YPG), in Turkey?

I don’t know about former British diplomats, but we journalists live by words (and sometimes die from them). When you refer to Turkey’s Operation Olive Branch in Afrin as an “assault on a Kurdish city,” you are doing injustice to (a) the Turkish Armed Forces that care not to cause collateral damage and not to use excessive power and (b) the majority of the people living there.

Afrin has been an Arab city since the first French census. The French even counted the wine grapes, and always reported the Arabs as a majority. The town and district are named for the Afrin River. In the Roman era the name became Ufrenus, whence the Arab vernacular Afrīn, adopted as Kurdish Efrîn.

The PYD has been altering the population composition by ethnic cleansing and forced migrations. Since the central government lost control in 2012, there has been no credible census in the area.

Yet, one thing Sir John mentions is very valuable. Having years of experience as a diplomat under his belt, he clearly sees that the U.S. objective of creating an entity east of the Euphrates is to stop the Shiite enlargement from Iraq to Lebanon. We all have known for the last 7 years that the U.S. State Department has been trying to keep Turkey onside.

For the U.S. the priority has never been the welfare of the Syrian people, hence their shifting allegiances from one group to the other. All they wanted was to increase the level of security of Israel. For Turkey, Iran could be a legitimate actor in solving the Syrian problems. As Sir John writes, Turkey did not want to be a pawn in the strategy developed by the U.S. military.

Also, one more thing Sir John is utterly right about is that politics abhor a vacuum, too. You don’t need King Lear to know this.