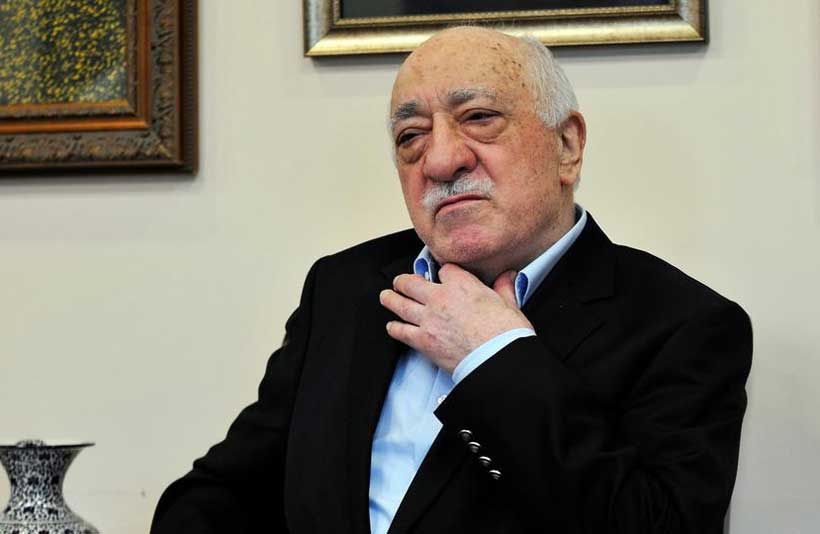 Former National Security Adviser Michael Flynn’s acceptance of a plea deal recently gives the U.S. and Turkey the opportunity and imperative to leave their recent bilateral quarrels behind and pursue the tremendously diverse mutual opportunities before them, while focusing on defeating common enemies—including ISIS and radical Muslim cleric Fethullah Gülen.

Flying under the radar compared with the high-profile jihadist exploits of ISIS, the Pennsylvania-based Turkish imam, worth an estimated $24 billion, a net worth from where, no one seems to know, sits with seeming impunity. A real investigation into his widespread nefarious activities, including evidence-based allegations of masterminding an attempted coup in Turkey a year ago, remain key to repairing once deep and close bilateral relations.

According to WikiLeaks, the State Department describes Gülen as “a ‘radical Islamist’ whose moderate message cloaks a more sinister and radical agenda.”

Key to broad reconciliation is bringing Gülen to justice, but not singularly so. The whistleblowers, working to expose Gülen’s exploits and subsequently caught up in associated scandals, must be cleared.

One of the most prominent amongst these, Ekim Alptekin, became inadvertently embroiled in the investigation into Michael Flynn. Alptekin, a business leader and a private Turkish citizen of some significant regard and esteem, personally hired Flynn to gather information on Gülen to prove the many allegations against the radical imam.

Somewhere, very lost in translation, Alptekin was branded an agent of Turkey. In reality, those who know him attest that he is a well-placed businessman performing his civic duty by utilizing his relationships in the U.S. to compile evidence against the treacherous radical. The fact that Alptekin maintains high-level relationships in Turkey, the U.S. and around the world is incidental and a function of a successful career.

A multitude of accounts from the foreign policy and political worlds contest any involvement of Turkey or Turkish officials in Alptekin’s efforts vis a vis Gülen. Although Flynn admitted to lying to the FBI, his former client, Alptekin, insists that Flynn acted honorably and within the letter of the law in all his interactions. Confirming Alptekin’s narrative, a growing cadre of legal experts believe that Flynn admitted to lying simply to extricate himself and his son from the enormously costly and personally damaging proceedings.

Many countries, including Russia and Pakistan, have banned all Gülen-affiliated organizations. Even terrorism-plagued Afghanistan is up to speed, moving this month to arrest four teachers associated with the Gülen-linked Afghan Turk Cag Educational NGO. Yet America is still missing the point and its interests with NATO-ally Turkey continue to suffer.

However, Gülen continues to evade justice as these investigations fail to recognize the sheer volume of malpractices and the utter enormity of Gülen’s criminal empire. Most shockingly, Gülen schools reportedly teach radical Islamic tenets that experts agree resemble those of the most virulent and violent terrorist organizations.

Pragmatically, Turkey wishes Gülen extradited to face trial for masterminding the failed coup against President Recep Tayyip Erdogan and the democratically elected government of Turkey. But so far, Washington has taken very little initiative to meet this legitimate request.

Oddly, while Gülen receives little mainstream media attention compared to the broader points of tension in the American-Turkish relationship, resolving the Gülen issue is a monumental step toward restoring productive bilateral ties.Negotiations have moved slowly under President Donald Trump, still in stark contrast to the intransigent President Barack Obama.

“Turkish – U.S. bilateral relations have consistently been damagingly affected and influenced by the residency of Mr. Gülen in the U.S. and the U.S. Department of Justice’s failure to extradite him for his crimes. Washington should carefully reconsider strengthening its multi-vector bilateral partnership with Ankara, placing an emphasis on the defense partnership.”Peter Tase, international relations consultant Director of Paraguay Economic Forumand Institute of World Politics.

Interestingly, while Gülen benefits from a mainstream media whitewash in which his radicalism and corruption are all but ignored, simultaneously, Flynn serves as an avenue to attempt to discredit Trump. Still, Alptekin, who sought to do right for all concerned, including American children, is vilified for his association with Flynn. Alptekin is plainly collateral damage, as seems to be the indispensable relations between the U.S. and Turkey.

Arriving at a new era in U.S.-Turkey relations means understanding and accepting contemporary Turkey and appreciating the threat of Gülen to the fabric of Turkey, its democratic development and society.

Turkey is a modern and sovereign nation, a significant world economic power and a key stabilizing force in the Middle East and, thus, should endure as America’s indispensable ally. Those who care about U.S.-Turkish relations should take a page from Alptekin’s playbook — bring Gülen to justice, focus on shared interests and values, engage in mutually beneficial projects, and work to maintain the health and fortitude of ties between Ankara and Washington.