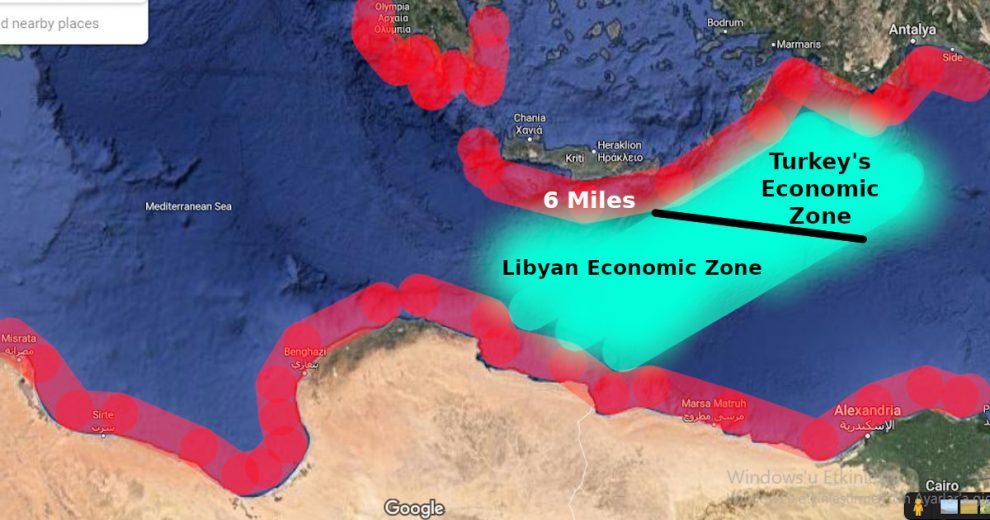 Members of “Libyan Expatriates in Turkey” visited me Saturday in Istanbul for a scheduled meeting. One of the meeting topics was the new regulations concerning the residency types and duration of the sessions, which the Directorate General of Migration published some time ago.

Though their numbers are few, there is a highly qualified community of Libyans in Istanbul. They are all well-situated people with important relations and investments. Without imposing any burden on Turkey, on the contrary, paying special attention to easing Turkey’s load, they are extremely grateful to Turkey’s humanitarian approach towards Libyans – as is the case with all oppressed peoples – in their difficult times. They demonstrated their gratitude in the most noble manner while taking care of the family of Abdulazim Milad El-Farawi, their close friend who recently sacrificed his own life to save two Turkish citizens from drowning.

As is known, numerous Turkish philanthropists had called for El-Farawi, requesting contact details to contribute to his family. When I shared this information with Libyan friends, their response reduced me to tears: “Turkey, both its people and state, have already done enough by taking care of us during these adverse times. Thankfully, as Libyans, we are in a position to meet all the needs of those left behind by our own martyr. May God protect Turkey from any harm, may He grant strength, power and leadership to its leader, people and state. When [Turkey] is strong, it will give hope to all the world’s oppressed, making them feel safe.”

My Libyan friends had initially requested the appointment to express the problems they have been experiencing in Turkey, but upon the memorandum of understanding signed a couple of days ago between Turkey and Libya on the “delimitation of maritime jurisdictions,” they, with great joy, conveyed their delight and articulated the extent of their gratitude towards Turkey and President Recep Tayyip Erdoğan on the subject.

They said this was the first time they witnessed such a pleasing development within the pessimistic climate that has been predominant since efforts have been underway to halt the revolution process, which was launched after Muammar el-Gaddafi, with Khalifa Haftar’s coup that is backed by certain international powers.

All the pillaging plans that have been ongoing in the East Mediterranean have clearly gone down the drain as a result of the deal struck with Libya. Turkey’s move against the cunning, meddlesome actions of those who produced physical circumstances by denying Turkey’s rights in this share, trying to ostracize Turkey through a fait accompli, has also revealed the likely pilfering bloc standing against it. Declaring that it will not allow any sharing activity in the Mediterranean that disregards its own rights, hence, giving the sense that it will constitute the most important weight of the balance, Turkey has led to serious panic in the loot bloc.

However, in addition to the aspect of this last incident that are in favor of Turkey’s rights, there is also a dimension concerning Libya’s secretly stolen rights, which my guests explicitly articulated.

My Libyan guests also drew attention that the bloc supporting Haftar is the very same bloc that objected to Turkey’s deal with Libya. Of course, this comes as no surprise.

The secret behind France, which talks the talk about democracy and human rights whenever the opportunity arises, supporting pro-coup Haftar, who is committing a crime against humanity and Libya’s legitimate administration, is crystal clear and lies here. How can Haftar, who is trying to steal Libyan people’s free will through his coup, get the support of France, the U.S., Israel and the United Arab Emirates’ (UAE)? What else could he offer but the entire wealth of the Libyans to this bloc to ensure such support?

This support to a former general, whose war crimes are established in UN records, pursues no aim other than openly plundering Libyan people’s wealth. Regardless of what they do to provide Haftar legitimacy for the “anti-terrorism” mission assigned to him, even if weak, they are unable to create an adequate “terror excuse” in Libya. Terror is nothing other than the activities conducted by Haftar and those backing him.

As a matter of fact, they are very successful at burying the people who have no choice other to flee Libya, which has become unlivable in the terror atmosphere they created by setting their sights on its oil, deep in the cool waters of the Mediterranean.

The physical circumstance they are trying to produce through Haftar, allows the regular plundering of the wealth of the Libyan public. France, Greece, Israel and the UAE are also involved in this act of plundering. Right now, they are all objecting to the deal struck between Turkey and Libya’s legitimate government, because as much as this agreement provides Turkey’s rights, it ensures that more of Libya’s sources will remain in the hands of the Libyans. Otherwise, the rights of the Libyan people over the Mediterranean would have continued to be plundered through the loot bloc, without leaving anything to the people.

Hence, the people of Libya are extremely pleased with this deal. Those who were disadvantaged by the signing of this deal only lost the spoils which they had no right to in the first place. Let them cry; it becomes them well.

The Eastern Mediterranean dispute: is there light at the end of the tunnel?
Hey Europe! Watch the chickens
Comment