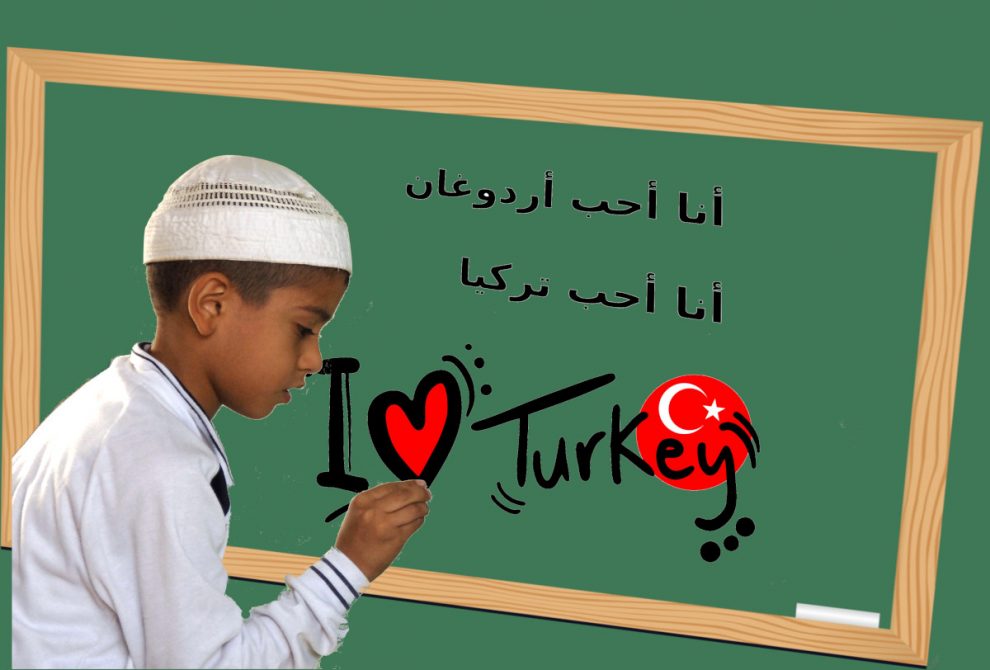 President Recep Tayyip Erdogan is popular in the Arab world, from West to East, perhaps even more so than he is within Turkey itself. The Arabs see Erdogan as a leader of the Ummah, not only the President of Turkey. Many have drowned in debate and questions about the reasons for his wide popularity among an audience which neither understands the Turkish language nor has been exposed to the Turkish media to have their opinions influenced.

Arabs circulate news and stories about Erdogan, as if they are telling the stories of great Muslim heroes such as Umar Bin Abd Al-Aziz, Salah Al-Din or Saif Ad-Din Qutuz. Although much of what people say about him is fantasy or wishful thinking, the result is that he enjoys an acceptance that no Arab or Muslim leader has had in decades. Some even refer to him as the Ottoman Caliph or the successor of Sultan Abdul Hamid II, who ruled the Ottoman Empire from 1876 until he passed away in 1918.

The logical connection between Erdogan and Sultan Abdul Hamid that exists in the minds of many Arabs has historical origins, of course, in the policy adopted by the Ottomans to strengthen ties between the Muslims. “We must strengthen our ties with the rest of the Muslims everywhere,” said the Sultan, “and we must become closer, as there is no hope in the future without unity.” This is the same policy that Erdoğan believes in today.

READ: The search is on for an Arab Erdogan

A number of distinct factors help to make President Erdogan so popular in the Arab world. For a start, since he and his party came to power in 2002, the Turkish economy has been buoyant. Throughout the period between 2002 and 2011, the average economic growth in the country averaged 5.2 per cent. This has risen over the past 6 years to 6.7 per cent, which has allowed Turkey to join the G20. In the 17 years with Erdogan at the helm, Turkey has been ranked 17th in the world in terms of the size of its economy, which has naturally reflected on the welfare of its citizens and their daily lives.

Erdogan and his party, for the first time in the history of modern Turkey, brought an end to military rule and the domination of the generals. This immediately reduced the level of corruption in the country. Many Arab countries are suffering from similar military domination over their governments, whereby even a low-ranking officer in the iintelligence agencies or the army is able to repeal a government or parliamentary decision for his or her personal gain.

The Turkish President comes from a poor family living in the countryside, and this background appeals to most Arabs. The family moved to Istanbul in search of a decent living. As a child, Erdogan was forced to work as a travelling salesman in the impoverished alleys of Istanbul selling watermelons and a Turkish bread called “Simit” so that he could help his father and his family, and to have some dignity in life. However, the Arabs have never known a president, neither before nor after the revolutions, not to sleep on silk and make their entourage and friends a corrupt class always ready to intimidate the people.

Turkey: 30,000 Syrians who were granted citizenship will vote

Importantly, Erdogan has opened Turkey’s doors to 3.4 million Syrian refugees, as well as tens of thousands of Egyptians, Libyans, Yemenis and other Arabs whose countries closed in on them. In a similar vein, Turkey currently hosts 72,000 foreign students, mostly Arabs, and most of them are studying with grants from the Turkish government, whereas the Arab countries do not provide their children with free education. During the past year alone, 83,000 Arab students have applied for scholarships to study in Turkish universities, while we have not heard of any Arab country attracting so many students by offering grants or any other means.

Moreover, most citizens of Arab countries can enter Turkey without restrictions or visas. This stands in stark contrast with the situation of Arab citizens trying to move from one Arab country to another facing visa requirements and other obstacles at the border.

When Israel killed nine Turkish citizens on board the Mavi Marmara in the Gaza Freedom Flotilla in 2010 (a tenth died later of his wounds), relations between Ankara and Tel Aviv were severed for five years. However, when Israel killed Arab citizens in an Arab land — Palestine — relations between the government and Tel Aviv simply “calmed down” for five months, not five years, and then returned to normal.

Finally, in democratic Turkey under Erdogan, a man imprisoned and accused of committing acts of terrorism and violence, Selahattin Demirtaş, was able to stand as a candidate in the recent presidential election. In the Arab world, the opposite happens, with presidents overthrown, arrested, imprisoned and forcibly disappeared. In Turkey, a prisoner can become a president, while in Arab “democracies” the president can become a prisoner, and all the ballot boxes can be discarded, as if elections never actually took place.

For all of these reasons, the Arab people like Erdogan, and they are flocking to live in Turkey. That is why they also followed last month’s presidential and parliamentary elections there as if they were taking place in the most important Arab capitals. They not only understand that they are the only fair elections in the region, but also believe them to be an important factor in determining the fate of the region itself. President Recep Tayyip Erdogan is having that much of an impact.